Congress to make determination on F-35s for Turkey

Defense officials have handed lawmakers a congressionally mandated report assessing the impact of Turkey’s removal from the F-35 program. 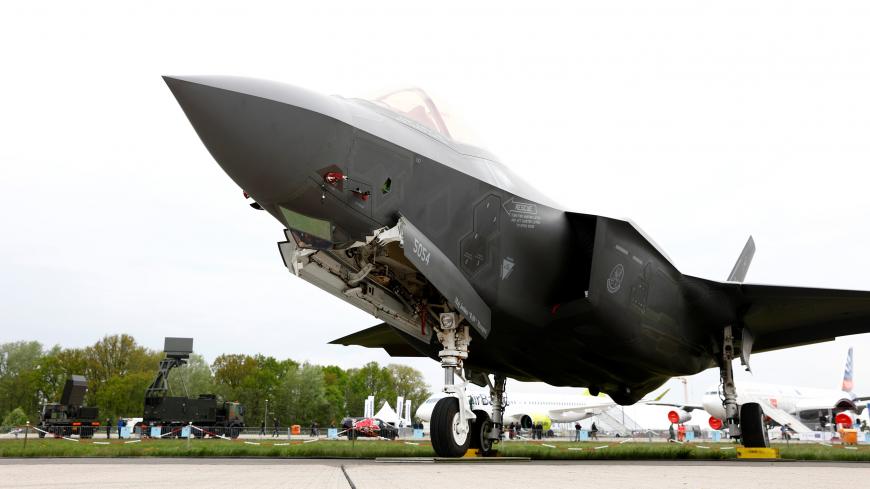 Congress now has its chance to evaluate Turkey’s participation in building the F-35 stealth jet after Defense Secretary Jim Mattis delivered a report to Capitol Hill on the NATO ally’s $12 billion contribution to the program.

Lawmakers are weighing whether to kick Turkish firms out of the F-35 program amid fraught relations with the NATO ally. Turkey has shown interest in purchasing up to 100 of the latest-generation aircraft and has already taken possession of two of them, but Congress froze further deliveries pending the report on the US-Turkey relationship, including Turkey’s participation in the fighter jet’s supply chain.

The Pentagon shared a classified version of the report with Congress on Nov. 16 that outlines possible delays the program would face from removing Ankara. Defense officials were quick to point out that the report would not impact the US military-to-military relationship with Turkey.

“Nothing has changed in our relationship with Turkey,” a US defense official told Al-Monitor. “The ball is in Congress’ court.”

Turkey builds the fuselage for the F-35 and is establishing engine depots for the airplane throughout Europe. Lockheed Martin handed over the first two Joint Strike Fighters to Turkey at an elaborate ceremony in Texas in August.

The Pentagon now expects members of Congress to come back with more requests for information, which could lead to a classified briefing on the report from Mattis. The defense secretary has jostled with lawmakers over keeping Ankara in the program, even as Turkey has detained several US citizens, sought to acquire the Russian-made S-400 missile-defense system system and engaged in cross-border attacks against Syrian Kurds helping US troops fight the Islamic State.

“If the Turkish supply chain was disrupted today, it would result in an aircraft production break, delaying delivery of 50-75 F-35s, and would take approximately 18-24 months to re-source parts and recover,” the defense chief said in a letter to lawmakers this summer.

Should the United States decide to remove Turkey from the F-35 supply chain, it would also have to figure out how to reimburse Ankara for the jets, and find new suppliers for the airplane’s fuselage and other parts.

But some experts who spoke with Al-Monitor said the risk of kicking Ankara out of the fighter jet program might be worth the reward.

“We have been willing to cut Turkey a great deal of slack, simply because we were afraid of risking access to Incirlik Air Base,” Michael Rubin, a resident scholar at the conservative American Enterprise Institute, told Al-Monitor. “What it seems that happens is frenemies among countries we do business with understand that hosting an American base or supporting an American supply chain is a get out of jail card, and that only makes their behavior worse.”

Rubin called on the Pentagon “to make sure there's duplication in the supply chain so Turkey doesn't proverbially have us by the balls.”

The classified report reflects the Pentagon’s concern that Turkey’s $2.5 billion purchase of S-400 air defenses could allow Moscow to train the system’s radar on the F-35. The system was first devised by Russia in the 1990s, partly as a response to US stealth capabilities, such as night flying.

US officials have expressed concern that the S-400 system would not operate in tandem with NATO systems. Turkish officials have responded by citing the case of fellow NATO member Greece, which acquired the Russian S-300 system from Cyprus in the 1990s but never integrated it with its air defense systems.

Turkey’s acquisition of the Russian system could also trigger State Department sanctions, which the United States can use against purchasers of Moscow’s military equipment. In July, Mattis sought sanctions waivers for several countries considering S-400 purchases, such as India and Vietnam. CNBC reported earlier this month that as many as 13 countries have expressed interest in the Russian system, which may be cheaper than US-made missile defenses.

Defense officials have floated the US-made Patriot missile defense system and the High Mobility Artillery Rocket System — known as HIMARS — as potential alternatives to the S-400, but sales of those systems would have to be approved by Congress. In the meantime, training for Turkish pilots continues at Luke Air Force Base in Arizona.

The earliest the F-35s could leave the US is next summer, another defense official told Al-Monitor, but delays could hold up delivery until 2020, accounting for training time on the aircraft. Congress could also weigh in to block the transfer of proprietary technology onboard, such as the F-35’s computerized logistics system.