Optimistic about its new government but concerned that brewing tensions between the United States and Iran could negatively impact Iraq, a senior Iraqi diplomat offered that Iraq could mediate between the nations. 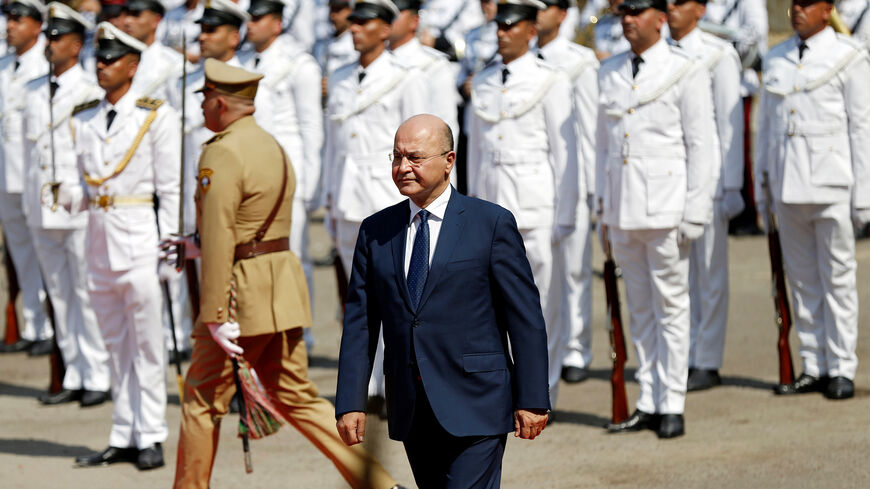 WASHINGTON — Concerned that tensions between Iran and the United States could blow back onto Iraq, a senior Iraqi diplomat said today that Iraq would be willing to facilitate dialogue between the two nations.

“Iraq is capable and willing to facilitate and create communication between not only … the US and Iran, but with all the countries in the region,” Ahmed Mahjoub, spokesperson for the Iraqi Ministry of Foreign Affairs, told a small group of journalists and analysts at the Iraqi Embassy in Washington.

“During the recent two years, Iraq was able to solve a couple of problems between states,” Mahjoub said, adding that he could not discuss the details because the parties agreed not to disclose the Iraqi role in those mediations. “But I assure you that Iraq managed to solve problems between states during the last few years, and I believe that Iraq is willing to continue to this role."

He stressed that Iraq can’t afford to be the battleground for any US-Iran escalation.

"The Secretary congratulated President Salih on his new position and underlined that the United States looks forward to working with him in this important role," a State Department readout of the call said. "The Secretary underscored continuing US support for a strong, sovereign and prosperous Iraq as outlined in our bilateral Strategic Framework Agreement with Iraq."

The Iraqi delegation was in Washington in part seeking waivers from US sanctions on Iran’s energy exports set to go into effect next month. Some two-thirds of Iraq’s electricity production is derived from imports of natural gas from Iran, Mahjoub said.

He also said that the Iraq government was blindsided by the decision announced last week by the State Department to order the departure of staff from the US Consulate in Basra, and stressed that the Iraqi government took its pledge to protect diplomatic facilities seriously. He urged the United States to consider reopening the consulate.

“We were surprised that our American friends withdrew their staff from the US Consulate in Basra,” Mahjoub said. “The Iraqi government always [honors] its pledge and commitment to protect all foreign missions in Basra.” He noted there are six consulates active and working there now, including from Britain.

The Iraqi diplomat questioned the Trump administration’s assertion that militia groups it alleges lobbed projectiles near US diplomatic facilities in Baghdad and Basra were being directed by Iran.

“I am not aware of the source of information that Secretary Pompeo has regarding the Iranian role in threats against the US Consulate in Basra,” Mahjoub said. “What I am pretty sure of is that the governate of Basra is totally safe, that the Iraqi government controls the security there and that there are no forces or military groups in Iraq who receive orders from abroad, whether from Iran or from another country.”

“The United States might have wanted to send messages to regional powers after its withdrawal, and we don’t want to see these messages sent via Iraq,” Mahjoub said.