Intel: How the release of a US pastor improves Turkey’s standing with Trump 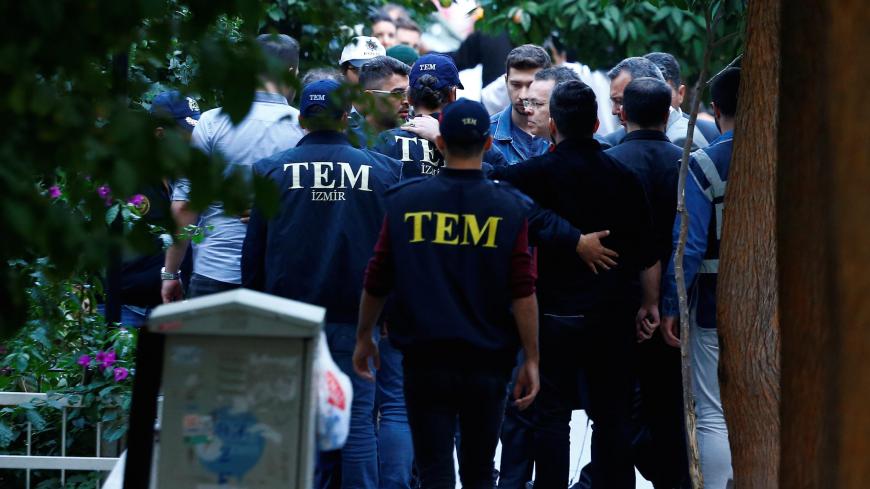 A Turkish court ordered the release of a US citizen today, giving President Donald Trump a victory to tout ahead of congressional elections in November. Although the court convicted evangelical pastor Andrew Brunson on charges of aiding multiple terrorist organizations, it sentenced him to time served, paving the way for his return home.

“PASTOR BRUNSON JUST RELEASED. WILL BE HOME SOON!” Trump tweeted in response to the news.

Why it matters: Brunson’s release has been a cause celebrate for Trump and Vice President Mike Pence, who have used it to fire up their evangelical base. After Turkey failed to release Brunson in July, Trump sanctioned two Turkish Cabinet members and doubled steel and aluminum tariffs on Ankara, exacerbating the lira’s downward slide. Now Trump has another win he can use to help boost Republican voter turnout in an election where embattled Republicans look increasingly likely to lose the House.

The Brunson affair has also contributed to Turkey’s bipartisan unpopularity in Congress, which is threatening to remove Ankara from the F-35 fighter jet production program. Lawmakers are also considering legislation to cut Turkey off from certain international lending streams.

What’s next: NBC News reported on Thursday that Brunson’s release came after the Trump administration reached a deal with Turkey on the sidelines of the UN General Assembly meeting last month. The precise details of the deal remain unknown, but it reportedly involves a US commitment to ease economic pressure on Turkey.

Nevertheless, White House spokeswoman Sarah Sanders said in August that Brunson’s release would not result in tariff reductions, which are purportedly tied to unrelated national security concerns. Washington is currently weighing the severity of a fine to impose on Turkey’s state-run Halkbank for circumventing US sanctions on Iran.

Other prisoners: While Brunson’s return home could improve US-Turkish ties, relations remain chilly. Congress has also harped on Turkey’s incarceration of another US citizen, NASA scientist Serkan Golge, as well as Metin Topuz, a Turk locally employed by the Drug Enforcement Agency. Neither Trump nor Pence have publicly referenced either prisoner. The United States also has outstanding concerns regarding Turkey’s planned purchase of the S-400 missile defense system from Russia.

Know more: Keep up to speed with the latest on Brunson and Turkey’s troubled relationship with the United States at Al-Monitor’s Turkey Pulse.