The King Salman Humanitarian Aid and Relief Center partners with Istanbul-based Ihsan to open a youth support center in al-Atarib, west of Aleppo 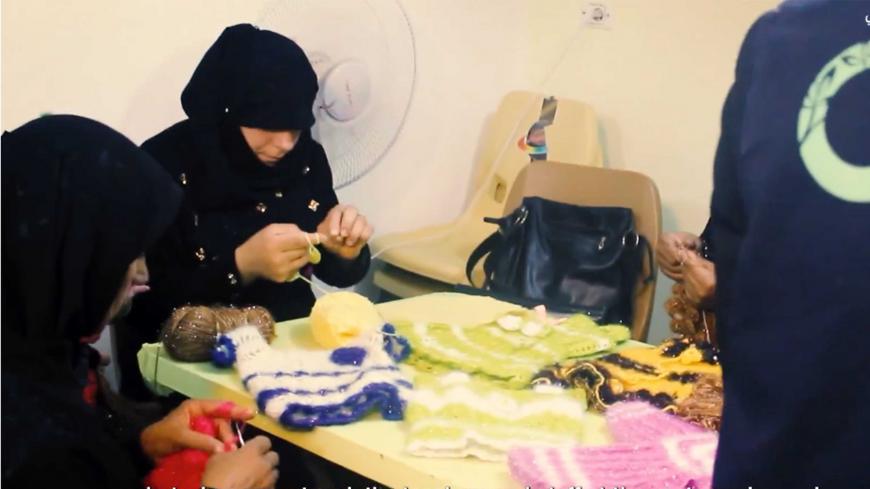 ALEPPO, Syria —  A newly opened Youth Support Center in al-Atarib, a town in the western Aleppo countryside, will provide training, from computer skills to English, to 250 young Syrians.

The center, which opened Sept. 17, is supported by the King Salman Humanitarian Aid and Relief Center, a Saudi not-for-profit organization whose headquarters were established in Riyadh in May 2015. The organization provides humanitarian and development aid to more than 37 countries, including Yemen, Sudan and Afghanistan. Its Iraq branch, which opened in August, provides aid to poor families and widows, particularly widows of those who died fighting among the ranks of the Free Syrian Army (FSA). The center also supports civilians in the opposition-controlled Euphrates Shield area and areas in Aleppo’s northern, northeastern and western countryside.

The center’s training courses include teaching the maintenance of electronic devices and generators, computer skills and English. Meanwhile, young women will be trained in sewing, hairdressing, first aid and housekeeping. These courses are offered free of charge and will last for one month.

The Youth Support Center’s director, Ahmad Hajj Taha, told Al-Monitor, “The center was established with the support of the King Salman Center and its implementation was overseen by Ihsan Relief and Development [a Turkish nongovernmental organization headquartered in Istanbul]. The project aims to provide training courses and support programs for young men and women between the ages of 16 and 24.”

He added, “There are two separate sections in the center; one for men and another for women. The first training courses will last for about one month until mid-October. The 250 trainees will receive 24 lectures each and we plan on providing more courses in the coming months.”

Taha continued, “The projects supported by the King Salman Center are concentrated only in opposition-controlled areas. They focus on the support of the local community. These courses in al-Atarib are supposed to qualify hundreds of young men and women to enter the labor market since many of these trainees are currently unemployed.”

Maha Abboud, 23, who is taking the hairdressing training, told Al-Monitor, “I did not have the opportunity to complete my university education because of the war, so I'm here now to learn a profession I love. This will be an intensive training course. If I succeed in mastering the profession I can open a hair salon for women. I really think I can do it.”

On Aug. 15, Ihsan signed a memorandum of understanding with a number of local councils in the northern countryside of Aleppo to implement another joint project supported by the King Salman Center to foster small businesses in the region. The aim is to help impoverished families to make a living by training and equipping a family member to launch a small, mostly traditional business, such as iron mongering, animal breeding or carpentry.

Ihsan media official Amer Bakour told Al-Monitor, “Ihsan oversees several projects supported by the King Salman Center, the Youth Support Center in al-Atarib included. The small grants program aims at helping families in need of small productive projects that generate enough money to cover living expenses. As a first step, Ihsan provides necessary training to plan small projects in terms of setting a budget and developing a strategy. Then it provides both business advice as well as seed money to selected project proposals. For example, it has provided sewing equipment for a widowed woman to support her family.”

The project offers between $1,000 and $2,000 for each business to get it up and running. Bakour said, “Such small projects are expected to be very successful and many families will benefit from them. We expect these projects to enable families to cover their monthly expenses, food, drink and other essential needs.”

In addition to helping individuals better their lives, the center also seeks to improve living conditions in the region. On Aug. 31, the King Salman Center launched a project to rehabilitate public facilities in the Euphrates Shield area in early September that is scheduled to be completed before winter and rainfall. The project aims to rehabilitate 495 houses in the area that were damaged by shelling, in addition to reconstructing 1,335 houses in full.