The summit taking place in Iran between Russia, Turkey and Iran on Friday can lead to the end of the Syrian civil war. 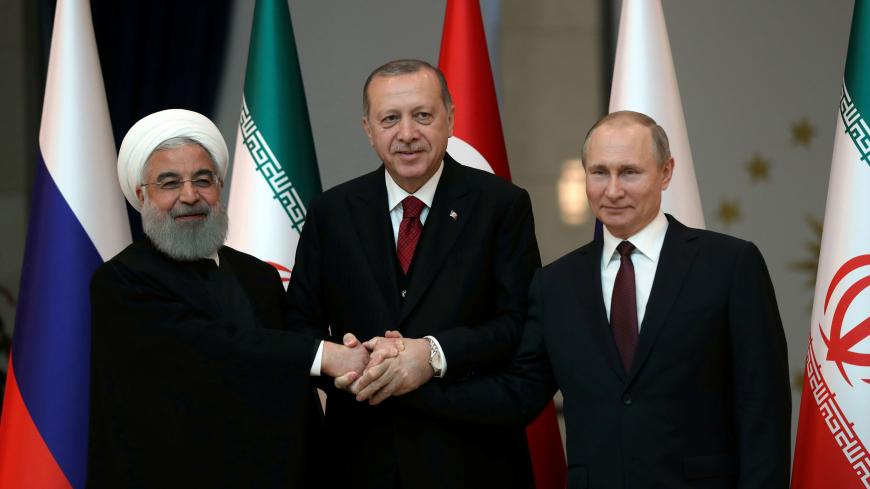 The upcoming battle in Syria in the province of Idlib has been described as the last major battle between the Syrian government and opposition forces. With approximately 3 million residents in the rural area and home to opposition groups, some of which have relocated to the province after having struck a deal with the government, Idlib will determine not only the future geography of the Syrian government but the influence of regional and world powers intricately involved in the seven-year-old Syrian civil war.

The presidents of Turkey, Iran and Russia, three of the most influential foreign countries in Syria, are scheduled to meet in Iran on Friday to discuss the future of Idlib and, ultimately, Syria. The meeting in Tehran, which was originally scheduled to be held in the northwestern city of Tabriz, is the third meeting between the three presidents to discuss Syria.

An article in Mehr News wrote that Syrian troops are prepared for the Idlib battle and will likely begin operations after the summit between the three countries. Turkey has been one of the biggest sponsors of opposition groups, while Russia’s air support and Iranian advisers have helped keep the Syrian government afloat when the tide of the war was turning against them.

Iranian analyst Mahmoud Shouri told Defah Press that despite the differences among the three countries, their ability to sit with one another and encourage dialogue between the Syrian groups demonstrates “political maturity in resolving regional issues.” More importantly, Shouri added, it demonstrates the ability of the three countries to resolve disputes without outside powers — a likely reference to America’s dominant role in the region. Heshmatollah Fallahatpisheh, head of parliament’s National Security and Foreign Policy Commission, also referred to the lack of American involvement, noting that “for the first time in West Asia an initiative has been undertaken without the role of America.”

An article in IRNA reported that this meeting is “the third step of Russia, Turkey and Iran in ending terrorism in Syria.” Iranian officials refer to all armed oppositions as terrorists. The first two “steps” were the meetings in Sochi, Russia, and Ankara, Turkey. The IRNA article stated that attempts by the United States, Israel and some Arab countries to expel Iran from Syria have failed, and that with Iran’s role in fighting the Islamic State in Syria and Iraq — and with the summit taking place in Tehran — Iran’s influential role in the region has been established.

The IRNA articled also noted that the Tehran summit is taking place in the backdrop of Donald Trump’s attempts to isolate Iran and ignore Iran’s “important role in regional developments,” that the summit “rips apart Trump’s illusions” about Iran, and that Iran is a significant regional player despite its poor economic conditions and the newly imposed US sanctions.

The IRNA article added that Turkey and Iran would discuss continued economic relations in spite of US sanctions. A common point amongst a number of Iranian media to cover the summit noted that all three countries have been sanctioned by the United States to one degree or another. The article also stated that Russia and Iran would discuss Israeli attacks on Iranian positions in Syria and the issue of Syria's reconstruction.