The Ottoman roots of Sweden's beloved meatballs has caused an amusing social media flurry and reminded the world of the incredibly diverse culinary heritage of Anatolia. 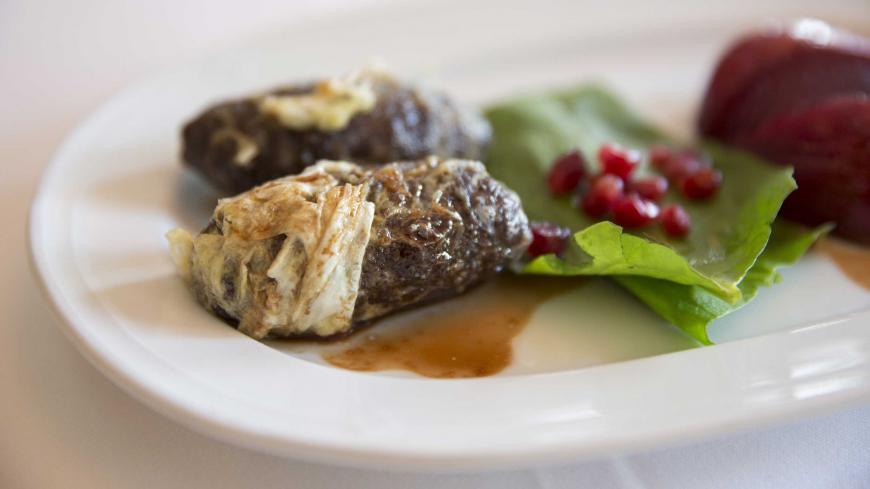 “Swedish meatballs are actually based on a recipe King Charles XII brought home from Turkey in the early 18th century. Let's stick to the facts!” announced Sweden’s official Twitter account on April 28, starting a flurry that still continues after almost three weeks. At the time of writing, the tweet has racked up more than 8,000 retweets and 21,000 likes. The photo that accompanies it resembles the iconic menu item in the restaurants of IKEA, a Swedish furniture company with stores all over the world. It shows the round meatballs, known as kottbullar, under gravy, with lingonberries and mashed potatoes on the side.

Although the tweet attracted a flurry of comments from all over Europe and Turkey, food historians and gourmets have long been onto the link between the Turkish kofte and kottbullar.

The generic translation of kofte is meatballs, a word that falls far short of describing the great variety of the Turkish staple food. Specialists of Turkish and Levantine cuisine concur that “kofte” is neither solely meat nor always shaped like a ball. It is a versatile food that can be both vegan and vegetarian, as in pirasa koftesi, made of leek, or mercimek koftesi, made of lentils. Some versions of kofte are shaped like cylinders, fingers or almonds. So when Turks use the word, they can be referring to any dish of ground meat, liver or fish, or a vegetable pulp mixed with spices and herbs. These can be boiled as dumplings in a soup, fried or grilled.

Every Turkish city — and indeed almost every district of major cities like Istanbul — has a special kofte of its own. Unlike the kottbullar, which contains pork, they are most commonly made of veal, beef or lamb, or a mixture of the three. For a good recipe, it is crucial to have a good balance of meat fat. Kofte aficionados will swear that recipes that include any sort of gluten (bread and its varieties) are inferior. The traditional reason for adding breadcrumbs is to stretch the meat, which is expensive. The best kofte is made with fresh, properly ground and pounded meat that may include ground onions and spices.

Opinions about its proper preparation also run strong. Connoisseurs are likely to say it's best to cook it on a wood fire. The smoke enhances flavors and the juices run.

Then there is serving the precious koftes. Although touristic restaurants in major cities serve French fries or rice, called pilav in Turkish, with kofte, they are not traditional. Proper kofte restaurants will couple it with piyaz — white beans cooked in olive oil with sweet onions — or with onions and parsley or with grilled peppers and tomatoes when in season.

A true kofteci, a kofte restaurant, makes no claims of variety. Established in 1893 by Bulgarian immigrants, Felibe Koftecisi still operates in Sirkeci with a three-item menu. When asked why kofte is not served in lavash (thin bread) or over rice, the chef told Al-Monitor in a previous interview that it would be a shame to “hide and dilute” such an amazing taste. “If you want to eat bread, go to the bakery,” he added playfully. His attitude and simple menu can be taken as the marks of a fine kofte establishment, where kofte is not just another offering but the menu itself.

Different types of kofte call for different spices, and some, like cylinder-shaped Inegol kofte, take none at all. Yet many kofte lovers agree that the best-known kofte spice mixture is made of seven ingredients: ground sweet red pepper, ground coriander, hot red pepper, black pepper, cumin, dried oregano and mint. A notable exception is the southeastern delicacy of spicy tartare meatballs, or cig kofte, in which at least 30 different spices are used to cure the raw meat.

In 2005, Sabah shared research gathered by a private firm that discovered 291 different kofte recipes in Anatolia. One of the favorites is the saucily named kadinbudu kofte, literally “lady’s thighs meatballs,” which are dipped in an egg wash and then fried.

Another type of small meatballs called eksili kofte, or yiouvarlakia soupa avgolemono in Greek, are made with rice or bulgur. These little dumplings, served in a broth enriched with egg and lemon juice, are said to be the best cure for the common cold.

Another labor-intensive type of kofte is icli kofte, also known as kibbeh around the Levant. This kofte has a fine bulgur shell that is rolled into a cone shape and filled with ground beef, nuts and spices and closed to form a mini football shape. The outer shell must be kneaded slowly and thoroughly. The author's aunt from the ancient town of Kharpout, in east Anatolia, used to compare the icli kofte to family secrets: Unless you made the shell strong enough, it would crack and secrets would spill out everywhere.

Another popular kofte designed for barbeques and found in many restaurants is called shish (skewer) kofte. In this version, kofte is made not into small balls but rather a big skewered piece served with a type of flat bread.

There are also quite delicious vegetarian and vegan versions of kofte. Leek, zucchini, spinach and carrots, as well as beans and lentils become the main ingredients of these koftes. Some recipes include Gruyere cheese or its Turkish version known as kashar, but most are vegan. Some delicate versions, such as havuc koftesi, use carrots as the main ingredient and may include dried apricots and pine nuts, making them not only delicious but also quite nutritious.

Robyn Eckhardt, a food journalist and the author of “Istanbul and Beyond: Exploring the Diverse Cuisines of Turkey,” told Al-Monitor that a vegetarian cig kofte was her favorite: “I find [meatless cig kofte] to be just as enticing, made only with bulgur, tomato and pepper pastes, parsley, onion and a few spices.”

She went on, “Put a kofte with its characteristic indentations [made during shaping with fingers] in a leaf of romaine lettuce, add a sprig of parsley, one of arugula and also a mint leaf or two, then a drizzle of spicy [sauces such as nar eksili ezme or pomegranate molasses salsa], the most perfect mouthful ever.”

As Eckhardt and other chefs emphasize, vegetarian kofte versions are little known outside Anatolia, but they are becoming more popular as zucchini fritters or carrot balls for Western health-conscious consumers. Several of these recipes, such as mercimek kofte (lentil meatballs), can be made in advance with no frying or baking necessary. Whatever the ingredients or time available, a seasoned Turkish cook would come up with a kofte recipe just right for any occasion.