The discovery of a mummy rumored to be the former shah of Iran has stirred fascination and controversy. 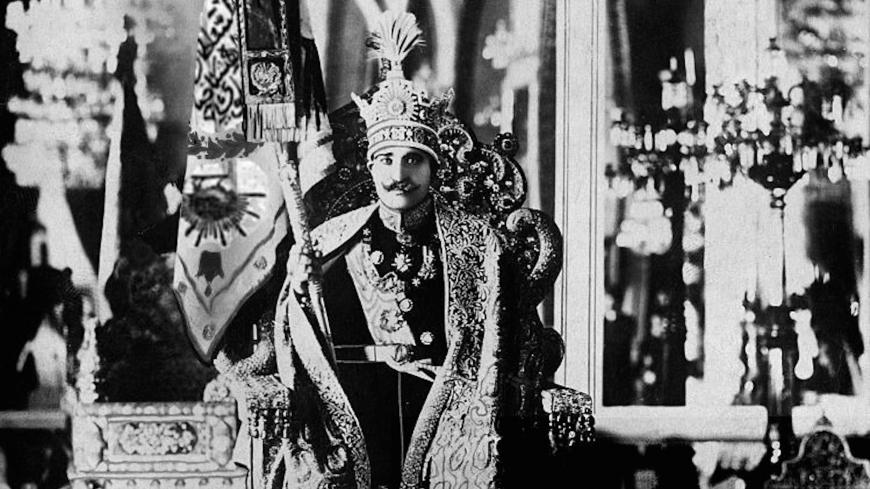 Reza Shah Pahlavi, the founder of the Pahlavi dynasty, is seen at his coronation in Tehran, Iran, April 25, 1926. - Wikimedia Commons

The Iranian media erupted April 23 with news of the discovery of a mummy that seems to be the remains of Reza Shah Pahlavi, the founder of the Pahlavi dynasty (1925-79) in Iran.

Reza Shah, who is also commonly known in Iran as Reza Khan, ruled the country from 1925 until 1941. As the United Kingdom and the Soviet Union invaded and occupied Iran during the Second World War, he was forced to abdicate in favor of his son Mohammad Reza over his suspected Nazi sympathies. The younger shah was toppled in the 1979 Islamic Revolution, ending the monarchy in Iran.

After his abdication, Reza Shah was exiled to South Africa and passed away in Johannesburg in 1944. After his death, his remains were mummified and taken to Egypt, where they were kept until being taken to Iran and buried in Shahr-e-Rey in the south of Tehran, close to the Shah Abdul Azim shrine.

After the 1979 Islamic Revolution, revolutionary figure Sadegh Khalkhali destroyed Reza Shah’s tomb, but according to Khalkhali’s memoir, no remains were found at the site. Khalkhali’s book posits that before leaving Iran in 1979, Mohammad Reza Shah had dug up his father’s body and taken it to Cairo and then on to Los Angeles.

According to an April 23 report by the semi-official ISNA news agency, workers found a mummified body at the site of the ruined tomb of Reza Shah during an excavation to renovate the shrine. Officials reacted to the report with doubt that the body belongs to Reza Shah or was even mummified, stating, “The area around the Shah Abdul Azim shrine was a cemetery before, so discovering a corpse in this area … is a natural thing.”

In contrast, Hassan Khalilabadi, a member of the Reformist-dominated Tehran City Council, confirmed on April 23 that the corpse had indeed been mummified. Khalilabadi, who is the head of the city council’s cultural heritage and tourism committee, added, “Some have speculated that the body belongs to the first Pahlavi [who] had been transferred to Tehran mummified and was buried in Shah Abdul Azim shrine.” He continued, “Whoever the mummy belongs to, it should be preserved as it is considered heritage.”

In reaction to the reports, Dr. Ahmad Shojai, head of the Iranian Forensic Medicine Organization, stated April 24 that the identification of mummified bodies is possible but “difficult and time-consuming.”

Meanwhile, unverified pictures of a mummified body claimed to be the one found by the shrine circulated in the Iranian media and social networks paired with a picture of Reza Shah in a coffin.

Historian Abdollah Shahbazi wrote on his channel on the popular smartphone messaging app Telegram on April 24 that the published pictures do not appear to be Reza Shah, who was buried in only a burial shroud in accordance with Islamic tradition. He also said that while the mummy was discovered in a cemetery on the western side of the Shah Abdul Azim shrine, the former king’s burial place was situated elsewhere and is now under the shrine's seminary.

However, a number of other historians do believe the mummified body is that of Reza Shah. Ahmad Abou-Hamze, an expert on the history of Shahr-e-Rey, told the Reformist Shahrvand April 24, “No other body was buried in the area where the [excavation] operation was underway. … Therefore, if the found corpse is mummified, it 100% belongs to the first Pahlavi. That place has never been a burial site for [other] mummies.”

by Murielle KASPRZAK and Joseph SCHMID | AFP | May 26, 2022
END_OF_DOCUMENT_TOKEN_TO_BE_REPLACED