Russia resumed flights to Egypt today after two years of suspension in a move expected to give a massive boost to tourism. 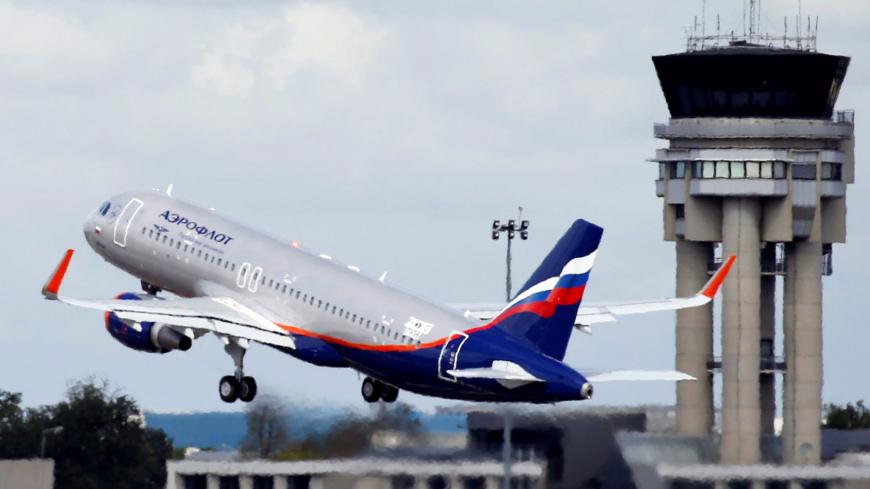 Egypt expects a massive boost in tourism after Russia’s decision to resume flights to Cairo as of April 11 after a two-year suspension. For Egyptian tourism insiders, this decision will revive Russian tourism to the Red Sea coastal cities.

A new round of negotiations between Moscow and Cairo is expected later this month to discuss resuming flights to Red Sea resorts.

Russian President Vladimir Putin issued a decree in January to resume regular air traffic services between the two countries, and in March, Russia’s largest airline, Aeroflot, announced that it would resume commercial flights to the Egyptian capital for the first time in two years.

In late 2015, Egyptian-Russian civilian air traffic was halted by Moscow after a bomb went off aboard a Russian jet over the Sinai Peninsula, killing all 224 its passengers. Egypt’s tourism sector has suffered greatly since then, as Russians make up the largest number of the tourists to Egypt.

Following the 2015 incident, Egypt has tightened security in its airports to satisfy Russian concerns.

EgyptAir, the country's flagship carrier, is beginning thrice-weekly flights to Moscow on Sundays, Tuesdays and Thursdays beginning April 11. There will be flights from Moscow to Cairo on Mondays, Wednesdays and Saturdays.

EgyptAir CEO Safwat Musallam told the local media March 19 that the carrier will offer additional flights to transport football fans during the 2018 FIFA World Cup, due to be held from June 12 to July 2 in 11 Russian cities.

Red Sea coastal cities are some of the main tourist destinations in Egypt. Its cities like Hurghada and Sharm El Sheikh have sandy beaches, clear water and coral reefs, all favorites for beach lovers and scuba divers. Some of the Red Sea cities also boast many Pharaonic and Roman antiquities in addition to Christian and Islamic sites.

“We are optimistic that the number of Russian tourists will be doubled compared to previous numbers,” Elamri said, pointing out that the mega-projects currently being implemented under the aegis of President Abdel Fattah al-Sisi will help the tourism and economic sectors recover.

“The New Alamein City in Marsa Matrouh governorate, for example, will help increase tourists not just from Russia but from all over the world,” he noted.

In March, Sisi inaugurated the first phase of New Alamein City just south of the Mediterranean coast. It will be completed within two years and is expected to house 3 million people. The coastal sector will have an international tourist center as well as archaeological and business areas.

“This is a good step in capitalizing on the north coast, which should be used in establishing tourist villages that will reinvigorate the tourism sector,” Elamri pointed out.

“In addition to the current Sinai operation, which aims to uproot terrorism from this important area and from all over Egypt,” he said, “This will reassure the world that Egypt is a country of safety and security.” He pointed out that terror attacks hit many countries all over the world, not just Egypt.

In another approach to rekindle Russian tourism, an Egyptian-Russian film based on a novel written by Russian writer Elena Serebryakova is due to be screened in Russian and Egyptian cinemas this summer. "Smile, You Are in Egypt," directed by Egyptian Khaled Mahran, stars actors from both countries as well as from Turkey and Jordan.

It was filmed in a number of tourist destinations in Russia in addition to Egyptian Red Sea resorts and architectural sites in Cairo and Luxor. It tells the story of four young Russian women who came to live in Egypt after the Soviet Union dissolved.

Hamdi el-Shami, a former undersecretary of the Tourism Ministry, believes that any country's tourism sector might experience such dips, but will never die. “If any country suspended its flights to Egypt, we don’t have to wait eagerly for its return, which will happen inevitably, sooner or later. Until this happens, we should look for another market,” he told Al-Monitor.

He added that Egypt has a great deal of tourism potential such as religious and cultural attractions. “Actually, we have a problem in tourism marketing,” he said, explaining that the government should diversify its support for the tourism sector and not focus only on a single segment.