Why Israel should deal directly with Iran

Instead of campaigning against the Iranian nuclear agreement, Israeli Prime Minister Benjamin Netanyahu must seize the moment and open a dialogue with Tehran. 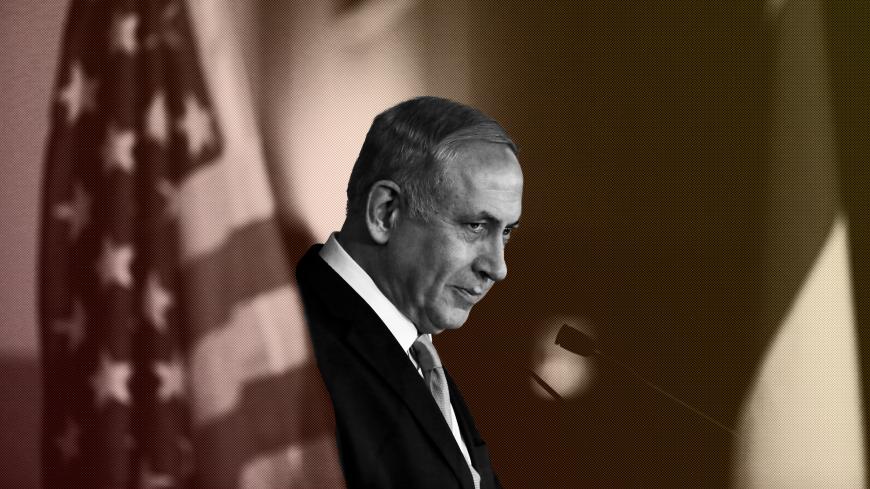 Israeli Prime Minister Benjamin Netanyahu decided to attend the annual conference of the American Israel Public Affairs Committee lobby in Washington on March 4 and leave his legal troubles at home. And so, he will surely take the opportunity to mobilize the American Jewish community, the US Congress and the media for his campaign against Iran. He will focus on encouraging President Donald Trump to announce a US withdrawal next month from the 2015 nuclear agreement between world powers and Iran unless the Iranians agree to renegotiate the deal. Netanyahu can already take credit for one achievement: In order to tempt Trump to adhere to the deal, the five other world powers that signed the agreement are pressing Iran to negotiate limitations on its ballistic missile program and drop its support for terror organizations, chief among them Lebanon’s Shiite Hezbollah group.

The name of the game in conflict zones worldwide is “when you have to shoot, shoot, don’t talk.” To paraphrase the famed line from the film classic “The Good, the Bad and the Ugly,” if words are not enough, talk with incentives and sanctions. Occasionally, as in the case of South Korea and North Korea, table tennis champions and medal-winning short track speed skaters with the joint delegation at the Winter Olympics in Pyeongchang are also able to break through diplomatic barriers.

In recent weeks, the United States has been attempting to resolve a festering dispute between Israel and Lebanon over natural gas exploration in a triangular Mediterranean area covering 860 square kilometers (332 square miles). The standoff has been exacerbated by Lebanon’s objections to a border fence Israel is building, claiming its planned course intrudes into Lebanese territory.

Acting Assistant Secretary of State for Near Eastern Affairs David Satterfield has been shuttling back and forth between Washington, Beirut and Jerusalem in a bid to forge a compromise based on a 2012 plan by US envoy Fred Hoff that calls for Israeli-Lebanese land exchanges in 13 contested areas. On Feb. 15, Secretary of State Rex Tillerson himself held talks with Lebanese leaders in Beirut. He traveled from one headquarters to the next to meet with President Michel Aoun, Parliament Speaker Nabih Berri and Prime Minister Saad Hariri. Like Satterfield, Tillerson avoided a direct meeting with representatives of Hezbollah, but everyone knows the organization’s secretary-general, Hassan Nasrallah, is kept in the loop on every conversation and his opinion is sought on every proposed compromise. Hezbollah has been keeping close tabs on Block 9, the main gas-rich maritime area over which Israel and Lebanon are rowing. On Feb. 6, Hezbollah posted a video in which Nasrallah threatened “whoever abuses oil and gas sites in Lebanon’s economic waters.”

On the eve of his Lebanon visit, Tillerson said, "We also have to recognize the reality that [Hezbollah] are also part of the political process in Lebanon.” When Israeli Energy Minister Yuval Steinitz said “a diplomatic solution is preferable for both sides,” he is in fact confirming that Israel is conducting diplomatic contacts with Hezbollah. Israel claims, quite rightly, that Hezbollah is the regional sales rep of Iran’s Shiite republic. Therefore, Israel is also conducting negotiations with Iran. These are always “indirect” contacts, such as the 2011 negotiations with the Hamas organizations on the deal for the release of captured Israeli soldier Gilad Shalit. Such was also the case when top Israeli officials met at the 1991 Madrid Conference with Palestinian representatives from the West Bank who, in fact, took their orders from the PLO, which Israel had not recognized at the time.

The American mediation efforts between Israel and Lebanon have reached a dead end. Satterfield has returned to Washington to prepare for his next posting. The indirect negotiations between Israel, Hezbollah and Iran have made way for military threats. Nasrallah announced Feb. 16, “If the Lebanese Higher Defense Council makes an official decision that some gas and oil rigs in the Palestinian sea — a sea plundered by Israel, the enemy entity — must not operate, I promise you that within a few hours they will not operate anymore." On the other hand, Israeli Defense Minister Avigdor Liberman warned international gas companies they would be making a mistake by participating in Lebanon’s gas and oil exploration tender in the contested area.

Jerusalem is not taking Nasrallah’s threats lightly. Education Minister Naftali Bennett, the chair of HaBayit HaYehudi, complained that Israel had enabled Hezbollah “to arm itself with 130,000 rockets” (and did not forget to accuse the government of former Prime Minister Ehud Olmert, and Netanyahu’s first government of “strategic failures” in this regard). Steinitz said Hezbollah’s ballistic missiles “are sometimes sufficiently precise to hit” Israeli power plants or other strategic installations. Israel, he added, is “doing a lot to defend” itself with anti-missile technologies. However, “we are certainly concerned and not sitting idly by.”

We don’t know whether, in confronting the threat, Israel is also preparing for the possibility that an Iranian company may be awarded the contract to explore gas fields off the Lebanese coast. A drilling rig full of Iranian engineers and technicians is not an unmanned Iranian drone on an incursion into Israel. The bodies of Iranian civilians are not bits of a plane wreckage that Netanyahu can present to participants at an international conference as he did in Munich on Feb. 18, when he held aloft part of the downed Iranian drone. What we do know is that Israel is not preparing to open a direct communications channel with Iran, and not just to discuss the gas dispute. This is in fact regrettable; Israel and Iran could forge the “ultimate deal” for the sake of their security and well-being of their citizens.

Iran has already hinted it is willing to do business with Israel. As reported previously in Al-Monitor, Iranian President Hassan Rouhani voted in favor of the final December 2017 communique of the Organization of Islamic Cooperation in Istanbul, which included support for the 2002 Arab Peace Initiative. In May 2017, Rouhani was sharply critical of the Islamic Revolutionary Guard Corps for inscribing Iranian ballistic missiles with the words “Israel must be wiped out.” He accused the head of the elite corps, Qasem Soleimani, of seeking to sabotage Iran’s agreement with world powers over its nuclear program. The agreement has resulted in economic well-being for many Iranians and bolstered the country’s political pragmatists led by Rouhani, to the chagrin of the zealous exporters of the Islamist revolution.

Netanyahu has a proven track record of convincing authorities in Washington to undermine Iranian interests for the sake of what he views as Israeli ones. It is time for him to use his influence to forge a new relationship with Iran based on mutual interests. This includes, of course, a regional peace arrangement and an end to Israel’s 50-year occupation of Palestinian land. At worst, the attempt will fall flat, the Saudis will be angry but Israel will have shown the world that it seeks peace. At best, Israel will fend off the threat from its strongest rival in the Middle East and from its partners in Syria and Lebanon. A deal with Iran will not wipe the slate clean on Netanyahu’s various police investigations, but it will signal the beginning of a major important chapter in the history of the State of Israel.