The Netanyahu government is pleased with the current situation: The Palestinians are rejecting any US mediation and Egypt is angry at Hamas over smuggling/terror tunnel. 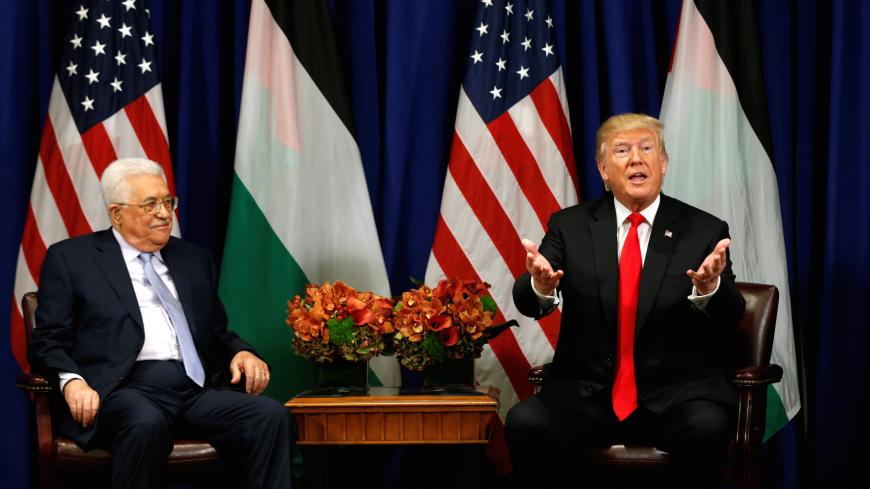 On the night of Jan. 13-14, Israel Defense Forces (IDF) aircraft reportedly bombed “terror targets” in the Gaza Strip. In the morning, it emerged that this was a Hamas attack tunnel, the fourth one to be destroyed in recent months and the most important of its type. This tunnel had strategic potential for a mass terror attack in Israel; it also violated Egyptian sovereignty in the Sinai Peninsula, thus becoming a virtual bomb that could torpedo the Hamas-Egyptian honeymoon as well as Palestinian reconciliation. Meanwhile, the PLO Central Council under President Mahmoud Abbas was supposed to convene in Ramallah in the evening of Jan. 14 in order to draw conclusions from US President Donald Trump’s “Jerusalem proclamation” and then make those conclusions public. Also, Abbas was to officially sign the divorce decree from the Trump administration.

These two events — the tunnel bombing and Palestinian-US crisis — caused much satisfaction in Jerusalem: On the one hand, the peace process is deader than ever. This time, not only is there no partner, but there is also no mediator. On the other hand, the Palestinian reconciliation in the Gaza Strip that worried Israel (and with which Israel was forced to cooperate) is also threatening to collapse. No wonder that the higher-ups in Jerusalem have been showing signs of satisfaction in recent weeks, rubbing their hands with glee. The only problem is that the dead end reached by the Palestinians on both fronts may well beget calamity. The last time this happened was the summer of 2014, when all sides were dragged into the 2014 Israel-Gaza conflict (Operation Protective Edge). According to the Israeli defense system, this scenario may well repeat itself.

All those who visited Ramallah in the last few days received the clear impression that the Palestinians have descended to the lowest rungs they reached since the signing of the Oslo Accord with Israel in 1993. Throughout the terror waves in the 1990s, the second intifada (2000-2005), the election of Prime Minister Benjamin Netanyahu in 1996, even when the situation seemed to have hit rock bottom, at least some distant hopes remained. Netanyahu did not abolish the Oslo Accord in 1996 but ratified it and returned Hebron to the Palestinians in 1997. The second intifada did not destroy the peace process, but encouraged late Prime Minister Ariel Sharon to carry out the 2005 Gaza disengagement. This time, there is no hint at all that something positive awaits the peace process around some distant corner. The light at the end of the tunnel has become a train, roaring from the opposite direction into a head-on collision. Palestinian despair seems incurable.

In addition, bits of information reached Ramallah on the US intention of turning Ramallah into Palestine’s capital city. High-ranking Palestinians explained to the Israelis that under such circumstances, there was no point to continue with US mediation. Abbas’ divorce decree was final and absolute. According to Abbas, Trump was not a fair mediator but instead was completely biased in Israel’s favor.

The Palestinians were asked if they had an alternative plan. According to Bar-Lev and Michaeli, the Palestinians suggested a configuration such as the one used for the negotiations between Iran and the powers. Perhaps even the exact same one. You don’t have to worry about that, they told the Israelis — you have unprecedented relations with Russia and even the rest of the powers will not try to force an arrangement on any of the parties involved. But we will no longer accept the Americans as an exclusive mediator, period. There is no reason not to adopt the “P5+1” configuration (five permanent UN Security Council members plus Germany) for the Israeli-Palestinian negotiations as well, they said.

In the course of the conversation, the Palestinians admitted that Abbas used Trump’s “Jerusalem proclamation” as an excuse to declare war and a final divorce from the US administration. We know, they said, that the declaration itself was not especially important and its true influence on the ground is limited. What really worried them, they said, was the news items they received about Trump’s peace program. In the course of the conversation, the Palestinians used harsh terms to describe the behavior of the US president, whom they called “insane.” They let their Israeli counterparts understand that they would have nothing more to do with Trump and his peace team — the game is over, they said.

Ever since Trump was elected, he has been the hottest issue under discussion on the Israeli-Palestinian front. Is he really a sworn fan of Israel who would do everything he could to allow Netanyahu to continue to freeze the peace process, or is he an experienced businessman who wanted to make “the ultimate deal” and is capable of doing what none of his predecessors dared to do? At this point in time, Trump seems like a dream come true for Netanyahu and the Israeli right wing, whoever and wherever they are.

True, when it comes to Trump, anything and everything can change in any direction at any moment. But as of now, the merriment in Netanyahu’s right-wing coalition is authentic and, evidently, also justified.

Things are also falling into place on the southern front: The tunnel that was destroyed is, as aforesaid, the fourth such tunnel that was uncovered, marked and destroyed by Israel in recent months. We are not looking at just a series of local successes; now it is clear that Israel has the exclusive ability of sealing off Gaza underground. This is very bad news for Hamas, which pinned all their hopes on this last tunnel. It was dug from Rafah, in the southern part of Gaza, and situated underneath infrastructure that supplies gas, electricity, water and fuel to the Palestinians under the Kerem Shalom crossing. Then the tunnel crossed to Sinai, thus violating Egyptian sovereignty, and from there into Israeli territory. It was a multi-purpose tunnel. According to IDF spokesman Brig. Gen. Ronen Manelis, the tunnel was designated to be used for terror purposes and also for smuggling weapons that Iran was supposed to send to the organization via Sinai.

The very creation of this tunnel in its specific location and during this specific time period constitutes a major affront to the Egyptians, who were making efforts to slightly release its tightening chokehold on Hamas. The big question that is being asked is, whom will the Egyptians believe: Hamas, which argues that the tunnel was only for "normal" smuggling, or Egypt’s Israeli ally, which knows how to present intelligence proving the opposite?

Last week, the Egyptians forcefully denied having any intentions of even considering the idea of enlarging the Gaza Strip into Sinai territory (reportedly Trump’s plan). Now they will have to choose between several other unpopular alternatives.