Israel's right-wing government is set on expelling African illegal immigrants, who face great danger in their home and host countries. 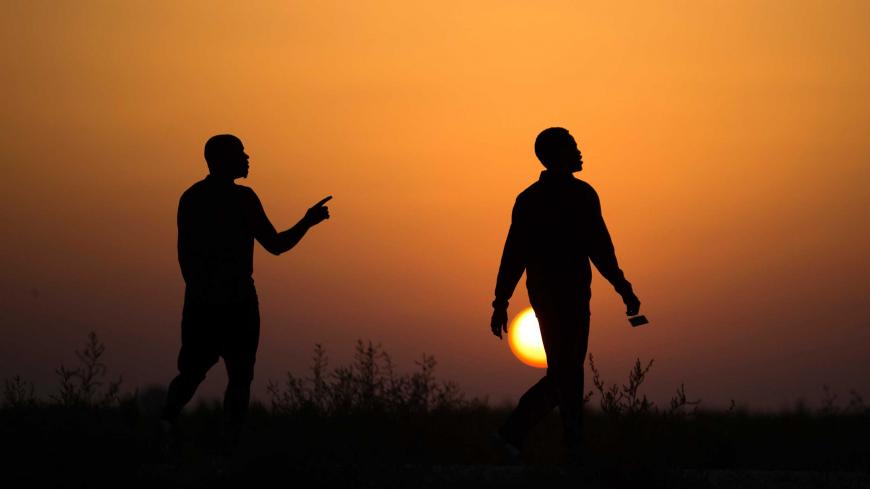 It is well-known that Prime Minister Benjamin Netanyahu has made recognition of Israel as the state of the Jewish people a condition for peace with the Palestinians. The prime minister’s speeches are saturated with quotes from Jewish literature and history. The nationality bill that Netanyahu tirelessly promotes is meant to fortify the identity of the state of Israel as the state of the Jewish people. To protect the Jewish majority, Netanyahu has invested hundreds of millions of shekels in closing the southern border of Israel to refugees and economic migrants from Africa. That same state of the Jews, which was created to be a safe haven for Jewish refugees, today sends refugees to their death. And that is just for starters.

On Dec. 11, the Knesset plenum passed, by a 71-41 vote, a law that would deport and imprison thousands of refugees living in Israel. This month, Netanyahu directed the National Security Council to formulate a plan to forcibly deport those refugees who refuse to “voluntarily be removed.” That is, the fate is sealed even for those who prefer living in an Israeli prison to dying somewhere in Africa.

The prime minister offered the “infiltrators,” as he calls them, “to leave voluntarily, respectably, humanely and legally.” Either the prime minister is knowingly lying or he is completely detached from reality. Either way, his plan is neither respectable nor humane, and according to international law, it is also not legal.

The websites of refugee aid organizations and newspapers placed on his desk every morning are full of detailed descriptions of the “humane” path awaiting those who “leave voluntarily.” According to the testimony of asylum seekers who managed to reach safe haven, upon landing in Rwanda they were imprisoned in a hotel, and their money was taken under threat. The next day they were handed over to smugglers, who took them to Uganda, and from there through South Sudan to the Libyan coast. Many of those who didn’t die in torture camps on the way to Libya drowned in the sea on the way to Italy. The survivors wander around Europe seeking a nation willing to offer them temporary asylum.

“Legally”? Most of the applications of Africans hoping to receive asylum are not duly examined according to the refugee convention Israel has signed. The courts before which the issue has come have severely criticized the Population and Immigration Authority’s treatment of Africans who apply to be recognized as refugees. In one case, the judges stated that the authority had examined only 3% of the asylum requests submitted by citizens of Eritrea and Sudan. The other requests were rejected because of a delay in submitting them — a delay caused by the authority itself. More so, according to senior members of the Rwandan and Ugandan governments, the Israeli government’s declaration to the High Court that they had agreed to absorb the refugees is no less than a misrepresentation.

Among those members of the Knesset who raised their hands to support the “humane” deportation law was Benny Begin of Likud. I reminded him that the government headed by his father, Menachem Begin, had absorbed hundreds of refugees from Vietnam (1977-79). “The Jewish people, which has known persecution, and knows, perhaps more than any other people the meaning of the word refugee,” Menachem Begin said, “cannot stand to see the suffering of these miserable people.”

Benny Begin told Al-Monitor that today the numbers are much greater. He promised to look carefully at the reports on the fate of the deportees. Benny Begin is in good company, or, more aptly, bad company. Zionist Camp leader Avi Gabbay supported the deportation law in opposition to the stance of his party’s Knesset members.

Dan Meridor, who served as minister of justice and minister for intelligence affairs for Likud governments, fundamentally disapproves of the deportations. In a conversation with Al-Monitor, Meridor said that since the erection of a fence along the Egyptian border in 2013, stopping people from crossing from the Sinai has become a different sort of problem. It is no longer a national problem, but a humanitarian problem involving a group of people who constitute a mere half a percentage point of the population. (Netanyahu speaks about deporting 40,000 asylum seekers, while Israel’s population exceeds 8 million people).

As Meridor sees it, the state of a people with a history of displacement, persecution and racial discrimination cannot allow itself to deport asylum seekers or even prevent them from providing a livelihood for their families. He is convinced that by dispersing the refugees and removing limitations on hiring them, the distress of residents of south Tel Aviv, where many asylum seekers are concentrated, can be eased.

Rabbi Yuval Cherlow, the head of the national-Zionist Orot Shaul Yeshiva and head of the ethics department of the rabbinic organization Tzohar, said that the Torah itself commands that strangers be treated in the most moral way possible. “It reminds us of our time in a foreign land and our wish to be treated with proper hospitality,” Cherlow said. “The humiliating treatment of foreign workers is a terrible desecration of God’s name, as the name of Israel becomes known as a nation that abuses the weak and the destitute and does not treat him gently.”

In 2012, Culture Minister Miri Regev referred to the refugees congregated in south Tel Aviv as a “cancer.” Last September, Netanyahu reported to the government about “smells” and “filth” in the homes where “infiltrators” live. A study by Oshrat Hochman of the Institute for Immigration and Social Integration at the Ruppin Academic Center shows that agitation of the Regev variety is much better received among the Jewish people abiding in Zion than messages like those of Meridor and Cherlow. Hochman found a rise in the number of Israelis who see the Africans as a threat and a decline in the discourse of ethics and responsibility for their welfare. The study points to public support for the government’s policy of barring their access to the workplace and not providing them financial assistance.

Meridor, at the end of the conversation on the deportation plan, suggested that I read an essay by researcher Adam Raz about the raging controversy among the Mapai government leadership regarding the expulsion of Arab Israelis. (Mapai was the mother party of the Labor Party.) Moshe Sharett, who later became prime minister, in 1950 protested a “wholesale policy of malice and neglect” and “totally unnecessary ways of cruelty that are causing us to desecrate the name of God in immeasurable ways.” Pinchas Lavon was even more forceful. “The state of Israel cannot solve the question of Arabs that remain in the state in a Nazi way,” said the man who was then minister of defense. “Nazism is Nazism, even if executed by Jews.”