Egypt is developing an initiative that would launch Israeli-Palestinian negotiations alongside a multilateral negotiation track. 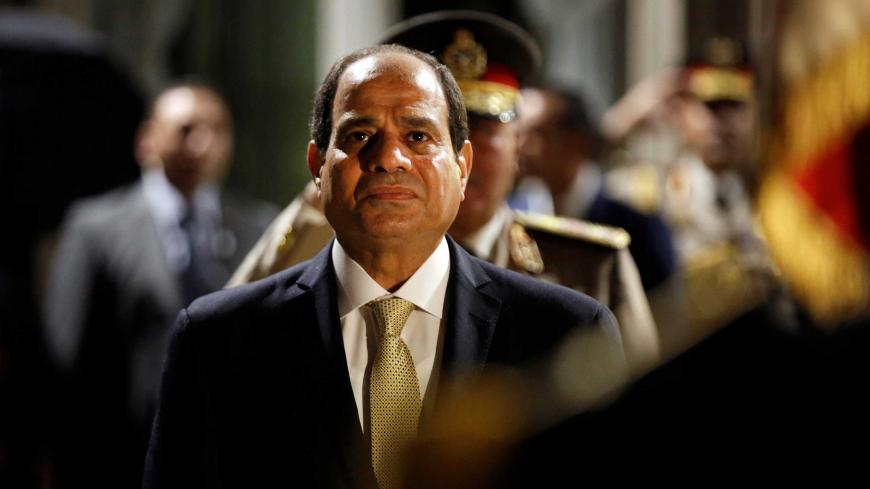 It is hard to determine at this point whether it was Fatah or Hamas that won in the new reconciliation agreement. But there is definitely a second winner — Egypt. President Abdel Fattah al-Sisi activated his intelligence services to pressure both sides into signing this deal, which offers Cairo considerable clout over both Palestinian movements.

A senior Egyptian diplomat in Tel Aviv told Al-Monitor on condition of anonymity that it was a lengthy and difficult negotiation, mainly in Cairo, between Egyptian officials and representatives of Hamas and Fatah. Egypt was highly concerned that the humanitarian crisis in the Gaza Strip would lead to a renewed confrontation between Hamas and Israel, and violence tends to strengthen Iran’s hand in the region. Egypt wants to regain its leading role in the Arab world and offset the Iranian regime’s influence in Lebanon, Syria, Iraq, Yemen and Gaza. Also, the security stalemate in the Sinai Desert is of prime importance.

The Egyptian diplomat said that throughout the negotiations Cairo kept the US administration in the loop, understanding the sensitive issue of Hamas’ status in Washington as a terrorist organization. US envoy Jason Greenblatt conveyed to Cairo that the United States would back the deal on the condition that Hamas would not be involved in the government. This was also requested by the United States in previous Palestinian unity agreements.

Egypt’s diplomatic goal now is double. One goal is achieving a relatively smooth implementation of the agreement. The second is conducting further consultations in Cairo on the issues of a common position for a possible two-state solution process, elections to the Palestinian parliament and presidency, and the military wing of Hamas.

The diplomat claims that a peace process led by the Donald Trump administration and Egypt resulting in a two-state solution is of significant importance to the Egyptian leadership. He explained that the Egyptian Foreign Ministry is currently working on an Egyptian initiative to advance such a process.

This Egyptian initiative would include several steps. First, the Arab League will declare its willingness to engage in a two-state solution process, based on the 2002 Arab Peace Initiative. In this context, the Arab League will recognize the reconciliation agreement and declare that it considers the West Bank, East Jerusalem and Gaza as a single territory. Following the Arab League declaration, the US administration will convene an opening conference for a two-state solution and anti-radical Muslim terror process, based on the Arab Peace Initiative and the declaration made by Trump in Riyadh last May at the Arab Islamic American Summit. This conference should lead to Palestinian-Israeli negotiations for a two-state solution based on the 1967 lines. The Palestinian delegation for these negotiations will be represented by the PLO (not the reconciliation government) under President Mahmoud Abbas. The West Bank, East Jerusalem and Gaza will be addressed as one territorial unit. During the negotiations, there will be a settlement freeze and a halt to all Palestinian incitement to violence. Cairo will be the venue of these negotiations.

The diplomat also elaborated the parameters of the initiative, stating that Egypt is ready to assist in the security arrangements for permanent status in the form of Egyptian monitoring of troops in the West Bank and Gaza. Egypt, Jordan and Saudi Arabia will partake in the opening conference and agree to a multilateral negotiation track with Israel on regional cooperation based on the Arab Peace Initiative and on containing radical fundamentalist regional forces. The United States and the European Union will provide economic assistance to these parties as part of the process.

A senior Israeli Ministry of Foreign Affairs official who spoke to Al-Monitor on condition of anonymity vehemently rejected all components of such a plan. Israel’s position is different both in content and in sequence. In Prime Minister Benjamin Netanyahu’s view, there must first be an agreement on regional anti-terror and anti-Iran activities. Only after can the Palestinian issue be tackled, conditioned on the abolishment of the reconciliation deal or alternatively the disarmament of Hamas.

That being said, the reconciliation agreement has created new realities for possible Israeli-Palestinian negotiations. There is less of a split between the West Bank and Gaza, Egypt has become a stronger and more involved player, and now Israel rejects any such negotiations. Any progress depends now on Sisi’s ability to convince Trump to initiate peace negotiations.