In light of the ongoing US and Israeli stalemate to push peace talks, the Palestinians are taking matters into their own hands and recently joined Interpol. 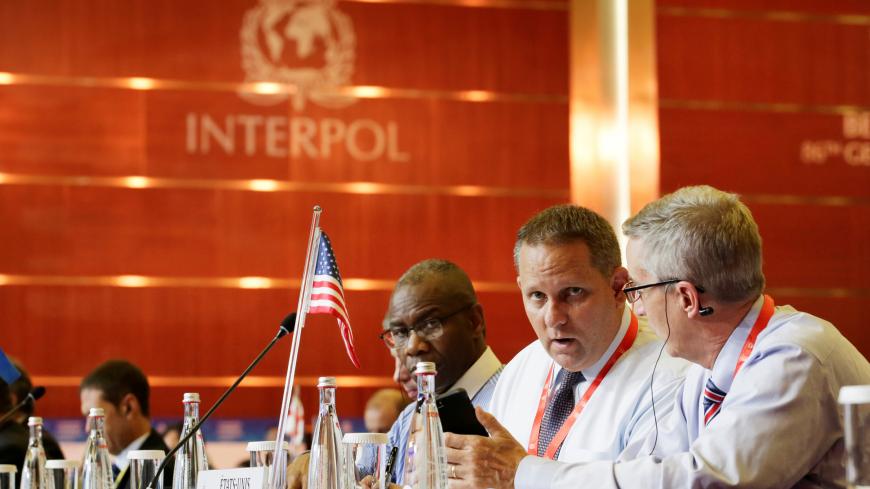 The success of Palestine in joining Interpol, the world’s leading police network, can best be evaluated by the response of the Israeli government. After the initial stunned silence, Israeli Prime Minister Benjamin Netanyahu has warned that the Palestinian action “will not go unanswered.”

Palestine achieved the legally needed two-thirds majority to join Interpol by a 75-24 secret vote with 34 members abstaining. During the Sept. 27 meeting of the 192-country organization in Beijing, Palestine became a full member of this international security organization. While Interpol has no specific sovereignty powers over any country, it is famous for its “red alert” information-sharing system in which member countries can alert fellow members of a wanted criminal. Israel fears that this alert system will be used to hound Israeli officials as they travel.

Eugene Kontorovich, the head of the international law department at Israeli think tank Kohelet Policy Forum in Jerusalem, said the decision to accept Palestine into Interpol will weaken prospects for future peace because somehow it will strengthen their aspiration for statehood. “Palestinian membership will only solidify their goal of seeking the trappings of statehood without negotiations and concessions,” Kontorovich told the Jewish News Service on Sept. 28.

Israel’s Environmental Protection Minister Ze'ev Elkin (Likud) raised the rhetoric even further by using military terms when mentioning Palestine. “Israel cannot stand idle in the face of the Palestinians' diplomatic warfare. We must convene the Cabinet and stop all of our goodwill gestures toward the Palestinian Authority," Elkin was quoted in the Jerusalem Post on Sept. 28.

Netanyahu used a meeting Sept. 27 with US envoy Jason Greenblatt to attack Palestine for trying to join Interpol. He claimed that the Palestinian leadership actions are in “violation” of previous agreements with Israel. The office of the Israeli prime minister said Netanyahu had asked Israel’s ambassador to Washington, Ron Dermer, to investigate whether the Palestinian moves at the International Criminal Court (ICC) are a violation of US law, which could conceivably lead to a closure of the PLO offices in Washington. Netanyahu's use of the ICC aims at shifting the decision to join Interpol to the issue of war crimes, which could land a number of Israeli officials in trouble. Since Palestine joined the ICC, Israeli officials have been concerned that Palestine will charge military and political leaders with war crimes for their actions in the occupied territories.

The new head of the PLO delegation in Washington was quick to respond. Speaking on Palestine TV on the evening of Sept. 28, Husam Zomlot called the Interpol decision “very important,” saying it reflects international support for Palestine. “The world consensus reflected in this decision shows support for the Palestinian right for independence and it is the perfect reply to Netanyahu’s claim that he has won over the world. It is an important day for peace," he said.

At the UN General Assembly meeting, Netanyahu bragged about Israel’s growing power around the world. When Israel blocked the last Palestinian attempt to join Interpol — at last year’s annual general meeting in Indonesia — Netanyahu said his country’s diplomatic efforts had “secured a major victory.” Israel’s boastful claims were proven wrong recently when a highly publicized African-Israeli summit that was to take place in Togo in September was indefinitely shelved Sept. 13.

Palestinian Foreign Minister Riyad Malki, also appearing on Palestine TV on Sept. 28, said that the Interpol decision is only the beginning. “The battle is not in Palestine, but in the international forums where Israelis can’t use their military power and we can fight them as equals,” he said.

Anees Sweidan, the director of external relations in the PLO, told Al-Monitor that from the Palestinian point of view, the Interpol decision is not solely aimed at tracking common criminals. “Our main goal is to be able to present Israel’s war crimes in the ICC and to be able to follow up on Israeli war criminals throughout the world using Interpol.”

While it is true that the Palestinians had voluntarily agreed during the former Barack Obama administration to refrain from joining international agencies while the peace talks were progressing, the current stalemate relieves them of these voluntary commitments. With Israel arrogantly increasing its settlement activities and neither Israel nor the United States willing to even use the term two-state solution, the Palestinian leadership feels it needs to pursue these moves independently to increase the pressure on Israel to end its occupation and to accept the reality of Palestinian aspiration for statehood. Without Israel’s concession to Palestinian rights, activity in the international arena will increase and become a diplomatic tsunami.