Iran probably can’t believe its luck; is it time for a second look at the Aleppo “narrative”? 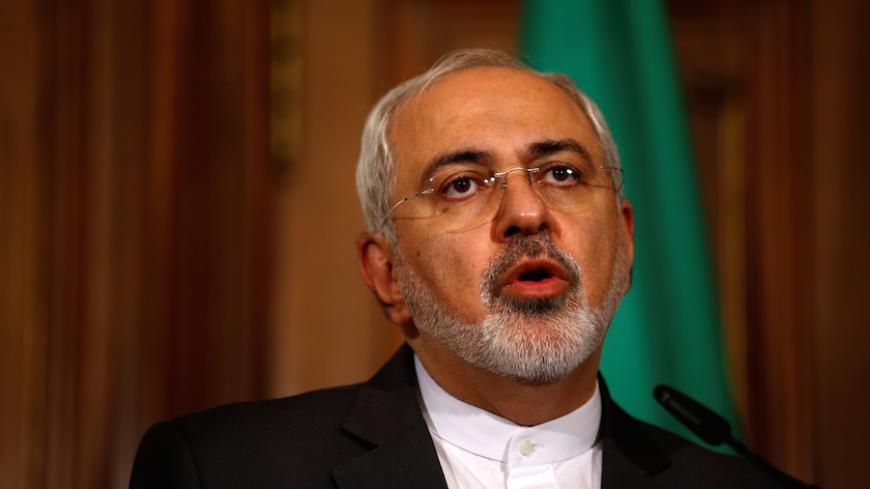 Hassan Ahmadian explains that Iran’s call for dialogue in reaction to the Qatar dispute is already paying dividends. Tehran’s tack has been to back Doha while calling for diplomacy, seizing the high ground amid what most parties would probably agree has been an excessive and calamitous turn of events for Gulf Cooperation Council (GCC) unity. The US-Saudi-Islamic summit, which sought to rally Sunni states along a sectarian fault line against Iran, can now safely be put in the “farce” or “flop” columns.

No doubt the bravado of Iran’s leaders following US President Donald Trump’s visit to Riyadh last month masked at least some anxiety about a deepening US-Saudi relationship, as well as grudging acknowledgment of the kingdom’s impressive display of diplomatic convening power. But the Qatar dispute has been a windfall for Iran’s regional posture. “A rift among the pro- and anti-Brotherhood camps in the region is strategically in Iran’s favor,” Ahmadian writes. “Saudi Arabia tried to avoid such a split by prioritizing Iran as the main threat. Yet having Qatar and Turkey versus the UAE [United Arab Emirates] and Egypt in the same boat turned out to be overly problematic for Riyadh. In that sense, the Saudi move against Qatar is thoroughly counterproductive for its anti-Iran campaign in the region, and Iran should not help Riyadh correct its mistakes."

Iran is also leveraging the Gulf dispute to its advantage in Syria. Ahmadian explains that “standing with Qatar can help strengthen Tehran’s ties with Doha, Ankara and their Brotherhood allies, who — possibly moving toward a regional understanding of sorts with Iran and its allies — can play constructive roles in Syria, Yemen and elsewhere in the region. Additionally, it can hinder Saudi Arabia’s capacity to assemble coalitions aimed against Iran, Qatar and other nations in the future as well.”

Bruce Riedel assesses the fallout of the dispute for US-Saudi ties. Riedel observes that Saudi King “Salman and his son, Deputy Crown Prince and Defense Minister Mohammed bin Salman, are much more belligerent and willing to take risks. The signature policy of their two and a half years in power is the war in Yemen, the worst humanitarian crisis in the world today, according to the United Nations. Operation Decisive Storm is a quagmire wrapped around a stalemate. Iran is the only winner. If Yemen is a harbinger for Qatar, expect a long, drawn-out and messy process.”

In dealing with Saudi Arabia, the United States should avoid the “all-in” approach that has characterized the Trump administration’s approach to date. “A nuanced approach to this very important American alliance is crucial,” Riedel writes. “Saudi Arabia is America's oldest ally in the Middle East. … Together, they have confronted many challenges, from Soviet imperialism to Saddam Hussein to al-Qaeda. It's a partnership that needs a sure touch, not a blind eye.”

Riedel concludes that “the Qatar affair combines American incompetence, Saudi bullying and Qatari game-playing with Iranian meddling and subversion. Too many outside players are getting involved muddying the waters. What began as farce may end as much worse.”

Back in January 2016, we wrote that “if the Syrian army, backed by its Iranian and Russian allies, retakes Aleppo, the city’s liberation will come by directly defeating terrorists and armed groups that are already deserting the battlefield. A government victory would be of a different order and have a different impact than the negotiated departures of besieged armed opposition forces in Homs and around Damascus. The people of Aleppo would experience a flat-out victory by the government and a defeat, and exodus, by the armed groups. A good question is whether the Syrian army would be received as liberators by those Syrians, including Sunnis, freed from the reign of Islamic law and armed gangs. The answer might surprise those who would prefer to engage with the likes of Zahran Alloush and the ‘Army of Islam.’”

Picking up those themes from our column almost 18 months ago, we wanted to acknowledge the superb reporting by Robert Worth in The New York Times Magazine in May. Contrasting the perspectives of expatriate Syrians with those of Aleppo’s residents, Worth captures the complexity lost in so much Western media coverage of the war until now: “For these exiled Syrians, he said, the specter of [President Bashar al-] Assad’s crimes looms so large that they cannot see anything else. They refuse to acknowledge the realities of a rebellion that is corrupt, brutal and compromised by foreign sponsors. This is true. Eastern Aleppo may not have been Raqqa, where ISIS [Islamic State] advertised its rigid Islamist dystopia and its mass beheadings. But as a symbol of Syria’s future, it was almost as bad: a chaotic wasteland full of feuding militias — some of them radical Islamists — who hoarded food and weapons while the people starved.”

Worth rejects that “sectarianism” was key to the Syria war and observes that “many ordinary people now see Assad as their only hedge against a far more toxic kind of chaos.” His comment on the role of Russia is especially telling: “These facts translate into a genuine gratitude — in regime-controlled areas — toward Russia, whose military intervention in late 2015 may have forestalled a total collapse. Many Syrians say they feel reassured by the sight of Russian soldiers, because they (unlike the army and its allied militias) are not likely to loot or steal. Some of my contacts in regime-controlled areas are even learning Russian. In Latakia, some people told me that their city might have been destroyed if not for the Russians.”

Al-Monitor has often been a lonely voice in our consistent focus on the jihadi armed gangs, including Jabhat al-Nusra, al-Qaeda’s affiliate in Syria, which has terrorized the people of eastern Aleppo and co-opted other jihadi forces. For example, from 2013-2015 we featured columns by Aleppo resident Edward Dark (a pseudonym), whose on-the-ground reports of life there often contrasted with mainstream media accounts of the “rebels”; cited the groundbreaking report by Amnesty International on the tyranny and brutality of Syrians living under jihadi bands in Idlib and Aleppo; gave headline to UN Syria envoy Staffan de Mistura’s apt characterization that 1,000 Jabhat al-Nusra fighters were holding Aleppo “hostage” in fall 2016, and were therefore culpable in the siege of the city; and all the while calling out Syrian and Russian forces for indiscriminate and criminal bombings of civilians and hospitals.

In January, five months before Worth’s article, Fehim Tastekin, in his groundbreaking reporting from Syria, wrote, “Contrary to persistent popular analysis from abroad, the country is not divided. Despite sectarian campaigns and clashes by jihadis financed with money they received from the Gulf, Syrians did not split along sectarian lines. There was no sectarian divide between the Syrian army and the people, as some said. When you carefully observe the internal dynamics, you can see it was not a war between Alawites and Sunnis or Christians and Muslims. … Aleppo is the best example that this was not a sectarian war. At least six Sunni religious notables were killed in Aleppo because they rejected an armed uprising. Sunni religious figures were constantly under threat for not joining the war. The most annoying question you can ask soldiers on the Aleppo front is whether they are Sunni or Alawite. Nothing angers Syrians as much as this question. As far as I could see, Assad is more popular today than before.”

This month Mohammed al-Khatieb writes from Aleppo that Syrian government and allied forces have continued to press their advantage in the Aleppo countryside, driving out pockets of Islamic State fighters. “The Syrian regime advance in Aleppo’s eastern countryside in the past few days has given it many benefits. For one, it has solved the water problem of Aleppo and regained June 4 two pumping and water purification stations in the west of Maskanah, which are the only sources of water for Aleppo, apart from al-Khafsah station. Moreover, the regime control of wide stretches of fertile land constitutes a good source of income from crops,” Khatieb reports.

We thought it fitting to end our column this week with our conclusion from January 2016: “A Syrian government victory in Aleppo could be the beginning of the end of the sectarian mindset that would have been alien to the city prior to 2011. There is no more appropriate city to begin Syria’s healing.”