The State Department is seeking deep cuts to military and economic assistance for Arab states. 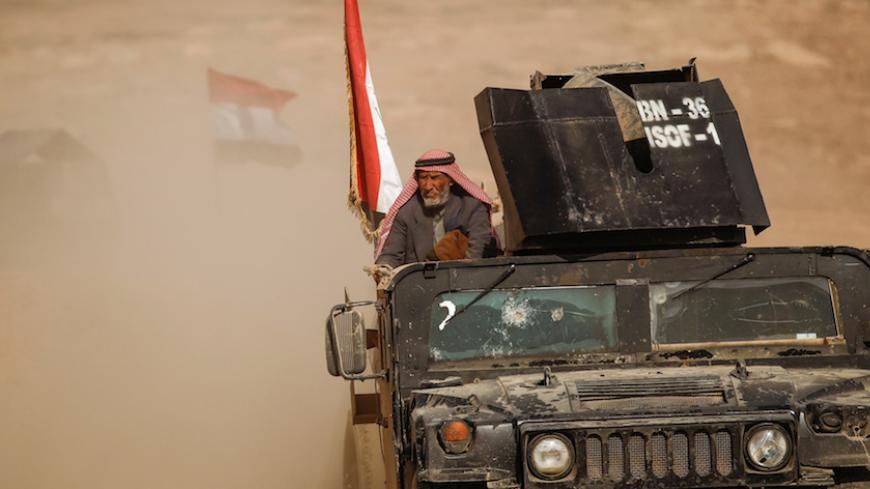 The Donald Trump administration is seeking deep cuts in US assistance for Arab states as part of its proposed budget for the State Department and foreign aid.

The budget blueprint released May 23 would slash security assistance to vulnerable countries, including Tunisia and Lebanon, by more than 80% compared with fiscal year 2016, according to an Al-Monitor analysis (see chart below). Economic and development aid would also take a beating, dropping by almost half in Egypt, for example.

“The biggest sources of those cuts include zeroing out military aid to US allies on the front lines of fighting [the Islamic State], including $400 million for Iraq, Lebanon, and Tunisia, zeroing out $160 million in emergency food aid to Yemen, slashing nearly $200 million in economic aid to Jordan and Tunisia, and halving $30 million in democracy funding for Iran,” Cole Bockenfeld, the deputy director for policy at POMED, said in an email. “Eliminating funding for these objectives would be dangerously short-sighted and directly undermines the president's stated goal of countering terrorism in the region.”

The cuts are in keeping with the president’s promise to put “America First,” even though less than 1% of the budget is spent on foreign aid. The new fiscal year starts Oct. 1.

“This year’s budget request addresses the challenges to American leadership abroad and the importance of defending our national security interests,” Secretary of State Rex Tillerson said in a statement. “It acknowledges that US diplomacy engagement and aid programs must be more efficient and more effective, and that advancing our national security, our economic interests, and our values will remain our primary mission.”

Congressional Democrats and not a few Republicans have promised that the bill is dead on arrival. Those critics argue that foreign aid strengthens US allies and can help avoid costly military action.

“The Trump administration’s budget cuts would be devastating to America’s national security and our leadership role in the world,” House Foreign Affairs Committee ranking member Eliot Engel, D-N.Y., said in a statement. “Congress should reject them without question.”

“What is most perplexing about the administration’s combined 31.7% gutting of international affairs spending is that, from Defense Secretary and former Gen. James Mattis on down, senior military officials consistently speak about how important the State Department and the US Agency for International Development are to their work,” he said. “This slashing of our foreign operations and assistance makes the world more dangerous for America and Americans and is a slap in the face to all the American personnel who work every day to keep this country safe and build a better world.”

It’s not just Democrats who have concerns.

The chairman of the Senate Appropriations panel on foreign aid, Sen. Lindsey Graham, R-S.C., told reporters May 23 that he foresaw “a lot of Benghazis in the making” if the budget were adopted. Congress has long blamed inadequate diplomatic security and the deteriorating economic and political situation in Libya for the death of US Ambassador Chris Stevens and three other Americans in 2012.

Military aid could be further curtailed by the administration’s effort to replace military aid grants with loans. The administration argues that a loan dollar stretches further than a grant dollar, but an internal State Department memo obtained by The Wall Street Journal raised concerns that many eligible countries may not want the loans at all.

Grant funding for “key strategic partners” would continue under the Trump budget, however. These include Israel and Egypt, which are set to receive $3.1 billion and $1.3 billion, respectively, in foreign military financing (FMF) funding in fiscal 2018.

In addition, the foreign military financing assistance budget would be supplemented by a $200 million “global fund” to meet needs as they arise.

In fiscal 2018, foreign military funding “will consist of country programs, as well as a global fund, which will be allocated during the year of appropriation to provide the department with the flexibility necessary to meet pressing security challenges,” budget documents state. “This $200.7 million will be used as either loans and/or grant assistance to partners around the world. Where possible and appropriate, the US government will seek to utilize loans to solidify partner-nation commitments and leverage US assistance to the greatest effect.” 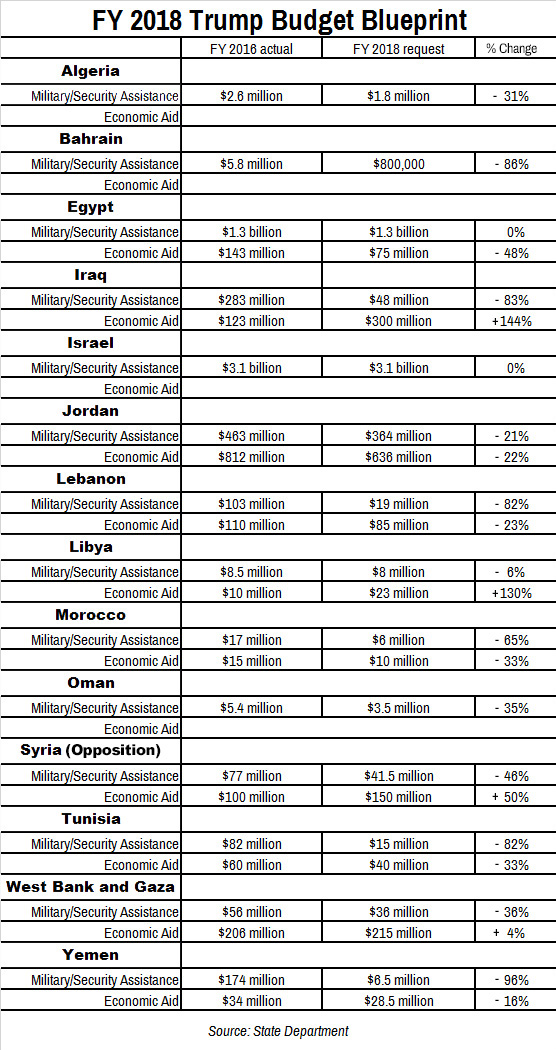