Like his predecessors, President Donald Trump is about to discover that Prime Minister Benjamin Netanyahu opposes the only possible deal to end the conflict with the Palestinians. 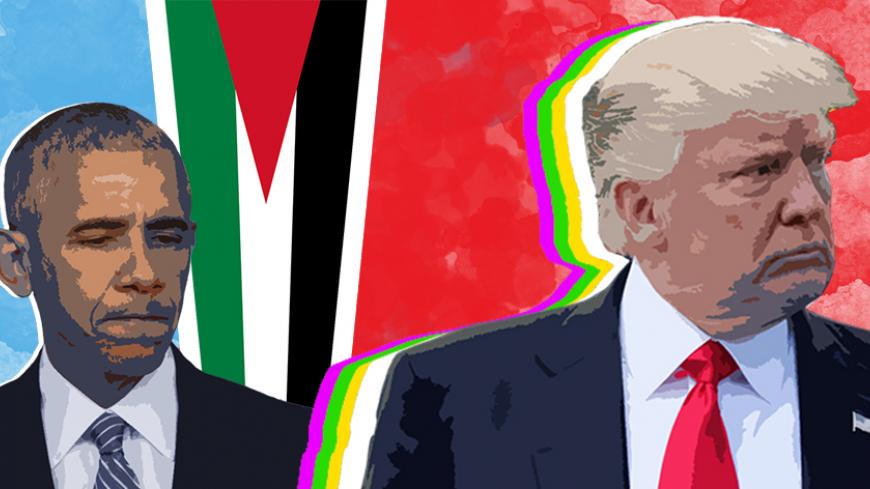 Zbigniew Brzezinski passed away on May 26. Brzezinski served as national security adviser to Democratic President Jimmy Carter and was an active participant in the Israel-Egypt peace negotiations in the 1970s. Several days after Barack Obama won the 2008 election, The Washington Post ran an open letter written by Brzezinski, along with Brent Scowcroft, who was national security adviser to Republican Presidents Gerald Ford and George H.W. Bush. The two advised Obama to quickly present a blueprint for a permanent agreement between Israel and the Palestinians rather than working to renew direct negotiations between them. Obama, as we know, rejected their suggestion.

President Donald Trump has placed the resolution of this conflict at the top of his agenda. He chose the Middle East as his first overseas trip and was quick to appoint a special envoy to the region. Trump has invested the presidential prestige before the entire world in a speculative startup stock, a stock that has for years been a source of bitter disappointment to anyone who touched it. Most importantly, Trump invested in it a huge chunk of his ego. He probably doesn’t believe a Jew (Prime Minister Benjamin Netanyahu), whose country is not even the size of New Jersey, and a Muslim (Palestinian President Mahmoud Abbas), who has no state at all, would dare say “no” to Donald Trump. After all, both promised him that they want peace. So, let them sit down together. Each will present his positions. One will compromise a bit, the other will budge slightly. Special envoy Jason Greenblatt will give a little push when necessary, and we have a deal. Piece (or “peace”) of cake.

This mistaken assumption was the undoing of Nobel Peace Prize laureate Obama. He, too, believed that direct negotiations, with a little bit of American help and management of the conflict, would resolve the conflict. He sent Secretary of State John Kerry to relaunch Israeli-Palestinian negotiations from scratch, ignoring all the understandings reached by previous administrations. He abandoned the parameters presented in 2000 by President Bill Clinton with outlines for a permanent Israeli-Palestinian agreement, and ignored the proposals laid out by Prime Minister Ehud Olmert before President Abbas eight years later. Nor did Obama make use of the blueprints and roadmaps presented to him in 2011 by Brzezinski and other senior officials in previous Republican administrations (among them former defense secretaries Frank Carlucci and Chuck Hagel) and Democratic administrations (among them Chairman of the House Committee on Foreign Affairs Lee Hamilton and Undersecretary of State Tom Pickering). These retired senior officials implored Obama to present the sides with the blueprint and turn it into a binding UN Security Council resolution. They warned him that bilateral negotiations, without a defined framework, were a recipe for failure and for escalation to violence.

Trump will soon find out that the principles of that outline are the only deal in the region: establishment of a Palestinian state within the 1967 borders with slight, mutual adjustments; agreement on Jerusalem as the home of two capitals; compensation of Palestinian refugees as an alternative to letting them return to their pre-1948 homes in Israel; demilitarization of the Palestinian state and deployment of an international force to guard the peace along the Jordan River.

Will Trump repeat the mistake made by Obama, who let his senior peace process envoy John Kerry demean himself with barren shuttle diplomacy between Jerusalem and Ramallah? Kerry has surely not forgotten the slap in the face delivered by then-Defense Minister Moshe Ya’alon, who accused him of “acting out of misplaced obsession and messianic fervor.”

In December 2016, as he was packing up his personal effects in the secretary of state’s office, Kerry presented his proposed framework agreement. The plan was a rather exact replica of the one proposed by Brzezinski and company. Abbas and Arab states welcomed it. Netanyahu claimed the proposal was biased against Israel. As far as we know, neither side has budged from its positions over the past six months. In other words, the peace that Abbas described to Trump is totally different than the one envisioned by Netanyahu. That means the prospects of reaching basic understandings enabling the start of negotiations are virtually nil, not to mention chances of formulating an agreement on establishing a territorially contiguous Palestinian state with Jerusalem as its capital.

The Palestinian positions on a two-state solution based on the 1967 borders, with slight border adjustments, have remained virtually unchanged since PLO leader Yasser Arafat declared Palestinian independence in 1988, and there’s no indication that they are about to change in the foreseeable future. The position taken by Arab states has also remained the same since the Arab League launched its peace initiative in 2002. Israel, too, has remained steadfast. Since the right wing was restored to power in 2009, it has expanded settlements in the West Bank and shrunk trust in a diplomatic resolution to the Israeli-Palestinian conflict.

Like his predecessors, Trump will learn that to make a “deal” between the Israelis, the Palestinians and the Arab states, he must demand that his good friend Benjamin (as he called him in his Jerusalem speech on May 23) withdraw Israeli troops from more than 90% of the West Bank and evict up to 150,000 Israeli settlers. In return, Trump will open the gates of the Arab world to Israel and deter Iran. That was, and still is, the only option for a deal.

Trump is known to have no qualms about kicking his best friends if they stand in the way of what he wants. Netanyahu will curse the day that he kowtowed to the Trump family when the American president finds out that Netanyahu fooled him. We have already predicted that Netanyahu will one day miss Obama. It now looks as if he may yet pray for the impeachment of his successor.