The Lebanese government is preparing to send a delegation to Washington to oppose the proposed new sanctions on the designated terrorist organization. 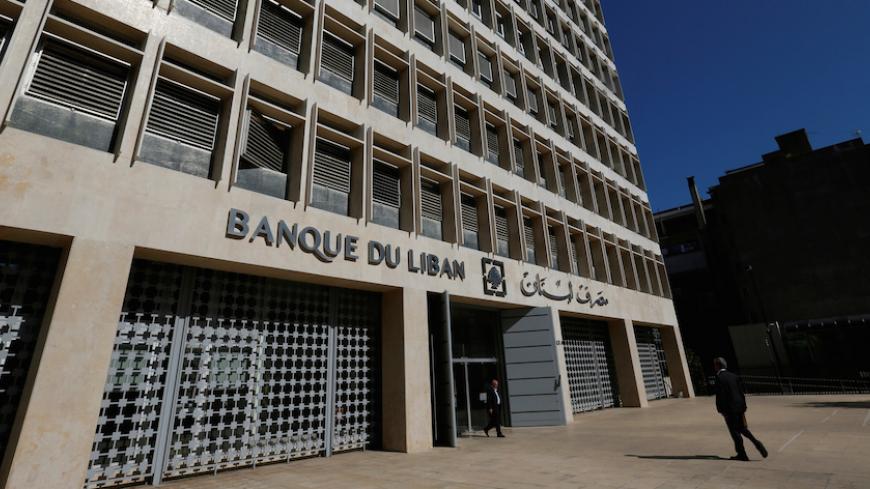 Congress is blaming the State Department and the US Embassy in Lebanon after draft sanctions legislation was leaked to the Lebanese media, setting off a political and diplomatic firestorm.

House Foreign Affairs Committee Chairman Ed Royce, R-Calif., began devising a new bill targeting Hezbollah last year amid concerns that the Barack Obama administration was slow-walking implementation of a previous effort that was signed into law in December 2015. Royce shared an early draft with State Department experts for their input, sources on and off Capitol Hill told Al-Monitor, but got burned when a media outlet close to Hezbollah got wind of it.

The State Department has not officially acknowledged or denied being involved. Royce declined to comment.

As a result of the leak, numerous newspaper articles in Lebanon over the past month have picked apart — and possibly distorted — an unfinalized draft that only a handful of people in Washington have heard about and fewer still have seen. Even House Foreign Affairs ranking member Eliot Engel, D-N.Y., a natural ally on sanctions legislation, has yet to see the proposed draft, according to a Democratic aide. Sen. Marco Rubio, R-Fla., is working on a similar effort in the Senate.

Lebanese officials say destabilizing sanctions would be ill-advised while tiny Lebanon is struggling to absorb more than a million refugees from Syria.

"We are surprised by all the leaks about new sanctions," Lebanese member of parliament Yassine Jaber, a former economy minister who met with administration officials during the congressional recess two weeks ago, told Al-Monitor in an email. "We don't see a need for further legislation, we feel that all these leaks about further legislation to come, only hurts Lebanon, its economy and banking sector, at a moment of very high weakness and vulnerability."

According to Lebanese media accounts, the 20-page draft bill has also caused a panic in Lebanon because of its potential political impact. While the 2015 bill unnerved a banking sector that is one of the pillars of the country's economy, the new draft has government leaders fretful that Congress is now coming after them.

The Royce draft, Lebanese President Michel Aoun said last week during a meeting with the Washington-based American Task Force for Lebanon, "would harm Lebanon and its people greatly." Critics are worried that the draft bill paves the way for sanctioning Lebanese allies and political parties that are close to Hezbollah, including Aoun, the Christian Free Patriotic Movement headed by his son-in-law and Foreign Minister Gebran Bassil, and the Shiite Amal Movement of parliament Speaker Nabih Berri.

In response, the Lebanese government is planning to send a delegation to Washington later this month of government officials, lawmakers and other dignitaries, possibly including Central Bank Governor Riad Salameh. The government hopes to have representatives of the private banking sector tag along to play up any potential threat to the financial sector, a Lebanese source told Al-Monitor, but the main concern appears to be with the bill's political ramifications.

"This is more about the political groups of the speaker, etc., being nervous rather than the issues of the banks," the source said. "Politicians — and the government, actually — are trying to get the private banks involved in their effort. I can tell you the private banks do not like that: They do not want to come with politicians here."

The Association of Banks in Lebanon spent $200,000 in the first three months of this year to discreetly lobby Congress about the bill and other matters, according to lobbying records. The banks would prefer to wait until President Donald Trump fills in top spots at the Treasury Department before organizing their annual visit to Washington, the source said.

Hezbollah claims to get all its funding from Iran. US experts, however, have long suspected that much more comes from Lebanese expatriates, illegal activities and other sources, fueling Congress' desire to crack down on as many funding streams as possible.

The Lebanese source, who has seen a draft of the bill, said it does not designate Hezbollah's allies as terror groups. Rather, it would require the Trump administration to publicly report on their financial links to the Shiite militia, including estimates of the net worth of some top Lebanese officials.

"Obviously they don't want their net worth to be mentioned," the source said. "I totally see how Nabih Berri could be panicking even if his own party knows how much money he has."