What does double-digit inflation mean for Turkey?

The accelerating pace of Turkey’s inflation threatens significant erosion in most forms of income on which the country’s population lives. 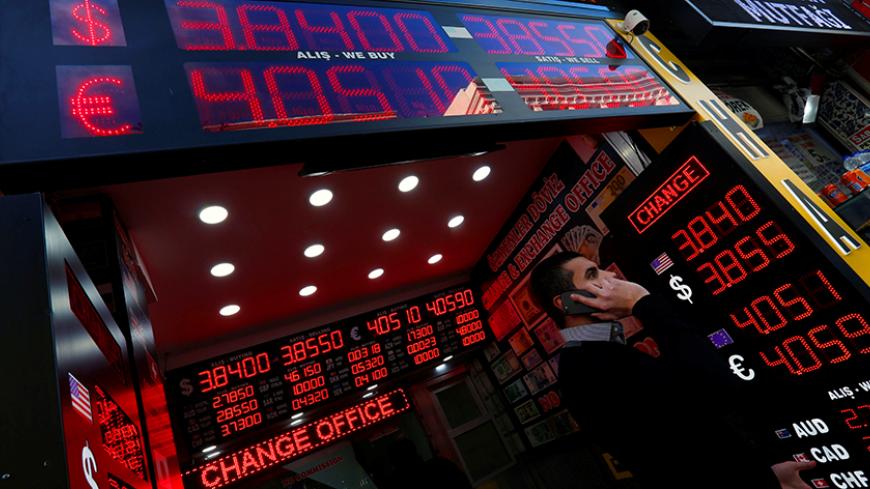 Turkish consumer inflation has exceeded 10%, climbing back to double digits after 58 months. The factors pushing prices up are unlikely to subside in the coming months, meaning that a double-digit overall inflation at the end of the year is now a strong prospect for the country.

The Consumer Price Index, which denotes the change in the prices of goods and services that consumers buy, was up 10.1% year on year in February. The increase was higher in some categories and lower in others. In food and housing, which account for 24% and 15% of the consumer basket, respectively, the increase stood at 8.7% and 7.4%. Meanwhile, in the transport and tobacco-alcohol categories, which make up 14% and about 6% of household budgets, respectively, inflation stood at 18% and nearly 22%.

When it comes to the Domestic Produce Price Index, which covers the industrial, mining and energy products that producers sell, the year-on-year price increase exceeded 15%. This is, in fact, the main indicator that consumer inflation is unlikely to climb down from double-digit figures throughout 2017. With producers having hiked their prices 15%, the impact on consumers in the coming months is simply inevitable.

The inflation in certain goods in the producer basket is even more striking. In the textile category, which accounts for about 9% of the basket, the year-on-year price increase was close to 18%. In iron, steel and other metals, it stood at a staggering 44%. Here, the global rise in the prices of ore, scrap iron and coke was, no doubt, influential. On top of it came the Turkish lira’s dramatic depreciation, which meant that importing those goods became much more expensive for Turkish producers, leading to a fast increase in their prices. Electricity and natural gas prices, meanwhile, were kept in check, and even lowered some 6%. In categories such as domestic appliances, electronic goods, chemicals and machinery, which rely the most on imported inputs, the year-on-year price hikes ranged between 16% and 21%. The government had introduced tax cuts for the domestic appliances and furniture sectors, singling them out as the most hard-pressed, but even those measures failed to keep the price increases at single-digit figures.

The fast appreciation of the dollar is the main factor pushing up inflation to double-digit figures for both producers and consumers in Turkey. The renewed uptrend in the global prices of oil and other commodities is another important contributor. In a March 6 assessment of consumer inflation, the Central Bank said, “Annual food inflation maintained its uptrend, and the effects of the exchange rate spilled over into the whole, particularly the core goods and energy groups. Despite temporary tax reductions, the core goods inflation that soared amid the cumulative effects of the depreciation in the Turkish lira pushed both the annual inflation and the underlying trend of core indicators upward.”

The period from September 2016 to February 2017 is particularly telling in terms of how hard currency prices and inflation grew. The dollar rose 24% against the Turkish lira in said period, outstripping the increases in domestic producer and consumer prices, which stood at 11.5% and 7%, respectively.

It is a widely held view that the Turkish lira will continue to depreciate under the impact of rate hikes by the US Federal Reserve, expected throughout the year, and Turkey’s high-risk premium, which is unlikely to ease. This alone is a strong harbinger of a sustained double-digit inflation throughout the year, fueled by continuing cost inflation.

How do the price increases affect profits, interest rates and wages? Or, put differently, are the increases in these categories able to match the inflation? Who are the winners and the losers?

More than 20% of Turkey’s population lives on agriculture. The annual increase in agricultural prices stood at 7.5%, well below both the producer and consumer inflation. This means that the agricultural sector was on the losing side overall. Price increases were higher than the average in certain industrial crops such as pulses, sunflower and cotton, as well as meat and milk. In some categories, however, the prices rose less than the average and even decreased. Vegetable producers, who saw their exports to Russia shrink, took the heaviest blow. The price increases in wheat, olives and hazelnuts were less than 10%, meaning that their producers, too, ended up with less income in real terms.

In the financial sector, the yields on bank deposits and government bonds barely matched the consumer inflation, while those who kept their savings in dollars and euros profited 14% and 11.5%, respectively, at the end of 2016. Similarly, those who put their money in gold profited 24% in real terms.

When it comes to wage earners, they represent 70% of working people in Turkey, numbering 16 million. Some 60% of them are minimum wage earners. The annual hike for the minimum wage was planned at 8% in the beginning of the year, following a 30% hike last year, a promise made in the 2015 elections. This means the increase in the minimum wage — 1,404 Turkish lira ($375) at present — will fall behind the double-digit inflation expected at the end of the year.

Public servants, meanwhile, number about 3 million and earn 2,700 Turkish lira ($720) on average. The government decides pay raises twice a year in line with its inflation target. The hike for the first half of the year has been set at 3%. Unless the second-half hike in July is a double-digit one, public servants, too, will be on the losing side against inflation. Things stand more or less the same for more than 10 million retirees, whose pensions range between $400 and $500.