An Iranian parliamentarian has threatened to begin impeachment procedures against the intelligence minister if he is not forthcoming about recent arrests of activists using Telegram. 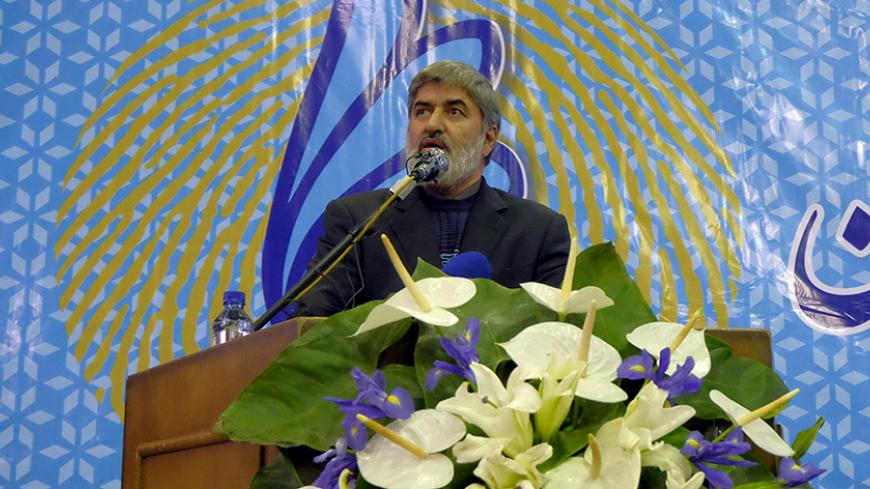 In anticipation of the May 19 presidential elections, Iranian security agencies have reportedly gone on an arrest spree, rounding up activists who use the Telegram app, prompting one Iranian parliamentarian to demand answers. Outspoken Ali Motahari, also deputy speaker of the parliament, told the Iranian Students’ News Agency (ISNA) that 12 activists with Telegram accounts have been arrested. According to him, those detained were either Reformists or supporters of President Hassan Rouhani's administration. The activists' Telegram accounts were reportedly shut down after their detention.

Telegram, an instant messaging app, is also a source of news and entertainment and is popular among Iranians of all ages. Many government officials, newspapers, journalists and individuals posting news feeds have their own channels and have attracted large followings.

Motahari's criticisms include that the arrests have taken place just before the Iranian New Year, thus during a parliamentary recess when the legislature cannot publicly address the issue and seek information. Suggesting that the arrests are intended to hurt Rouhani's chances at a second term, Motahari said that they “spread doubts” among the public in the run-up to the presidential election.

According to the website of Human Rights in Iran, Ali Ahmadnia and Saeed Naghdi, activists active on Telegram, are among those arrested in the recent roundup. Information is not yet available on the other individuals detained.

On a separate matter in the ISNA interview, Motahhari also criticized the arrest of journalist Ehsan Mazandarani. According to Mazandarani’s brother-in-law, the Intelligence Organization of the Islamic Revolutionary Guard Corps (IRGC) violently took Mazandarani into custody on March 11, striking and beating him.

Mazandarani, the former editor in chief of Reformist newspaper Farhikhtegan, had previously been arrested, in November 2015, and released from prison Feb. 11. When the agents sent to arrest Mazandarani were asked why they were doing so, they replied that he had been accidentially released prematurely. According to Mazandarani's brother-in-law, he has started a hunger strike to protest his rearrest.

Motahari likely knows that the IRGC Intelligence Organization made the arrests. IRGC officials are appointed by the supreme leader, Ayatollah Ali Khamenei, not Rouhani. Motahari cannot therefore summon IRGC officials to parliament to respond to questions about the nature of the arrests. Most important, he cannot threaten them with impeachment.

The statements by Motahari, however, are an indirect way of challenging the IRGC’s authority to make such politically charged arrests. The IRGC Intelligence Organization has been playing a larger role since around 2009 in detention of a political nature. It has characterized previous such arrests as efforts to prevent the soft “penetration” of enemy Western nations that it claims seek to influence domestic policies in Iran.