Why Saudi Arabia and Egypt are competing for influence in Africa 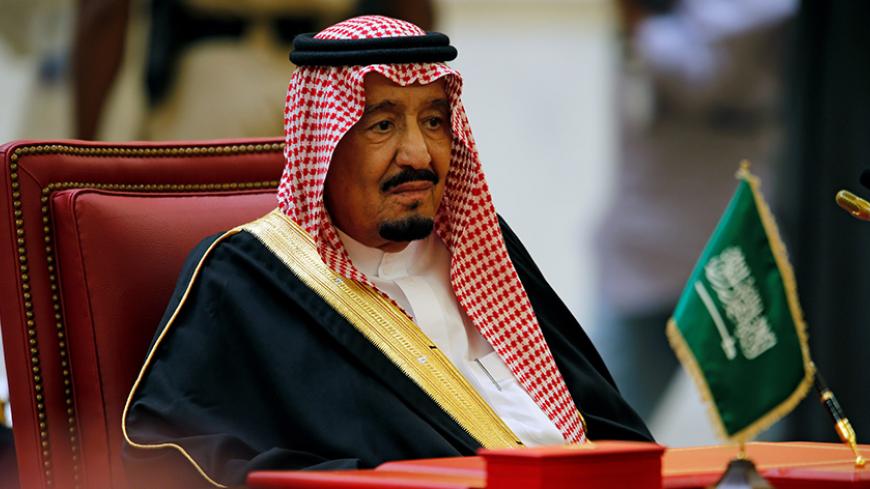 CAIRO — Some Middle Eastern countries are showing a great deal of interest in Africa these days, and although Africa seems to welcome the attention, it can do without the drama.

Egypt and Saudi Arabia, in particular, have extended their drive for influence in the Mideast by competing in some African countries. Their differences over regional issues, such as the war in Syria and ties with Iran, became plain in October, and since then they have revealed their political, economic and military interests in the African continent.

Djibouti, Somalia, Eritrea and Ethiopia in the Horn of Africa are strategically important for Cairo’s national security, allowing it to secure its interests in the Red Sea and headwaters of the Nile River areas, and to ensure access to its annual share of the Nile waters. Yet Saudi policies to promote the kingdom’s presence in these countries have become a source of concern for Cairo.

Recent Saudi moves in Africa show that, through its foreign policy, Saudi Arabia seeks to take a leadership role in African-Arab joint actions and counter some of the progress Iran has made in recent years in the Horn of Africa. Saudi Arabia also wants to diversify its regional allies, given its tensions with Lebanon and Egypt, and achieve food security by expanding its agricultural projects in countries with abundant water and land resources in the Nile Basin region.

Iran has been supplying weapons to Houthi rebels in Yemen. Saudi Arabia, which hopes to help Yemen defeat the Houthis and restore the previous government, is negotiating to establish a military base in Djibouti, Yemen's neighbor. The Saudis also granted Sudan $5 billion in military assistance in February, after halting military aid to Lebanon’s army over its ties with Iran. Sudan, which also borders the Red Sea, severed its ties with Iran last year.

Djibouti's ambassador to Riyadh, Dya-Eddin Said Bamakhrama, said in March that his country’s regional waters "are secure and under control in the face of Iranian attempts to provide the Houthis in Yemen with weapons.”

Saudi political coordination with some African countries was evident when Djibouti and Somalia, like Sudan, broke off ties with Iran against the backdrop of the January 2016 attack by protesters on the Saudi Arabia Embassy in Tehran.

To secure economic interests, Saudi Arabia has intensified investments, particularly in the agriculture sector, focusing on the abundant water and fertile soil in the Nile Basin countries, especially Sudan and Ethiopia.

Speaking to Al-Monitor on condition of anonymity, a diplomatic official of the African Union said, “We are watching closely the developments of Arab ties with African Union countries. Although there are cooperation and coordination opportunities, we are concerned that the Arab conflict over influence will move to the African territory and that diplomatic convergence will turn into alliances and further biases.”

The African Union, he said, "has adopted a political agenda to prevent the re-emergence of conflicts over influence, following the European colonization era of the continent, and to benefit from Arab capabilities to serve the African people.”

The official, who in November attended the Arab-African Summit in Equatorial Guinea, explained, “Egypt and the Gulf countries have different perceptions of the African [situation]. This was seen clearly after a number of Gulf countries withdrew from the summit, unlike Egypt, in support for the Moroccan position [on Western Sahara] and in protest against the presence of the Sahrawi Republic.” The countries that withdrew were Morocco, Oman, Saudi Arabia, Bahrain, the United Arab Emirates, Yemen, Somalia and Qatar.

“The Gulf countries are now coordinating with Morocco," which has strong ties with countries in northern and western Africa, the official said. That's one reason Morocco wants to return to the African Union. Egypt rejects that proposal, as Cairo considers itself the gateway to African-Arab joint action.

Observers have varied opinions on the motives and potential impact of Egyptian-Saudi disagreements in Africa.

“Some Saudi moves in Africa are a sort of political deception," Hani Raslan, head of the Sudan and Nile Basin Studies program at Al-Ahram Center for Political and Strategic Studies, told Al-Monitor.

“Cairo [didn't make an issue of] the huge Saudi investments in the continent’s countries as part of the Saudi agricultural expansion strategy outside its territory, and each country has the right to secure its interests," he said. “[But] Saudi investments in the land and water of the Nile Basin countries are part of a policy to isolate Egypt and a rejection of Egyptian fears and concerns.”

Raslan also said, "The high-level Saudi delegation’s visit to the Renaissance Dam in December, which is still a disputed issue between Cairo and [the Ethiopian capital of] Addis Ababa, is tantamount to Saudi backing for the Ethiopian position regarding the dam, although the water issue is a national security issue for Egypt.”

Adel Nabhan, a political researcher interested in African affairs, told Al-Monitor, “The Gulf investments in Africa can be a strong point in Egypt’s advantage, if well-exploited, particularly in light of the poor Egyptian economic potential to provide African countries with aid or investments.”

Yet Nabhan added, “Although international relations are governed by interests, it is unacceptable that a party exploits sensitive issues, such as water, to achieve particular goals, even when it comes to the Saudi-Egyptian disagreement.”

Helmi Sharawi, head of the Arab and African Research Center in Cairo, told Al-Monitor, “Saudi Arabia looks forward to assuming a leadership role in [Africa], as the biggest power in the Middle East, particularly at the economic and military coordination level. This has shed light on the dispute over a leadership role between Cairo and Riyadh.”

Cairo continues to commit to a quiet diplomacy and contents itself with messages stressing the importance of the Egyptian role in many areas of Africa. Yet for many observers of the African-Arab scene, the lack of a unified Arab vision toward Africa remains a source of concern that the African continent will turn into a field for Middle Eastern conflict — whether among Arab countries, or between Arab countries led by Saudi Arabia on one hand and Iran and Turkey on the other.