Anger as Israel finances Amona relocation while poor go without

Outrage is sweeping Israel as the government is set to allocate $34 million to empty the Amona outpost of law-breaking settlers despite the budget cuts that are crippling small municipalities. 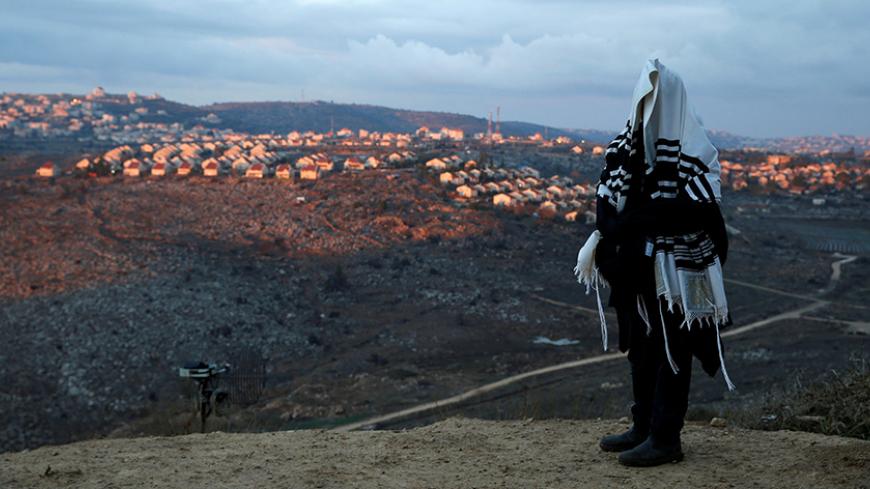 A strike by the local governments, which employ many kindergarten staff, forced tens of thousands of Israeli parents to take Dec. 21 off work to look after their kids. The Union of Local Authorities in Israel took this extreme step to protest planned cuts in the budgets of already strapped local governments in socio-economically disadvantaged towns. In a letter to Prime Minister Benjamin Netanyahu, the union warned that a planned 230 million-shekel ($60 million) cut in the budget of the Interior Ministry, which funds local governments, would result in the collapse of some of these weak municipalities in Israel’s “social and geographic periphery” and directly affect the services they provide to local residents. The cut stems from a Dec. 18 government decision to slash 1.25%, or 1.2 billion shekels ($313 million), across the board from its annual spending over the next two years, including on health, welfare and education services.

It gets better. Israel’s National Insurance Institute informed the people of Israel that their state had retained its top spot on the Organization for Economic Cooperation and Development’s poverty and inequality scale. The body's annual report indicates that the poverty rate among Israeli families increased from 18.8% in 2014 to 19.1% last year. One of every five families in Israel lives below the poverty line of 3,158 (shekels $825) a month per capita. The poverty rate is particularly high among the elderly. This situation, compounded by skyrocketing housing prices, also hurts the middle class.

But wait, there's more. In accordance with a policy that proves that crime pays, the public coffers, meaning the inhabitants of Israel, will lose another 130 million shekels ($34 million). That’s the price tag of getting a few dozen criminals living in the unauthorized West Bank outpost of Amona, on stolen Palestinian lands, to obey a court order to vacate their trailer homes and move to an adjacent hilltop also not under the sovereignty of their state. In northern Tel Aviv, across from the railroad station on Arlozorov Street, dozens of law-abiding citizens live in frayed, rain-drenched tents (forced out of apartments they could no longer afford). No one offers these homeless Israelis an iota of the aid that the government is pouring into the “legal” settlements — as the government calls them, in defiance of international law — in the occupied West Bank and the outposts there. The price of the deal with the settlers of Amona also includes the cost of demolishing dozens, perhaps hundreds of houses built without permits by Arab-Israelis in their communities within Israel’s sovereign borders. According to recent reports, that’s what Netanyahu promised the Jewish lawbreakers from the settlement movement in a compromise outline for the evacuation.

In the post-shame era, the government doesn’t even bother concealing the source of the millions that it will hand over to the Amona squatters. The Finance Ministry proposal presented to the Cabinet said the budget cuts are needed, among other things, to fund the Amona deal. One might say that 130 million out of the 230 million shekels being cut from the budgets of 190 disadvantaged local councils are destined for distribution to 40 squatter families. Truly distributive justice.

If things are so bad, how has Netanyahu held on to power for so long? The answer lies in the words that the prime minister kept repeating on the eve of the last elections in 2015: “When we talk about the price of housing, about the cost of living, I don’t forget life itself for a single moment.” It was his response to the sharp criticism leveled at him by the state comptroller over his government’s failure to resolve the housing crisis that troubles the sleep of hundreds of thousands of Israeli families.

Netanyahu excused his failure by saying that he was forced to devote all his time and energy to save the citizens of Israel from a cruel enemy who seeks to annihilate them. “The greatest challenge in our lives is currently Iran’s bid to acquire nuclear weapons,’’ Netanyahu explained. As we know, his success in thwarting the nuclear agreement with Iran is comparable to his success in resolving the housing shortage, reducing the cost of living and forcibly suppressing the Palestinian struggle for freedom. But Netanyahu will always have the left, which he accuses of colluding with Israel’s ill-wishers. Now, his greatest challenge is to protect the lives of Israelis from the leftists.

But what’s to be done if the threat of the Israeli left isn't so menacing? One exaggerates it, of course. If needed, we can even depict centrist Yesh Atid head Yair Lapid as a leftist. Yes, the same Lapid who disparaged his fellow Arab Knesset members and called them names, and then went on to condemn the Israeli human rights groups Breaking the Silence and B’Tselem.

It turns out that the public, especially those who haven't the money to buy an apartment, is willing to buy this cheap propaganda. The latest Democracy Index, published Dec. 19 by the Israel Democracy Institute, indicates that 71% of Israeli Jews believe human rights organizations are harmful to the state — a 15% increase over last year’s finding. More than half the Jewish public (52.5%) thinks the right to vote should be revoked from those refusing to declare that Israel is the national state of the Jewish people.

As we all know, only disgruntled leftists think Israel is also the state of its 1.7 million Arab citizens. In the same poll, most Israelis (78% of Jews and 60.5% of Arabs) expressed contentment with their lot in life. Netanyahu can keep laughing at them all the way to the ballot box.