Moving US Embassy to Jerusalem, not Netanyahu’s priority

The Arab world is preparing for a surprise move by President-elect Donald Trump of transferring the US Embassy to Jerusalem, but associates of Prime Minister Benjamin Netanyahu say this is not Israel’s priority. 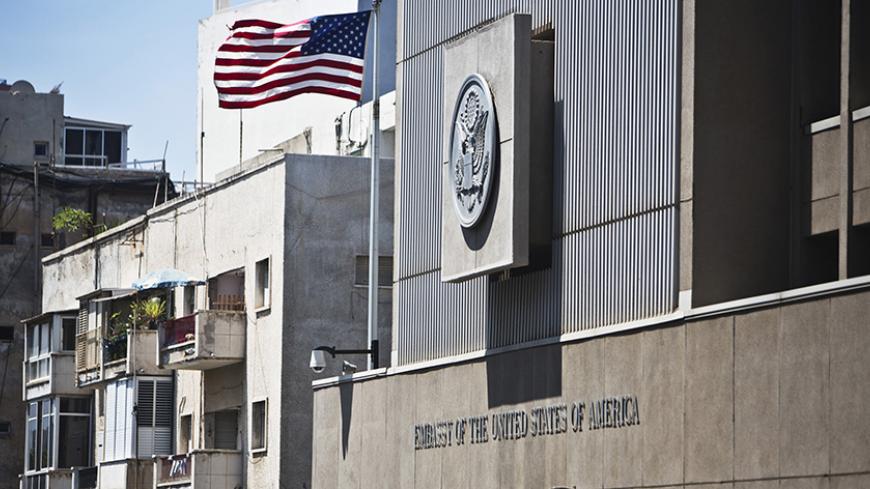 A senior Egyptian Foreign Ministry official told Al-Monitor on condition of anonymity that the Egyptian ambassador to Washington is in contact with president-elect Donald Trump. The official said, “The content of our messages to the new administration is that Egypt looks to improve relations with Washington in regard to the fight against the Islamic State and to increased security assistance to Egypt.” The official added that Cairo made clear to Trump’s team the importance of the Palestinian issue and the necessity of strengthening Palestinian President Mahmoud Abbas, on account of Hamas.

Yet in this context, one sole condition was discreetly raised by the Egyptians: Cairo cannot commit to an improved relationship if the US Embassy to Israel is moved from Tel Aviv to Jerusalem. Given the sentiments in Egyptian public opinion toward the Palestinians and the city, which is holy to Islam, Cairo considers this issue as a red line.

The Palestinian Authority leadership is even more alarmed by this eventuality. A senior PLO official talking to Al-Monitor on condition of anonymity said that in view of Trump’s unpredictability, such a move cannot be ruled out. He argued that there are influential people within the president-elect’s entourage who espouse extremely right-wing views on Israel, on the settlements and on Jerusalem, and that these people could advance such a decision.

The official explained that for the Palestinians, moving the US Embassy to Jerusalem is a “casus belli” (a provocation of war), thus they are planning a series of measures in case this will indeed take place. Ramallah is coordinating these measures with Egypt, Jordan, Saudi Arabia, Morocco and the Arab League. The official cited five measures: abolishing of the Oslo Accord (and all elements of security cooperation between Israel and the Palestinians); severing diplomatic relations between Egypt and Israel and also between Jordan and Israel; canceling the 2002 Arab Peace Initiative as a relevant document; calling upon the international community to sever diplomatic ties with Israel; and planning an armed Al-Quds intifada.

Trump promised in his speech at the American Israel Public Affairs Committee conference in March to move the embassy to Jerusalem, yet he was by no means the first presidential candidate to make such a campaign promise. Nevertheless, it could be argued that past promises of this kind were considered to be hollow promises, and even Jerusalem didn’t really expect these promises to be fulfilled. This may be the case this time as well, yet Trump’s erratic behavior and temperament could bring about surprises, with unconventional diplomatic moves. Anything between an effort to broker a two-state solution process and a move of the US Embassy from Tel Aviv to Jerusalem could be in the cards.

A senior adviser to Trump’s foreign policy team, who has spent many years in the Middle East, told Al-Monitor that Trump has not decided yet how to deal concretely with the Israeli-Palestinian issue, adding that the president-elect is well-aware of the importance accorded by the media and the public to this. On the embassy issue, he said, most opinions within the transition team do not consider such a move to be politically and diplomatically wise. Yet there are strong pro-Israeli voices in Trump’s entourage who favor a dramatic and historic move of the embassy by the new president, thus clearly recognizing Jerusalem as Israel’s eternal capital. One such voice is former Governor of Arkansas Mike Huckabee (rumored to be Trump’s pick for ambassador to Israel). According to this adviser, Jerusalem Mayor Nir Barkat has already communicated with president-elect Trump’s son-in-law Jared Kushner on the issue.

The adviser said that the somewhat cold opinions within the team on the issue have sparked another idea, of moving just one department of the US Embassy (perhaps the media department) from Tel Aviv to Jerusalem.

Be that as it may, it is clear that such a move would create havoc in the Arab world.

A senior Israeli Ministry of Foreign Affairs official told Al-Monitor on condition of anonymity that Netanyahu naturally favors such a move and will definitely emphasize the centrality of a united Jerusalem as “Israel’s eternal capital” to Trump at their first meeting in the White House in the months to come. Yet according to the senior official, the embassy issue is not the primary topic on Netanyahu’s list for his first official encounter with the new US president. Netanyahu’s main concern, to be expressed at that meeting, is Israel’s wish to continue its settlement construction in the West Bank, mainly within the settlement blocs, and including in the Jerusalem area.

Construction in the Jerusalem area is highly important to Netanyahu, as it could block any eventuality of a future shared capital. Thus, with or without the issue of relocating the US Embassy, the Jerusalem topic will be on the president’s agenda sooner rather than later.