Prime Minister Benjamin Netanyahu's collective blame strategy will punish many Israeli Arabs who had no connection to the wildfires and will only aggravate tensions between Jews and Arabs. 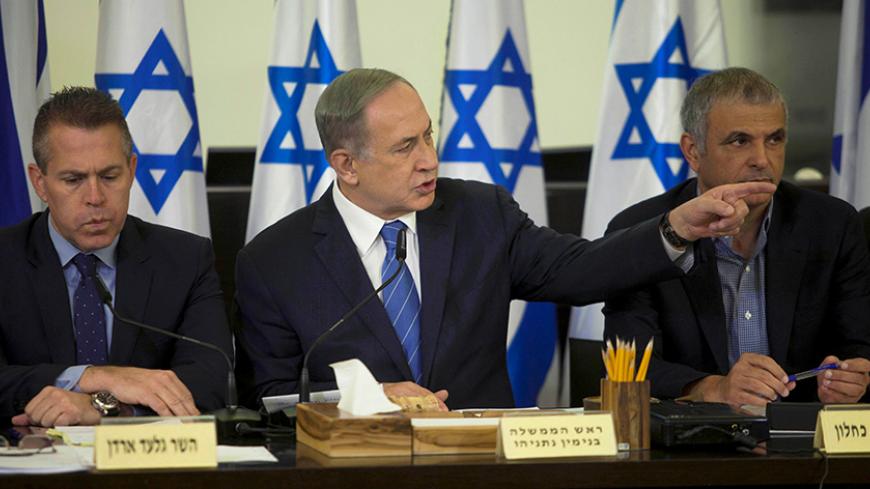 No nation has suffered more than the Jewish people from prejudice and conspiracy theories. It's hard to find nations that have served as scapegoats more than the Jews. In their worst years in European exile, the Jews were accused of spreading epidemics and poisoning wells, intending to annihilate Christians. Hundreds of communities were razed in pogroms that broke out in the Middle Ages in France, Germany and elsewhere following the libel that Jews were poisoning the wells and causing the Black Plague. It was far more convenient than blaming those responsible for the miserable health conditions. To this day there are those who believe that Israel was behind the 9/11 World Trade Center attacks. These collective accusations are always accompanied by incitement against a Jewish enemy and by scare tactics. And once collective accusations are made, the road to collective punishment by social ostracization and even by extermination becomes shorter.

And now, that same Jewish victim who suffered from such racist generalizations is copying those who sought to eliminate him. The role of the Jewish well poisoner was assumed last week by the Arabs who set forests and towns on fire. While vast numbers of fires were incinerating entire neighborhoods and green forests, Prime Minister Benjamin Netanyahu already knew Nov. 23 that there were "natural and unnatural" causes to the blazes, warning the following day that "anyone who tries to burn parts of the State of Israel will be severely punished." The next day, Netanyahu was already dubbing the wave of fires with the honorific title "terrorism," generally reserved for Arabs. "As with every crime, the most important thing is punishment," Netanyahu said. "There's a price for arson terrorism." He went on in the same vein Nov. 27, saying that "anyone who sets fire, whether with malice or negligence, anyone who incites to arson — we will act against them with all our might."

In a conversation with Al-Monitor columnist Ben Caspit, Education Minister Naftali Bennett drew a distinction between the Arab arson wave, which he dubbed "a countrywide phenomenon," and the arson against Palestinians and their crops by Jews, which he termed "an isolated incident." Bennett pretends that this distinction explains why the homes of Jews who burned Palestinians were still standing, while the families of Palestinian terrorists are left without a roof over their heads because their homes were demolished by the Israeli authorities. "When Jews set fire to dozens of Arab localities all at once — during the most dangerous, incendiary time of year — then one could try to compare circumstances and punishments," said the leader of HaBayit HaYehudi party, explaining away the discrimination. According to Bennett, the state can adopt harsh, special means of punishment to suppress a pervasive and spreading phenomenon. In other words, according to Bennett, a single, large wave of arson deserves a different approach than the "small" fires set by Jews (West Bank settlers) to Palestinian fields, the chopping down of trees and the theft of lands that has been going on relentlessly for 50 years.

And then, after four days, it turned out that the hoopla over the "arson terrorism" and the "intifada of fires" had been overstated and premature. On Nov. 29, the Finance Ministry issued a list (for compensation claims) of only nine fires, in Israel and the West Bank, "that were deliberately ignited and of which the probable cause appears to be hostile acts." Among them were the fires in Haifa, the second blaze in the village of Nataf, and the ones in the town of Zichron Yaakov and in the West Bank settlement of Halamish. The Finance Ministry list makes no mention at all of suspects or detainees. Firefighting authorities were quick to make clear that they had yet to complete their reports regarding the fires in Haifa and Zichron Yaakov and had not concluded that these were, in fact, the result of arson.

The police, too, were critical of the Finance Ministry's announcement, stressing that no certified authority had determined unequivocally that any of the fires were deliberately ignited as a hostile act. "We cannot compete with the talk of the politicians about compensation," a police source told Haaretz daily. Thus, for example, bottles with flammable liquid were found at the scene of the fire in the Nataf area, but so far there's been no indication of a nationalistic motive because no suspects have been identified. Police sources underscored to Haaretz that even if their investigation concludes that the fires were set by Arabs, the sole agency authorized to determine this conclusively is the Shin Bet domestic security service.

But whether ignited or incited, the fires have far-reaching implications, beyond the propaganda aspect. For some reason, this angle has been absent from the political and media discourse over the fires. Let's assume that Netanyahu is right and the fires were set by Palestinian nationalists. What does that say about the strategy he has been promulgating throughout his years in office? After all, it's abundantly clear that the ongoing fires and incitement will be Israel's daily bread and butter, absent a diplomatic arrangement with the Palestinians. It is clear that in a unique territorial space comprised of a single, binational state, where Israeli Arabs join West Bank and Gaza Palestinians to become one integral society, and as long as they all will live under Israeli rule, such will be daily life. Clearly, people who set fire to their homeland are people who have nothing to lose.

If there's anything to Netanyahu's incendiary claims that the fires were caused by terrorists, then there's no clearer admission that his policy has failed. This is a final warning bell that should have shaken him out of the deadly illusion that time and the Israeli-Palestinian status quo are on his side. This is the writing on the wall, stating that the reality Netanyahu is creating invites the chaos raging around us and will provide a comfortable breeding ground for the chaos strategy of the Islamic State.

Aesop, who lived in the 6th century B.C., wrote the following fable about this type of reality: "There were two enemies who had set sail on the same ship. They wanted to keep their distance from one another, so one went up on the prow while the other took the stern. Each man then stayed where he was. Soon a fierce storm began to blow and the ship foundered. The man standing at the stern asked the helmsman which part of the ship was likely to sink first. 'It will be the prow,' said the helmsman. 'So be it!' said the man. 'The thought of death does not trouble me so long as I will see my enemy die before me!'" This is where Captain Netanyahu led the Palestinians, and this is where he is leading us all.