A year and a half of war has pushed Yemen into famine as food insecurity threatens 14 million people, while the fighting parties spend millions on war. 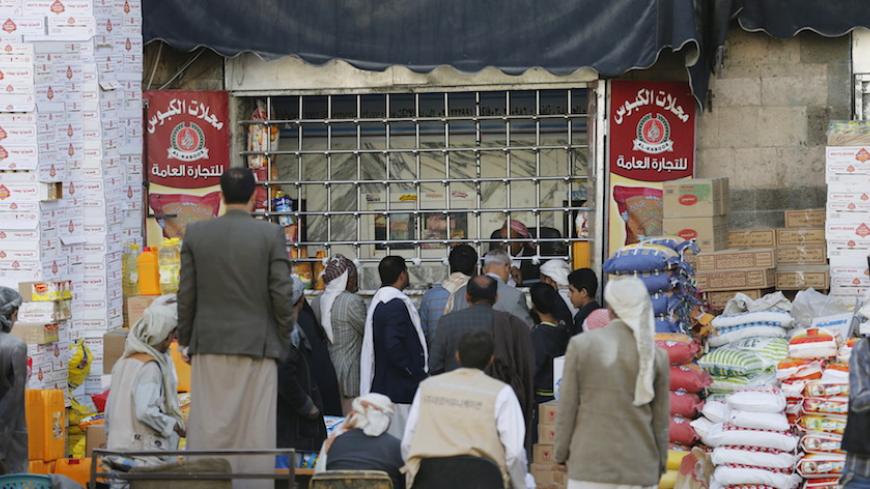 SANAA, Yemen — A collection of shocking photos of starving people barely surviving have shown the world that Yemen, the poorest country in the Middle East according to the World Food Programme (WFP), has plunged into famine.

The photos, taken in the district of al-Tuhayat in Yemen's western province of Hodeidah, have shocked Yemenis and panicked relief organizations. They tragically prove the extent of the catastrophe resulting from 18 months of civil war, which Saudi Arabia joined leading a regional military coalition on March 26, 2015.

Despite the United Nations' warnings of the coming famine, the photos of hungry Yemenis left no doubt that it's arrived.

Nearly 5,800 people reside in the starving district, spread among small towns. It lies on the coast between the port cities of Hodeidah and Mokha. The severe food shortage is worst there, where the situation is the most severe, but half of the Yemeni population lives in hunger. The United Nations Children's Fund stated Oct. 28, “Yemen's 18-month war has left 370,000 children at risk of severe malnutrition — a condition which needs urgent treatment to prevent a child from dying.”

Salman Abdul Raqib, a member of the BasmtnaSalam initiative, which had sent aid convoy from Sanaa to the Tuhayat district Oct. 22, told Al-Monitor that famine has hit 90% of the district's population, "which is absolutely horrible. Some of those who received our aid are very skinny. They are skin and bone and barely moving, not only because of hunger, but also for being sick.”

He added, “There are merchants and organizations providing assistance to the people of Tuhayat that is easing their hunger. But for how long will it last? Can we ensure that these people will be fed for another year? If the war continues and the economy continues to deteriorate, who will be providing for them?”

Fear of the Saudi-led coalition’s airstrikes on the Tihama coastal areas is largely to blame for the suffering of Tuhayat, whose citizens are dependent upon fisheries as their source of income. As the Saudi-led coalition started shelling fishing boats, which the coalition accuses of supplying the rebels with weapons, the fishermen have stopped fishing and lost their livelihoods.

The WFP reported Sept. 25, “The number of food-insecure people in Yemen is estimated at close to 14 million, according to a WFP food security assessment in June. This includes 7 million people who are severely food insecure, with 70% of the population of some governorates unable to provide food for themselves.”

The situation has been aggravated by the delayed payment of the salaries of 1.25 million state employees. This income is depended on by 6.9 million people, 48.2% of whom are children, according to an October report by the Yemeni Ministry of Planning.

Hunger is not limited to Yemen’s west coast. In the capital of Sanaa, dozens of new people have joined the long list of beggars roaming the streets and commercial centers.

Um Mohammed told Al-Monitor while begging next to al-Jumhouri Hospital, “I could not bear my children crying from hunger pains. I have no food at home, and I lost my job as a housemaid a year and a half ago. Begging is my last resort.”

Mohammed sits six hours a day on the sidewalk with her back to an electrical pole, with her three children between 5 and 10 years of age sitting next to her to inspire pity in the passers-by.

She added, “There were charities that provided us on a monthly basis with basic foods such as flour, rice and sugar. But they no longer exist. I am a widow and I beg to feed my children. We have not heard from my husband since 2011.”

The warring parties in Yemen continue to spend tens of millions of dollars to finance the war and buy weapons while poverty and hunger have ravaged most of Yemen's cities.

The warring parties, the Houthis and President Abed Rabbo Mansour Hadi’s government, seem indifferent to the dire situation in Tuhayat and other districts and leave it to international organizations and youth and business initiatives to address.

Asked whether the government will act to resolve the food crisis in Hodeidah, a senior government source told Al-Monitor, “I do not have that information.” An Ansar Allah official likewise refused to comment on the issue.

Yemen is on the brink of disaster. The health, education and food systems have collapsed, and thousands of Yemenis have exhausted all of their survival strategies. Many may starve to death if the war continues much longer.

Undoubtedly, local actors are by themselves unable to halt the civil war that has killed at least 10,000 people as of August 2016, according to the UN. It is up to Saudi Arabia and Iran to decide on the matter, or at least to pressure their Yemeni allies to negotiate.