Despite Trump’s anti-Muslim rhetoric, Turks appear to be supporting him for president of the United States. 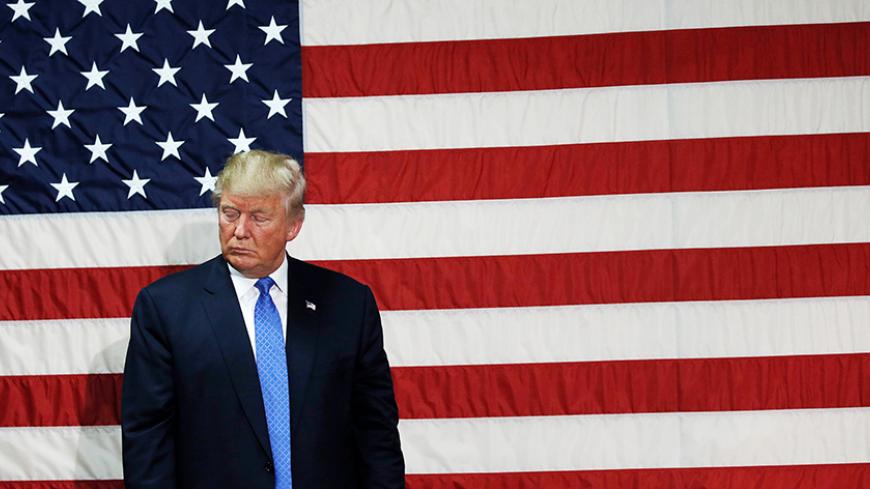 Turkey is following the US presidential race with great interest. Sensing the outcome of the election might significantly influence ties between Turkey and the United States, many local columnists have been discussing which new US president will be better for the US-Turkey relationship. Trump’s scandalously explicit remarks about women and sexuality must also be disturbing for any conservative Turk. Hence a recent headline in a pro-government tabloid read, “The anti-Islam Trump also turned out to be a pervert.”

Still, the pro-government media seems to be a bit more sympathetic toward Donald Trump, while anti-government media is siding with Hillary Clinton. This may sound quite surprising, for Turkey’s pro-government media is also pro-Islamic, and Trump is known for this unfriendly tone toward Muslims. But for Turks, their own political drama is more important than everything else. The July 15 attempted military coup was a breaking point in a myriad of ways. Clinton’s and Trump’s reactions to this traumatic event and Fethullah Gulen’s possible extradition shaped public opinion in Turkey. That’s when things took a clear turn, as the pro-government media, which previously criticized Trump for his “banning Muslims” stances, shifted toward him thanks to his clear support for Turkish President Recep Tayyip Erdogan. Things got much more complicated for Clinton, who was seen as a supporter of the Gulen movement, which the government blames for the attempted coup.

On Oct. 6, Sabah, the main pro-government paper, came out with a front-page headline “Himmet paralari Clinton’a gitti,” which translates as “Religious donations [referring to Gulenists in this context] went to Clinton.” On Sept. 28, pro-government newspapers such as Yeni Safak and Yeni Akit published news about the latest operation against the Gulen movement’s civil society association Kimse Yok Mu, which resulted in 41 people being taken into custody. According to the news, the money that was allegedly collected for humanitarian purposes during the Muslim Eid al-Adha (Feast of Sacrifice) was illegally transferred to the United States. Moreover, the news reported that $1 million was allegedly donated to Clinton’s election campaign and that firms tied to the Gulen movement have been lobbying for Clinton in the United States.

Ovur also elaborated on all the arguments that are common among government supporters who hold grudges against Clinton. He described Clinton as a “woman representative” of familiar American foreign policy, one that aims for creation of microstates and supports “controlled chaos politics” in important regions in the world. Ovur acknowledged Trump’s exclusivist or even racist narratives, but passed over them while praising Trump’s promises of taking into account existing states and practicing politics that prioritizes stability. Kayahan Uygur from Gunes newspaper shared very similar views, adding that Trump’s racism is exaggerated, and he is not scared of Islam. Even then, continued Uygur, Clinton — who is “war-instigating and in pursuit of tension” — is not less racist than Trump, considering her political record and President Barack Obama’s well-known foreign policy. Furthermore, the widespread belief among the conservative camp that the CIA took part in the coup gained major sympathy from Justice and Development Party (AKP) followers. Thus, finishes Uygur, “If Trump is better for our country, we cannot stay impartial.”

In a similar vein, Ismail Caglar, writing in the pro-government daily Turkiye, argued that whoever comes to power “cannot be worse than Obama,” but it seems that Trump will be more advantageous for Turkey-US relations. Yet tensions persist regardless, stressed Caglar, because Turkey’s interests, as the country becomes stronger, will increasingly contradict American interests.

Yusuf Ziya Comert, from Karar newspaper, which is mildly supportive of the government, also claimed that there is no good outcome for Turkey whoever wins, but he still stressed, “No benefits to us from Hillary.” Ahmet Kekec, from pro-government Star newspaper, wrote that whoever wins, the US view on Gulen won’t change, as either of the two presidential candidates will have to abide by the Pentagon’s or CIA’s view. Accordingly, Kekec claimed that Gulen is a political, not legal issue, so the solution to it will be political bargain as well.

Hilal Kaplan, from Sabah, thinks it is the best if Turkey continues following the American elections “impartially,” since it doesn’t have strength to influence the result.

When I spoke to some AKP supporters, they said they agree with pro-government media. One private business owner told me, “Democrats haven’t solved anything in the world lately, and Trump seems like he will make America mind its own business.” When I asked him about Trump’s Islamophobic narratives, my interlocutor said, “Trump is not an enemy of Islam, he is just made to look like that.” Another Turkish successful businesswoman who praises Trump and is close to AKP political circles didn’t seem to care much about Trump’s sexist comments and misogynist rhetoric. Yet she was very confident in asserting that the attempted military coup was a breaking point for Ankara. Since the perception in Turkey is that Clinton supports the Gulen movement, which is a burning matter for Turkey at the moment, it is clear why Trump might be more preferred as the new American president.

On the other hand, Turkish critical media don’t agree with pro-government media blowing Trump’s horn. In her article Ankara Versus Hillary, Ahu Ozyurt criticizes the increasingly notable anti-Clinton rhetoric in pro-government media, which she explains by the government’s historical alignment with Republican candidates and Ankara’s lack of a nuanced approach toward US institutions when it comes to Gulenists. Ozyurt reminded her readers that Clinton, after becoming the junior senator from New York in 2000, was among the first American politicians who received visiting AKP delegates. Moreover, when Erdogan first faced prison, as well as when he was released from jail, US President Bill Clinton’s diplomats were the first ones to visit Erdogan. Unfortunately, said Ozyurt, instead of having a “more pragmatic and effective” approach to a possible Clinton presidency, “the chances are that Ankara will again lock itself inside mediocrity and shortsightedness.”

Ceyda Karan, a left-wing columnist for the opposition newspaper Cumhuriyet, wrote that Trump is “tailor made” for the current Turkish government, but only unwisely so. Karan warns of Trump’s unpredictability and argues that Clinton is the most solid choice for Ankara, as the “strategic ally … for … American imperial force’s expensive liberal interventionist project.”

Asli Aydintasbas of the same paper also cautioned of Trump’s inconsistency, but wrote that after the July 15 military coup attempt, Ankara appreciated Trump’s clear emphasis that he wouldn’t make an issue of human rights in Turkey and violations of democracy if he comes to power. She also criticized what she calls secret “Trump expectancy” in Ankara’s highest political circles as “extremely wrong and shortsighted.”

Nevsin Mengu of the Hurriyet Daily News claimed that pro-government journalists apparently identify Trump with “defying the status quo.” Moreover, continued Mengu, “Although not favored by the mainstream, both [Trump and Erdogan] are supported by crowds on the street.”

For his part, Erdogan is much more successful and experienced as a politician than Trump. On June 24, Erdogan criticized Trump’s Islamophobic rhetoric and even called for removing Trump’s name from “Trump Towers,” the shopping center and residence in Istanbul. But now, three months later, during his latest visit to the United States, Erdogan was asked Sept. 23 about his support for Clinton or Trump. He gave a balanced response: “I respect the will of American people. I can’t give any declaration of support.” He also added, “I worked for 14 years with both Republicans and Democrats, Mr. Bush and Mr. Obama. Any rupture with the US is not under consideration; continuation is fundamental in politics.”