What Saudi Arabia can offer Israel

The unofficial visit by a retired Saudi general to Israel was a quiet overture that indicated Riyadh is willing to explore normalization with Israel in return for advancing the 2002 Arab Peace Initiative. 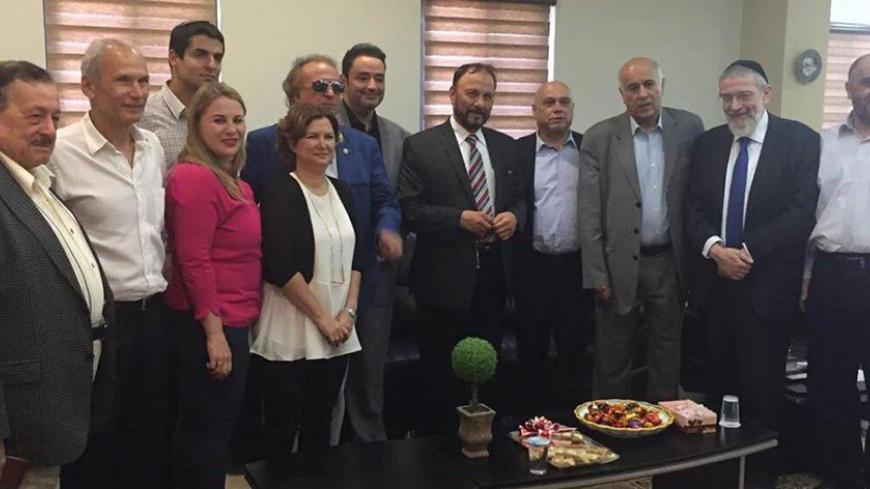 This week, the Saudi Foreign Ministry clarified that a delegation headed by retired Gen. Anwar Eshki that visited Israel July 22 did not represent the views of the government in Riyadh. In response to a question by pro-Saudi newspaper Al-Hayat, the Foreign Ministry said that the Saudi government “has no ties to Eshki and the likes of him.” “The likes” of Eshki was a reference to Prince Turki bin Faisal Al Saud, who in recent years has met openly with former senior Israel Defense Forces officials Yaakov Amidror and Amos Yadlin, both retired generals. The Saudi general and prince have granted generous interviews to Israeli media outlets, maintain ties with Israeli peace organizations and sit alongside Israeli delegates at international conferences around the world.

Eshki himself recently told Israeli publication Yedioth Ahronoth, “My government did not ask me to conduct negotiations, and the Israeli side was not given such a mission or authorization either. … I don’t need permission because I am not a government official and not in any official capacity. If I were in an official capacity, this would not have happened. I define all the meetings I had with the Israelis as private and noncommittal conversations.”

Nonetheless, Middle East scholar Matti Steinberg, who documents the steps taken both to promote the 2002 Arab Peace Initiative and to undermine it, suggests reading between the lines of the Saudi Foreign Ministry’s reaction. There, he identifies a “half-hearted admission” that the government does indeed sanction the visit, given that the Saudi Interior Ministry specifically bans travel to Israel (as well as to Iran, Iraq and Thailand).

“There’s no doubt that the visit was authorized and quietly initiated by the Saudis behind the scenes,” said Steinberg, formerly a special adviser to heads of the Shin Bet security service. “I think that Egypt, too, within the framework of President [Abdel Fattah] al-Sisi’s initiative, was in on the secret.” One can also assume that without a green light, the retired general would not have met openly with the top official of Israel’s foreign service, Foreign Ministry Director-General Dore Gold, and with Coordinator of Government Activities in the Territories Maj. Gen. Yoav Mordechai, the most senior IDF officer in the West Bank.

Eshki was quick to shake off the bear hug bestowed on him by members of the political opposition he met in Jerusalem. “Israel will not be able to establish relations with the Gulf states, and Saudi Arabia foremost, before it signs a permanent agreement with the Palestinian Authority,” the retired general said in a July 24 interview on Israel's Army Radio. “There will not be peace first with the Arab states, but rather with the Palestinian brothers first.”

Afterward, Eshki wrote on Facebook, “I visited Palestine at the honorable invitation of the heads of the PA and I found it besieged by enemies who harass its residents.” In the same breath he directed a barb toward “friends who abstain from visiting them,” hinting at Arab personalities who support the Palestinian cause remotely and make do with convening conferences and delivering enthusiastic speeches from afar — the emir of Kuwait, for example. On July 25, Sheikh Sabah al-Ahmad al-Jaber al-Sabah vowed to participants of the Arab League conference in Mauritania that his country would work toward convening an international conference to discuss “the Israeli damage to the Palestinian children.”

The prime minister of Bahrain, Prince Khalifa bin Salman Al Khalifa, declared at the summit, “The Palestinian issue is at the top of the Arab League’s priorities.” But the low level of the participants, the decision to cut the summit to a single day and the speakers’ own words indicate that the agenda of the Arab leaders is totally different. The vast majority, including Sisi and Saudi King Salman bin Abdul-Aziz Al Saud, stayed home.

The speeches and resolutions focused on ways to fight against the terror organizations threatening the existing order in the Arab states. Behind Eshki’s unofficial visit and the official one July 10 by Egyptian Foreign Minister Sameh Shoukry to Israel are common enemies in the battle for regional hegemony, headed by Iran and the Islamic State.

In an interview he gave last month to Yedioth Ahronoth at a conference in Doha, Eshki was frank in saying, “Circumstances have changed," and "Today we can easily single out common enemies.” Domestic Saudi circumstances have also changed. In the era of the previous monarch, the one who launched the Arab Peace Initiative, there was no chance of reaching a real and comprehensive peace, said the retired general. “Based on personal knowledge,” he added that it’s possible under Salman.

“I know Israel has reservations about the peace plan,” Eshki noted. “We have already received comments and requests for revisions. Some of them can be resolved. … Today we can conduct talks and discussions and examine your demands.” In saying this, he contradicted the claims by Israeli opponents of the initiative that the document constitutes an inviolable dictate to Israel.

The Arab willingness to give Israel an advance payment in the form of normalizing ties with the Arab world without receiving anything in return on the Palestinian front signals a change in the Arab League’s strategy. The normalization card was offered as collateral, to be redeemed the day Israel announces its adoption of the 2002 Arab Peace Initiative.

Israel’s right-wing government portrays the public diplomacy being conducted by Egypt and Saudi Arabia as proof that its concept of “peace in return for peace” has been successful. Important Arab states are willing to openly embrace us even though we have not given up one inch of the West Bank and even as we continue to control Al-Aqsa Mosque, conveniently forgetting Israel handing over the Sinai Peninsula.

Given the government’s current makeup, one outpost in the southern Hebron hills is equal to diplomatic relations with all the Arab states. To advance the Arab Peace Initiative and to change its place on the regional map, Israel must first change its own internal political map.