Russia and the US find themselves in a complex situation in Syria, with plenty of doubt to go around. 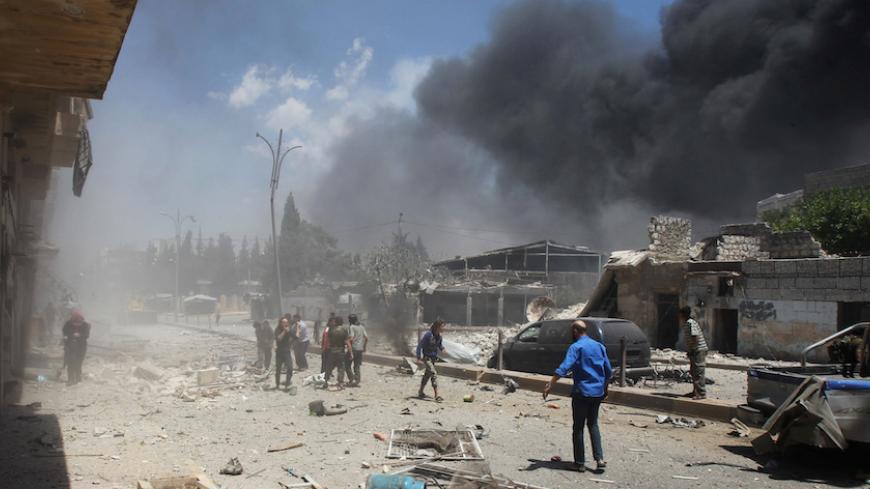 As last week’s “dissent cable,” signed by US State Department officials, criticized President Barack Obama’s Syrian strategy for not being very strategic, the mood in Moscow seems quite different. Recent low-intensity diplomatic spats between the two states over whose patience is running thinner in Syria signal more-profound grievances in both capitals regarding their respective strategies, as well as one another.

Indeed, Secretary of State John Kerry said US “patience is not infinite” and is “in fact, very limited with respect to whether or not [Syrian President Bashar al-]Assad is going to be held accountable.” That statement spurred strong reaction from the Russians. Immediately afterward, Russian Foreign Minister Sergey Lavrov advised Kerry to be “less impatient,” especially since Obama has repeatedly stated that his administration is “carrying out a policy of strategic patience.” Russian military officials were — quite predictably — even harsher. “If anyone’s patience on Syria is waning, it is ours, not the United States',” said Valery Gerasimov, chief of the Russian military’s general staff.

“We are in full compliance with our obligations to maintain the cease-fire and ensure national reconciliation in Syria,” Gerasimov said. “For three months we’ve been sending positioning data of [the Islamic State (IS)] and [Jabhat al-Nusra] to the Americans, and our US partners are still undecided where there are opposition forces and where there are ‘turncoats’ from international terrorist organizations.”

In fact, the statements reflect a broader disappointment within Moscow. Russian media and mainstream commentators have until now focused primarily on the battle for Raqqa, but more knowledgeable pundits and decision-makers are tacitly concerned that the events in Syria are not running the course Moscow initially charted. No doubt, IS is largely seen by most parties as an enemy that cannot be compromised with under any circumstances. But as far as the US presence in the area is concerned, some Russian reporters compare it to the “run for Berlin,” meaning Russia and the United States are desperately trying to ensure their own forces seize the city first.

From the very beginning, though, Russian military experts were skeptical that Raqqa was ever a real goal for Assad, who devoted more effort toward capturing Tabqa to gain a foothold for further offensives. It is clear that plan hasn't been working well so far: IS recaptured large chunks of the territory from Syrian forces in Raqqa and other areas, while the opposition forces maintained their control as well. All of this makes the future of Assad and his army more uncertain. And Moscow's own uncertainty is growing over what it largely sees as Washington starting to pursue a more delicate policy.

When BasNews reported June 14 that the United States had mediated a late-May meeting between Turkish authorities and representatives of the Kurdistan Workers Party (PKK) at Turkey’s Incirlik Air Base, Russian reporters interpreted the results as successful. The meeting reportedly resulted in a compromise under which Turkey’s government will allow Syrian Democratic Forces to control northern areas of Syria west of the Euphrates, while PKK fighters will recede from Kurdish towns in Turkey’s southeast.

The agreement also might be a tactical gain for Jabhat al-Nusra, since it could now focus more on fighting Assad's forces.

Similarly, Moscow sees the Kurdish offensive in Manbij, Syria, with the support of NATO special forces as an attempt by the US-led coalition to take control of nearby Jarablus — a key transit route through which militants receive aid from the Turkish territory. In turn, this will help Americans, in the view of Russian military experts, to capture the border town of Azaz and, finally — with the help of the Free Syrian Army and other opposition groups — get a grip on Afrin. Having these territories under the control of US-allied forces isn’t something Moscow would like to see. In this equation, controlling Aleppo and Idlib would be a huge factor in strengthening Damascus domestically as well as internationally at the negotiating table. Therefore, Moscow’s even greater concern is whether Washington will support Ankara in transferring additional resources into these areas. If that should happen, Russia fears Syria could lose some territory.

So, the Kremlin is desperately trying to devise an adequate counter-plan. Russian Defense Minister Sergei Shoigu's visits to Iran and Syria can be viewed as part of this effort. Or, Russia might use its more traditional approach of recruiting former US allies from the cohort of rebel opposition groups. Both moves are understandable — Moscow wants to coordinate efforts with its tactical allies to make its policies more effective and, at the same time, secure its influence within opposition groups when and if they become part of the transition process in Syria. There’s a reasonable concern in Moscow that this might not be enough: Assad’s commanders have been making some grave mistakes on the battlefield while the opposition forces are stretching out government troops and hitting “army-free” areas.

Against this background there has been some criticism of Moscow’s standing on the cease-fire. “Russia had to agree to the cease-fire because it would otherwise end up in a quagmire. But the way the cease-fire is being managed gives anti-Assad forces time to regroup and grow muscles,” a military expert with a long record of service in the Russian army told Al-Monitor. Meanwhile, a Russian soldier was killed in Homs province last week while trying to stop a car bomb going full speed toward a humanitarian aid delivery point. This raised the official death toll of Russian soldiers to 11.

At the same time, incidents between Russian and American jets in the skies over Syria are becoming more frequent. As Russian planes continue to strike what Americans see as opposition forces and their infrastructure, American pilots try to stop those maneuvers through what has been described as “aerial close encounters.” On a positive note, communication mechanisms are there and functioning. Yet the near-clashes are not only a worrisome sign of how close the two powers are to a potential disaster, but also how committed and desperate both parties are in trying to have it their own way.

Nikolay Kozhanov, a nonresident fellow at Carnegie Moscow Center, recently noted that “no party in Syria is willing to cease hostilities under the current state of affairs — however, all are positive that time is on their side.”

Moscow’s concerns over the successes of American strategy seemingly contradict the criticism the strategy encounters in Washington. But similar concerns and contradictions in other capitals reflect that the respective parties feel their policies aren’t working. If this is the case, the crisis in Syria has reached a new milestone where all the parties — internal and external alike — could be looking to redraw their strategies in the coming weeks.