How Netanyahu sows fear among Israelis 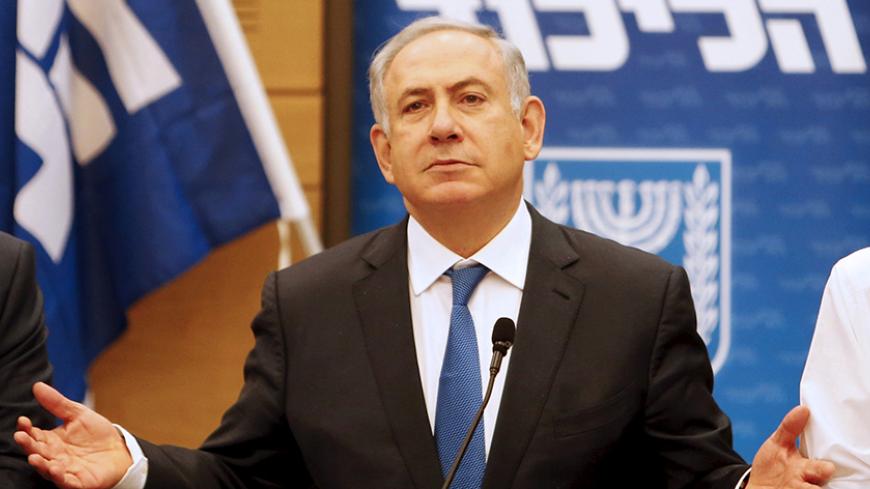 The unusual gathering March 29 in the Ramallah office of Palestinian President Mahmoud Abbas was ignored by the Israeli media despite its importance. At the height of the ongoing intifada, several dozen Israelis of Sephardic (Middle Eastern) origin came to the Palestinian leader’s headquarters, the Muqata, to talk about cooperation and peace.

Abbas went out of his way to make their visit pleasant. He told his guests that he listens to the late Moshe Eliyahu, the Syrian-born Israeli poet and lyricist (1919-1994). “We, Arabs, have a lot in common with the Arab Jews,” Abbas said. “Language, history, culture, art, music … if we reach a peace agreement, Israel’s relations with 57 Arab and Muslim states will be normalized and Israeli society will have an opportunity to live in stability with its neighbors, without fences and isolation.”

Two days later, a special interview with Abbas was aired on Channel 2’s prime-time documentary program, Uvda, in which the Palestinian president declared that Israeli Prime Minister Benjamin Netanyahu was still a partner for peace, and he spoke about his own efforts to prevent terrorism against Israelis. “Ask yourself,” he said, “why this boy, 15 years old, takes a knife, knowing he’s going to die but nonetheless goes … that’s because he has no hope.”

This is not the first time Abbas has tried to address the Israeli public over the heads of its leaders. Once every so often, even at the height of the current round of terror, he meets with Israeli journalists. Generally, he appears to encourage encounters between Palestinians and Israelis, in the spirit of the initiative reported by Shlomi Eldar for Al-Monitor: meetings between the heads of Israeli regional councils and mayors, among them members of the Likud Party, and Palestinians.

One can debate whether Abbas' actions are sincere, and whether he really believes what he says about peace and reaching out to Netanyahu or whether these are simply tactics. But one cannot ignore the efforts of the Palestinian leader to encourage a sane dialogue and to appear to be trying to instill calm. This is in direct contradiction to the way Netanyahu has been presenting him to Israelis in recent years, and more so during the current wave of terror — as the prime inciter.

It is rare to find hope in Netanyahu’s speeches or declarations. The mention of peace will always be relegated to the sidelines because they are of no political use to him. Imagine that instead of an urgently convened news conference following a terror attack or terror-related incident, Netanyahu were to invite Palestinian journalists to his office and explain his positions. Or imagine him encouraging meetings between Jewish and Palestinian youths in an effort to counteract the effective Palestinian propaganda against Israel.

In examining the rhetoric Netanyahu has been using during this so-called intifada of individuals, which started in October 2015, one finds that it is an almost exact replica of his fright-mongering speeches about the Iranian threat. Phrases laden with pathos about preventing a second Holocaust and about the war of the enlightened against the sons of darkness featured in many of his speeches about Iran. Netanyahu, as always, was persuasive and impressive. His descriptions of an apoplectic reality sounded credible, and they were based, of course, on an existing reality: Iran attempted and continues to attempt (this is a prevailing opinion within the Israeli government) to obtain nuclear weapons. Netanyahu does not balance the rhetoric of fear with words of hope.

With impressive speed Netanyahu took the rhetoric he used about Iran and copy-pasted it in referring to the Palestinians, and to a large extent also to Israel’s Arab citizens. Netanyahu makes sure to reiterate the same message: The world around us is teeming and fraught with threats, from the Islamic State to the Arabs of Israel, and therefore we must be united against all these evils.

This theme can be found in almost every one of his speeches or announcements to the media, or on his Facebook page. There are numerous examples. The message is one, and only one. This was the case, for example, when he spoke in February at an event marking the 100th birthday of the late Likud Party Prime Minister Yitzhak Shamir. Netanyahu reviewed the history of Palestinian terrorism from the outset of the Zionist movement and explained, “The first terror wave, in the 1920s, when my grandfather came to Israel, was also fed by the claim of Mufti Hajj Amin al-Husseini that the Jews were going to destroy Al-Aqsa Mosque and build the Third Temple in its stead. Sound familiar to you? …The incitement is ongoing, and terror waves come and go, and the attempts to explain it with the despair and frustration of Palestinians are incorrect … It does not stem from despair and frustration and inability to build, it stems from despair and frustration at their inability to destroy.”

At a news conference he convened after the March 19 Istanbul attack in which three Israelis were killed, Netanyahu repeated his claim that the Palestinian terrorism and the terror striking Europe stem from the same ideology: “Terrorism does not stem from deprivation or frustration. It is not the result of ‘the occupation’ nor of despair; it stems from hope — the hope of Islamic State terrorists that they will succeed in establishing a Muslim Caliphate throughout Europe and the hope of Palestinian terrorists that they will succeed in establishing a Palestinian state throughout Israel.”

Like an articulate Middle East commentator, Netanyahu sounds like he knows what he is talking about. But Netanyahu does not provide any solution — he only scares. Inside, the nicely wrapped package of words is hollow. There is no solution there — only a void. Netanyahu simply blinds the public with more words and more slogans.