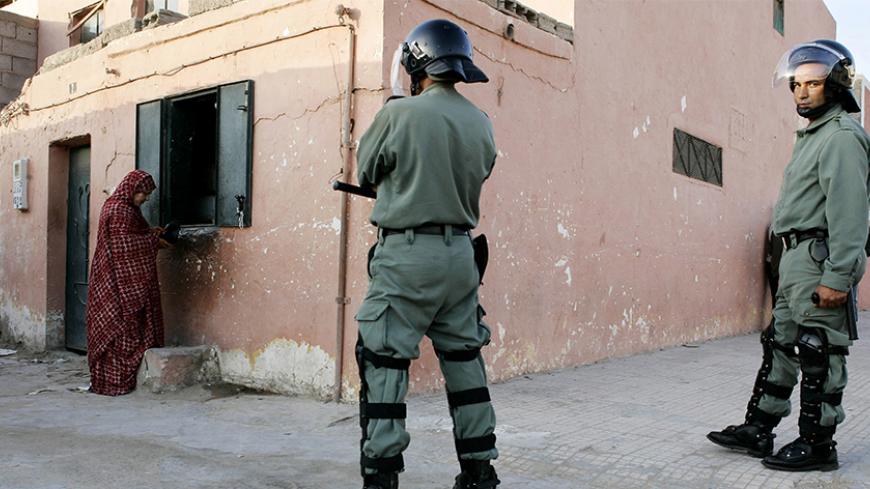 Congress' human rights panel is taking a rare look this week at US ally Morocco's controversial record in the disputed Western Sahara.

The March 23 hearing by the Tom Lantos Human Rights Commission comes as the 25-year-old UN mission to set up a referendum in the resource-rich area is set to expire next month barring another extension. Morocco announced last week that it was ending its $3 million contribution to the mission after UN Secretary-General Ban Ki-moon called the country's presence an "occupation," which sparked a mass protest in Rabat.

"For far too long the native peoples have had their rights of self-determination put on hold, while numerous other internationally recognized human rights have been violated by Morocco’s occupation," commission co-chairman Joe Pitts, R-Penn., told Al-Monitor in an e-mail. "The Moroccan Government’s latest row with the Secretary General of the United Nations demonstrates the unattainable posture of the Kingdom. A resolution can only come with a spirit of cooperation, transparency and engagement — the hearing hopes to play a role towards that end, and I hope the State Department will decide to participate on Wednesday."

The conflict dates back to 1975, when Morocco annexed what it refers to as its "southern province" following the withdrawal of occupying power Spain. Rabat has offered autonomy to the region, but a number of the native Sahrawi inhabitants living in refugee camps in Algeria want a referendum on independence.

The Polisario Front, which represents the pro-independence faction, accused Morocco of inflicting a "slap in the face to the Security Council, and a dangerous provocation that could lead to war" in a March 20 statement.

Yet, a lobbyist for Morocco said it is the Polisario that deserves scrutiny. “Almost a decade ago, Chairman Tom Lantos himself urged the Polisario Front to accept Morocco’s ‘reasonable and realistic offer’ of ‘far-reaching autonomy for the people of the Western Sahara.’ Majorities of Congress in both chambers have done the same, reinforcing US policy supporting a solution to the conflict based on a formula of autonomy under Moroccan sovereignty through letters, hearings, statements and laws. And while Morocco is doing everything it can to improve the lives of the people living in the area — devolving power to local authorities, building new infrastructure, and investing in job creation and education — Algeria and the Polisario haven’t budged, letting thousands of people languish in desolate camps, even robbing them of humanitarian aid. It is the Polisario that deserve the scrutiny of the commission bearing Chairman Lantos’ name,” said Jordan Paul, executive director of the Moroccan American Center for Policy.

The US State Department calls Morocco's autonomy plan "serious, realistic and credible" if the Sahrawis can be convinced it is in their interest. Its most recent human rights report, however, alleges “government restrictions on the civil liberties and political rights of pro-independence advocates; limitations on the freedoms of speech, press, assembly, and association, and the use of arbitrary and prolonged detention to quell dissent.”

Meanwhile, Congress has increasingly sided with Morocco in recent years following a $3 million-a-year lobbying blitz, which dwarfs rival Algeria's $420,000-a-year campaign. For the past two years, Congress has mandated that part of the US economic assistance for Morocco be earmarked for the Western Sahara, which the State Department has followed by investing in "civil society organizations" and "local representative bodies."

Pitts has been a lone vote of dissent. Last year, he wrote a letter, first reported by Al-Monitor, to Democratic presidential candidate Hillary Clinton protesting a Morrocan mining company's $1 million donation to the Clinton Foundation.

Much of the dispute centers around Morroco's exploitation of the area's natural resources, including phosphate deposits and fisheries. Morocco counters that it is spending vast sums of money to improve the lives of the region's inhabitants, making its operations in the non-self-governing territory legal under international law.

The March 23 hearing will be the first time the House examines the conditions in the Western Sahara in about a decade, according to congressional staffers. Invited witnesses include several prominent advocates for Sahrawi rights, but no State Department officials had agreed to appear as of March 22.