Why the executions of cleric Nimr al-Nimr and three other Shiites in Saudi Arabia are not the result of Sunni-Shiite sectarianism as many have claimed. 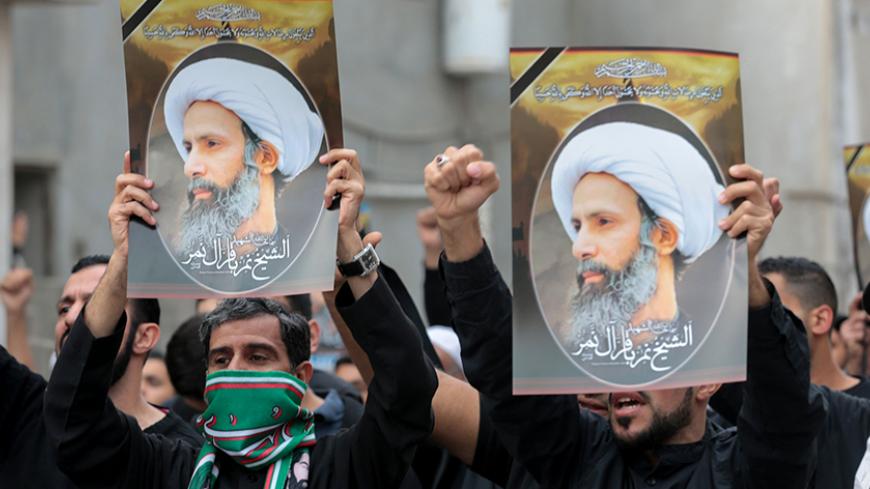 Saudi Arabia's execution of 47 accused terrorists on Jan. 2 drew extensive condemnation in the United States. Further, because four of the men executed were Shiites, including in particular Shiite religious leader Sheikh Nimr al-Nimr, Saudi Arabia's embassy in Tehran and consulate general in Mashhad were stormed the same day and set ablaze by rioting Iranian Basij and others. In response to these incidents, Saudi Arabia and many of its Arab allies severed diplomatic relations with Iran. Yet, in the face of criticism by US officials and pundits trying to twist the executions into an example of the state-sanctioned killing of innocent people, or a case of Sunni sectarian actions against a Shiite minority, the truth needs to be told: The 47 men executed were proven terrorists and criminals, all of whom had committed or inspired murder, and many of whom had direct links to al-Qaeda or the terrorist Shiite group Hezbollah al-Hejaz (Saudi Hezbollah).

The al-Qaeda links were established legal fact. Indeed, 43 of those executed were tied to the men who carried out 9/11. They had been fighters, recruiters, senior commanders and theologians in the terrorist group behind the horrors of the attacks on the World Trade Center, United Flight 93 and the Pentagon. Furthermore, they had been part of the local Saudi branch of al-Qaeda that carried out a series of terrorist attacks between 2003 and 2006 in the kingdom in an attempt to foment mass murder on a scale equal to or beyond 9/11. Although these attempts ultimately failed, they nevertheless led to the deaths of numerous civilians, including many Americans.

As noted, some critics have characterized the Saudi executions as an act of Sunni sectarian violence against members of a Shiite minority primarily because one of those executed, Nimr, was a renowned cleric in the Shiite enclave of Qatif. Leaving aside that only 4 of the 47 men killed were Shiites, thus totally debunking the accusations of sectarian violence, a closer look at Nimr suggests that he was nothing like the peaceful activist campaigning against an authoritarian monarchy and discrimination depicted in the press by certain White House officials. He was in fact a political extremist linked to a known terrorist group and numerous killings. In the words of Tawfiq al-Sayf, a prominent Shiite activist in Saudi Arabia, Nimr was fomenting a “Shi‘a equivalent of ISIS.”

In his public life, Nimr had been closely tied to Hezbollah al-Hejaz, the armed, avowedly Khomeinist group established in Qatif and active in Saudi Arabia's Eastern Province, Kuwait and Bahrain. As a leadership figure in the organization, Nimr consistently preached that the Sunni ruling dynasties in the three countries were illegitimate and called for armed struggle against the Saudi government. Hezbollah al-Hejaz carried out the 1996 Khobar Towers bombing that killed 20 US service personnel and injured 498 people of various nationalities. The four senior members who led the attack, and who are on the FBI’s Most Wanted Terrorists list, subsequently fled to Iran and continue to live there in hiding with the support of the mullahs in Tehran. The plot recently thickened.

On Aug. 26, 2015, it was announced that Saudi intelligence officers had apprehended Ahmed Ibrahim al-Mughassil, leader of the Hezbollah al-Hejaz cell that carried out the Khobar Towers bombing, in a sting operation in Beirut. Since being whisked away under the eyes of Lebanese Hezbollah, Mughassil has been in Saudi custody divulging details about who carried out the Khobar bombings and how they did it. According to a Saudi security official who spoke on condition of anonymity, Mughassil has provided information on the structure of the organization, its funders, its members and its covert links to the current Iranian leadership. Mughassil fingered Nimr as a leading fundraiser, recruiter and facilitator for Hezbollah al-Hejaz in Qatif and Bahrain.

Prior to his execution, Nimr had been directly implicated in the shooting deaths of several Saudi police officers in late 2011, early 2012. Three of his young followers admitted that they had been inspired by Nimr's teachings and directly encouraged by him when they attended a “diwaniya” (gathering) in his home village of Awamiya, in Qatif. Nimr and the three accused killers were subsequently arrested. Convicted of several acts of murder by Saudi courts, they are the four Shiites the kingdom executed.

Perhaps Turkish President Recep Tayyip Erdogan best summed up the mood in Saudi Arabia and most of the Muslim world when he said, “The same people who keep silent during mass killings are now trying to stir up the world over the execution of one person. Four hundred thousand [Syrian] people have been killed … You can never justify yourselves.” Executions like those carried out Jan. 2 will continue as Saudi Arabia attempts to defend itself against terrorists. Mughassil, whose horrific crimes will eventually be made public, will most likely be among those executed. In time, such revelations may come as an embarrassment to the Barack Obama administration, which given the Iranian nuclear deal, seems much more concerned about legacy building than prosecuting Tehran-backed terrorists who have taken countless American lives.