Are clashes spreading to western Turkey?

If pressure on the PKK becomes too intense in the clashes in the southeast, there are signs the group might mobilize its proxies to spread violence to western Turkey. 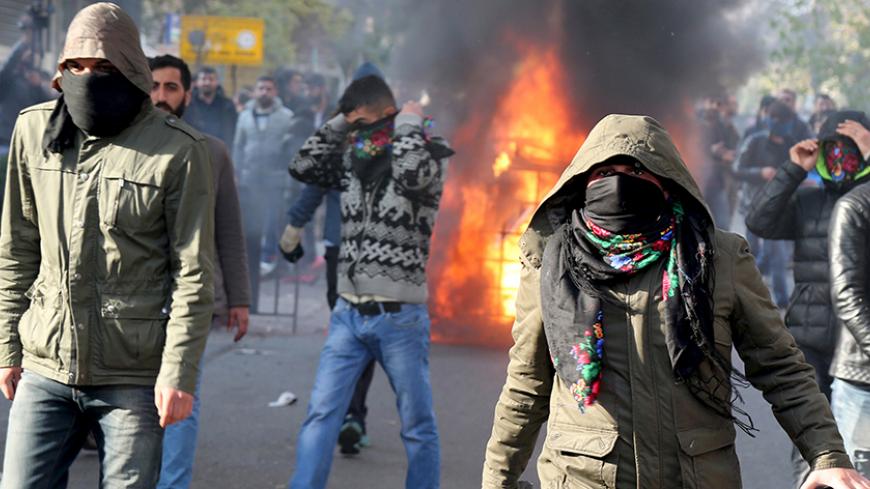 Demonstrators cover their faces as they clash with riot police during a protest against the curfew in Sur district, in the southeastern city of Diyarbakir, Dec. 14, 2015. - REUTERS/Sertac Kayar

Clashes between the Turkish government and Kurdish forces continue unabated in southeastern towns mostly inhabited by Kurds. But now the Kurds appear to be taking the battle to Istanbul and other western Turkey cities.

Despite increasing social and economic costs, the parties show no signs of cooling down. Ankara says it will continue to combat terrorism no matter the cost, and the Kurdistan Workers Party (PKK) issues stern warnings that the clashes could escalate and spread.

The latest such threat came from Cemil Bayik, co-chair of the Union of Kurdish Communities' (KCK) executive council. KCK is a unit of the PKK. Bayik bluntly said, “We are heading to the establishment of a revolutionary resistance front with the participation of organizations that will come from inside and outside of Turkey.”

It is obvious that the predominantly Kurdish southeast will suffer in the months ahead. What about Turkey’s west?

To answer that question, we must look at the field situation. At the moment, Ankara is striving to isolate each district where clashes take place. This long-term siege strategy seeks to disrupt PKK logistics, to weaken its determination to continue. Ankara plans first to break the resistance in towns and then deploy major forces in those locations, establishing a permanent presence to control them. If this siege strategy works, the PKK there will experience a shortage of arms, ammunition and logistical capabilities. For example, in Cizre and Silopi, there has been no electricity for days and there is already a severe shortage of water. Evacuating casualties to hospitals has become a critical problem.

Whether western Turkey will have a calm winter directly relates to the PKK’s response to the siege strategy. The PKK has only one ace to play to break the siege: It must transfer the clashes to western Turkey to ease the pressure it's under in the southeast.

We have already seen the first signs of that approach in some Istanbul neighborhoods where about 50 cars were set on fire last month by unknown arsonists, severely scaring the residents.

The latest and most serious indicators of PKK intentions were four successive explosions within a 100-yard span at 2 a.m. Dec. 23 at Sabiha Gokcen, one of Istanbul's two international airports. The blasts, in the plane parking area, killed one member of an airplane cleaning crew, wounded another and damaged five aircraft. Curiously, until today there had been no official reaction from Ankara to this unprecedented attack. International media reported the attack, but for three days, the Turkish media ignored it.

On Dec. 26, the Kurdistan Freedom Falcons (TAK), whose founders include some former PKK members, claimed responsibility for the attack. TAK said it was retaliating to some operations in the southeast: "This was carried out in response to fascist attacks that have turned Kurdish towns to rubble.”

The last sentence of TAK’s statement was particularly menacing: “From now on the AKP [the ruling Justice and Development Party] and its collaborators won’t be able to live in a fascist dictatorship so comfortably in their own city. As of now, we won’t be responsible for the safety of international airlines that fly to Turkey, or for foreign tourists.”

There is controversy over TAK's origins, but it is believed to have been formed in 2003 by PKK leaders Bayik, Duran Kalkan and Mustafa Karasu. The new group was tasked with terror attacks in city centers and began with illegal street demonstrations, roadblocks and lobbing Molotov cocktails. There are reports that TAK members split from the PKK after accusing the latter of being passive. TAK now claims to be a totally independent group, determining and executing its own operations. The PKK claims none of TAK's actions.

Some of TAK's recent attacks include a June 2010 military bus bombing in Istanbul that killed three people; the Oct. 31, 2010, suicide attack in Istanbul’s Taksim Square, where 32 were injured; and a September 2011 explosion at Ankara’s Kizilay area, where three people were killed and 34 wounded.

The most notable features of the December airport action were the type and location of the attack. There are military and symbolic connotations of TAK’s selection of firing mortars instead of its usual bomb attacks. Mortar rounds that can gain altitude of 3-4 miles are dangerous enough to affect air traffic, and this mortar attack has to be seen as a plan to paralyze life in Istanbul.

Security forces typically use artillery to hit targets in towns, especially in Cizre and Silopi. So, symbolically, TAK is saying it is capable of retaliating to such artillery fire in the southeast by firing mortars at a critical target such as an airport in a major city. Such retaliation also draws publicity, calling foreign attention to Turkey’s efforts to keep a low profile on the clashes in the southeast. Another point to keep in mind was the total disregard for civilian lives in the airport attack. TAK is saying that, just as civilians are being killed in combat zones of the southeast, there could well be civilian casualties in TAK actions in western Turkey.

Why is the PKK itself not carrying out attacks against critical targets in western Turkey? One likely answer is that the PKK is not willing to squander the positive international reputation it is gaining for its struggle against the Islamic State. It doesn’t want to be judged by international opinion of being a terrorist group (even though Turkey and the United States already consider it so). That is why the attacks are carried out by proxies with no active links to the PKK. The PKK actually refuses to acknowledge their existence. This is a new phenomenon Ankara is not accustomed to.

As long as the government keeps stepping up its pressure on Cizre and Silopi, Ankara and Istanbul could become targets of sensational operations directly targeting civilians and designed to paralyze the cities. The PKK's ability to use proxies in its battles is expanding; it is perfectly capable of organizing attacks and then denying involvement or even condemning the acts.

Neither Ankara nor the PKK appear willing to acknowledge the social and economic costs of increasingly urbanized clashes and the use of proxies. In the end, innocent civilians are paying the price. 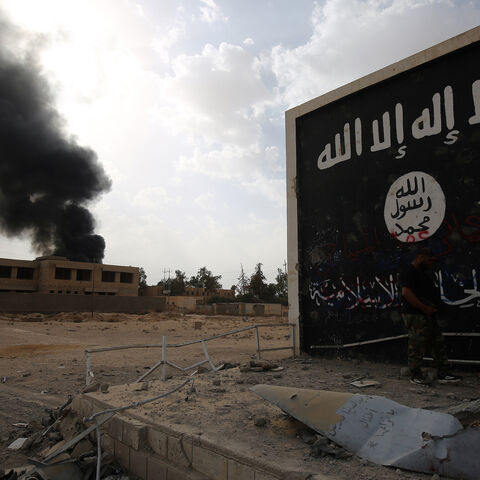