Many observers criticize the recent Saudi election as a largely empty gesture, but others say it marks a first step toward societal change in the kingdom. 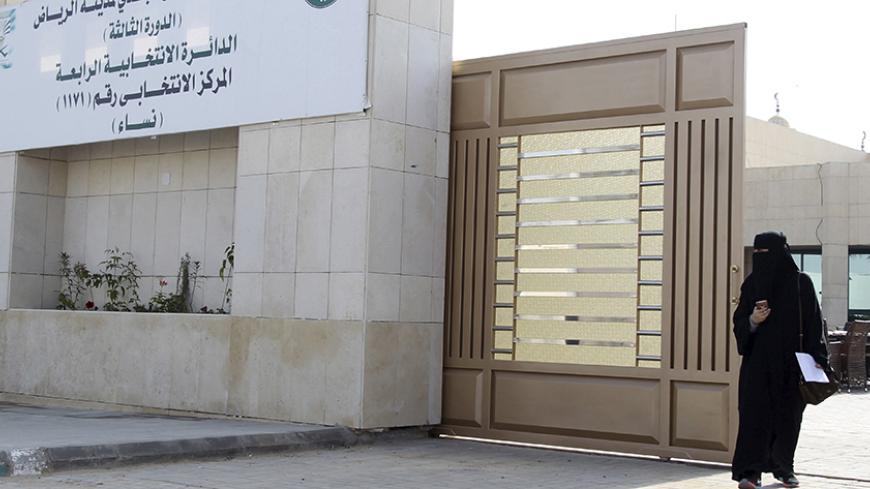 A woman leaves a polling station after casting her vote during municipal elections, in Riyadh, Dec. 12, 2015. - REUTERS/Faisal Al Nasser

Turnout was low for the third-ever election held in Saudi Arabia — and the first in which women were allowed to vote and run for office — but many consider the results significant.

Under the slogan “Take part in the decision-making process,” 703,000 Saudis cast their votes at ballot boxes Dec. 12 in races for 284 municipal councils. Voters were able to elect two-thirds of the total 3,159 council members; the minister of municipal and rural affairs appoints 1,053 members.

The minister himself is appointed by the king, who holds all political and religious authority in Saudi Arabia. The king, who is also the prime minister, appoints and dismisses senior officials such as regional governors, ministers, members of the Council of Senior Scholars and judges. The king’s powers even include setting the time for rain-seeking prayers.

Riyadh had previously made moves to improve its image with the international community. These included the decision of then-King Abdullah bin Abdulaziz in September 2005 to establish the Human Rights Commission and his decision in September 2011 permitting women to join the unelected Shura Council.

However, the Saudi government and its media outlets’ efforts, deployed through TV programs and forums and reflected in statements by officials, apparently failed to convince Saudis that the elections are considered participation in the decision-making process for state management and for the independence of the municipal councils and their ability to resolve citizens’ problems.

Municipal councils do not have executive powers independent from the minister of municipalities, who determines the number of members on each council based on a city's size. Although two-thirds of the municipal council members are elected, these councils are technically considered affiliated with the Ministry of Municipalities. The mission of these councils is to consider the demands and complaints of citizens and monitor the municipalities’ activities and projects. The council then prepares reports that it submits to the minister, who accepts or rejects them.

The election drew only 47% of the kingdom's nearly 1.5 million registered voters. Saudi Arabia has 28 million citizens. The low turnout raised several questions by those following the elections — including Saudi journalist Suleiman al-Oqiley, who is close to the Saudi authorities — on the real reasons Saudis refrained from voting. Was it due to the electoral system or because of the weakness of municipal councils' powers?

It is probable that most Saudis did not vote in the municipal elections because it is a relatively new electoral experience and because of the weak political awareness of a large segment of the Saudi society that still applies tribal and religious concepts.

The low turnout also could have indicated a silent protest by a large segment of Saudi intellectuals and observers who do not see the usefulness of the current elections, just like they were not convinced of the need for the 2011 elections, when the turnout represented only 39% of eligible voters.

Saudis might have boycotted the elections because they were convinced by some human rights activists who demand constitutional monarchy and who believe the elections were only a useless formality under the absolute monarchy.

Saudi lawyer Abdulaziz al-Hussan wrote Dec. 12 on Twitter that the municipal elections are a media celebration for the despotic regime.

Yahya al-Asiri, president of the ALQST human rights organization, said on Twitter that the elections are a mere formality and women's participation came only because of European pressure.

Sunni Saudi oppositionists residing in London also rejected the elections and the monarchy in Saudi Arabia. This opposition objects to the very existence of the monarchy and calls for replacing it with a popular elected regime.

Saad al-Fagih, a Saudi oppositionist living in London, described the municipal elections as an attempt to confer legitimacy to the Saudi rule. Fagih presides over the UK-based Movement for Islamic Reform in Arabia.

Shiite Saudi oppositionist Ali al-Ahmed, head and founder of the Institute for Gulf Affairs in Washington, called for a boycott of the elections, describing them Dec. 11 on Twitter as an insult to the people’s dignity.

In light of the limited and late steps taken by Saudi Arabia regarding political participation and freedoms (such as appointing women to the Shura Council, holding partial elections for municipal councils and establishing a human rights committee), the Saudis do not expect bolder royal steps in the long run. Those steps would have included establishing institutions and elected bodies to monitor the government's performance and hold it accountable before the Shura Council and the media.

Dozens of Saudi women from among those who ran in the municipal elections were aware of the municipal councils' lack of responsibilities and decision-making powers. These women faced numerous administrative and social impediments when they entered the elections.

Souad, a pseudonym, was a candidate for the municipal council in the city of Jeddah, on the west coast of Saudi Arabia. Al-Monitor asked her on the eve of election day if she thinks the government is serious in its initiative to involve citizens, especially women, in decision-making through municipal councils.

Souad said she believes Saudi decision-makers are not earnest about engaging citizens in the country's administration. However, she added that she prefers to deal positively with all development and reform decisions, no matter how weak or slow.

“This is a safe first step for the advocates of political reform and human rights activists to continue their demands to put pressure on the Saudi government to take more efficient steps in the field of popular participation and state administration,” she said.