Israel must not impose views on US Jewish community

Israel must take into account that the US Jewish community has "made peace" with the Democratic leadership in the Obama administration and in Congress. 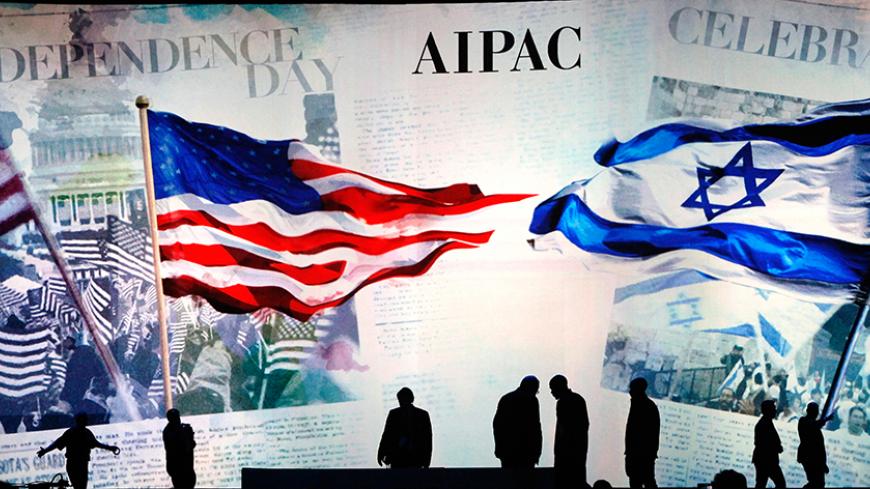 “If there is one conclusion that most American Jews have drawn from the Iran debate debacle in the US Congress, it is the hope that Prime Minister [Benjamin] Netanyahu would not be perceived this time around as backing the Republican candidate, as was the case in the 2012 presidential elections,” said a senior leader of the Anti-Defamation League (ADL), speaking on condition of anonymity; a leader who is known for his hawkish pro-Israel views.

Indeed, the American Jewish post-trauma in the aftermath of the Iran congressional debate is the fear of being cornered again into a double loyalty test between their allegiances to the United States and to Israel.

The ADL source also said that the organized Jewish community has “made peace” with the Democratic leadership in the administration and in Congress through a series of discreet meetings that took place after President Barack Obama’s congressional victory.

American Jews for the last century have voted in great majority — over two-thirds — for Democratic presidential candidates. Obama, although described by foes as an anti-Israel and pro-Muslim leader, gained 78% of the Jewish vote in 2008 (very close to the support President Bill Clinton received among American Jews) and 69% in 2012.

The Jewish vote matters in America, far beyond the 2.5% that Jews make up in the total population; 94% of Jews live in 13 key electoral states and could potentially make a critical difference in Florida if they move to support the Republican Party. The focus is now on the 2016 election, with the Republican Party establishment and candidates intending to use the Obama-Netanyahu rift in their favor.

According to the source, who has much experience in US presidential politics, it seems now that the large majority of Jews will most probably vote for the Democratic candidate, definitely if Hillary Clinton is the candidate — a favorite of New York Jews.

American Jews vote Democratic because a majority of them are liberals at heart, as are most immigrant groups. Issues such as health care, abortion, separation of state and religion, and gay marriage matter very much to American Jewry. To most of them, these issues matter more than the candidate’s position on Israel. In a 2013 Pew Poll, only 43% of American Jews said that caring about Israel was essential to their Jewish identity.

Could 2016 be different? Never before have Republican candidates come out so strongly and so categorically in favor of Israel, its government and its policies. It’s a marriage of hawkishness and convenience.

Hillary Clinton is convinced that this will not be the case. A close confidant of hers told Al-Monitor on condition of anonymity that the Clinton camp counts on the support of more than 70% of American Jews, according to their inside tracking polls.

The existing Jewish support for the Democratic Party and candidate, despite strong Republican solidarity with Israel’s policies (including solidarity with the settlement policies), must lead Israeli policymakers and primarily the prime minister to important conclusions regarding his government’s relationship with the organized Jewish community. Israeli leadership must realize that American Jews vote mainly according to the way they view life in America, out of a liberal world view, typical of the Jewish minority (except for Orthodox Jews). Israel is a priority for them, but obviously life in America more so, as they choose to live there. Israel must respect these priorities if it wants to conduct a real dialogue with American Jews.

Also on Israel and Middle East-related issues, the mainstream American Jewish community is more dovish than mainstream Israel. According to a July 2015 strategic poll conducted for J Street, 60% of American Jews support the Iran deal. A multitude of polls in recent years have shown a similar majority for a two-state solution. Israel must respect the right of American Jews to hold to their own views and not impose on them the Israeli government’s view. If the Israeli government attempts to suppress the independence of American Jewish opinion on Israeli issues, it will eventually damage its own interest, as paradoxical as it sounds.

Israel must remain bipartisan at any cost, and even more so during an election year, also when communicating with organized Jewry.

Another important conclusion is that if Netanyahu again actively supports the Republican presidential candidate, his choice will have devastating consequences for both Israel’s position in the United States and for the well-being of the American Jewish community.

As for the Israeli approach to the US president, Obama has 16 more months in office. The Israeli government has to internalize that in order to repair the colossal damage it created to its relationship with the White House. It must hold a dialogue with Obama, respecting his views on foreign policy. Obama outlined his world view in his Sept. 29 UN General Assembly speech. His foreign policy doctrine — favoring diplomacy, coalition building and difficult compromises over the use of force — must be respected, as he is, for now, the leader of the free world, even if this is not the Israeli government’s view of international relations. Israel cannot recruit the American Jewish community to its partisan political campaigns.