Tough times ahead for Turkey's economy 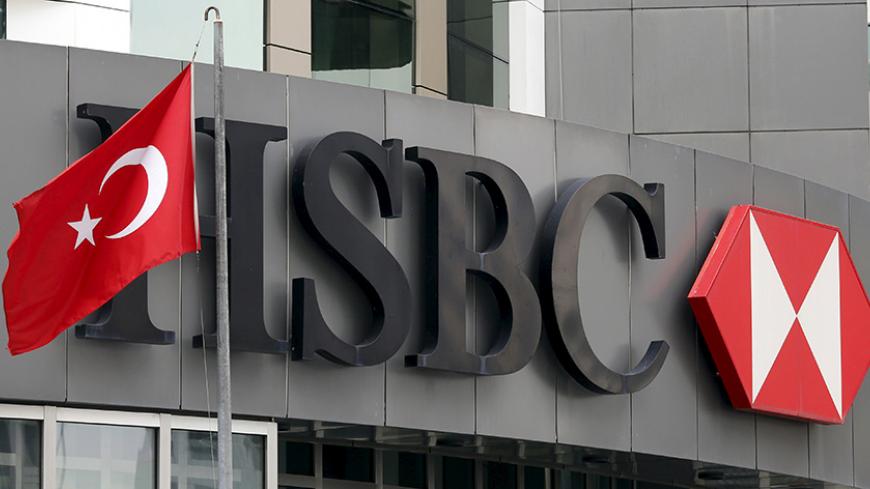 A Turkish flag flies at the HSBC headquarters in Istanbul, June 9, 2015. - REUTERS/Murad Sezer

The election platforms of Turkey's political parties preparing for snap elections on Nov. 1 are overloaded with economic promises. The contest of who can provide the most enticing offers to the unemployed, the youth, retirees, workers, women, farmers and small enterprises raises the question of how it will all be financed. The Turkish economy runs on credits and debts, and millions of people cannot pay their debit and credit card debts.

Even more critical is the mounting debts of banks and private companies. Recent figures released by the Turkish Central Bank reveal difficult times for banks and the private sector in paying back their short-term debts.

Although there has been a slight decrease in foreign borrowing compared to the end of 2014, the sharp increase of foreign exchange rates contributes to fears that there may be difficulties in paying back these debts.

According to figures recently released by the Central Bank, at the end of July, the banks had $90.7 billion short-term debts. Other private sector companies have short-term foreign debts of $37 billion. When debts of public banks and other public bodies are included, the total that must be paid in one year or less is $170.8 billion.

The basic cause of the growing difficulties in paying back these debts is the sharp increase in foreign exchange parity, especially the US dollar that has increased by about 30% since the beginning of the year.

The Central Bank says 53.8% of the debts are in US dollars and 29.9% in euros. That is why every time the dollar and euro rates go up, debts of private companies rise, too.

Credit rating agencies such as Fitch Ratings, Standard & Poor's and Moody’s, which can seriously guide the flow of funds to countries and can influence the global markets, have been persistently issuing warnings about Turkey.

To repay their $170 billion debts, banks and companies have to find external sources. But constant warnings by credit rating agencies about risks and economic vulnerability make it difficult to find external funds and financing.

For example, although the contract for the third bridge across the Bosporus Strait, which is one of the largest projects in Turkey, was signed in 2013 and construction has actually started, required foreign financing is yet to be found. Foreign banks that see Turkey in the “risky country” category demand high interests, collaterals and guarantees.

In its latest announcement, Standard & Poor’s said the external profile of Turkey is negative. Similarly, Fitch Ratings in its latest warning about Turkey said credits were outpacing deposits of the banks, thus increasing risks. Last May, Moody’s recalculated the credit rating of 15 Turkish banks.

On Oct. 1, Moody’s referred to foreign currency debts of Turkish banks and warned of increasing risks in 2016 that will mean increasing the risk premiums of the banking sector.

All these warnings that have amplified the fears about the future of the Turkish economy became even more serious when the International Monetary Fund (IMF) in its latest global assessment announced that in "the risk threats of increasing company debts," Turkey was in the No. 2 spot behind China.

The IMF noted that in the last decade, Chinese private companies had registered a 26% increase in debts, followed by Turkey with 23%.

Although the credit rating agencies have not yet changed Turkey’s credit rating, for them to label the country’s economy as "static" or "negative" makes it difficult to be optimistic about the Turkish economy.

Turkey, which will find it difficult to keep its economy moving without foreign financing, is now facing the problem of securing the financing needed, as a result of these negative comments and warnings. After the Nov. 1 elections, the new government will be in for tough times.