France is considering sharp economic measures against Israeli goods and businesses east of the Green Line, and might implement these measures once the agreement with Iran is signed. 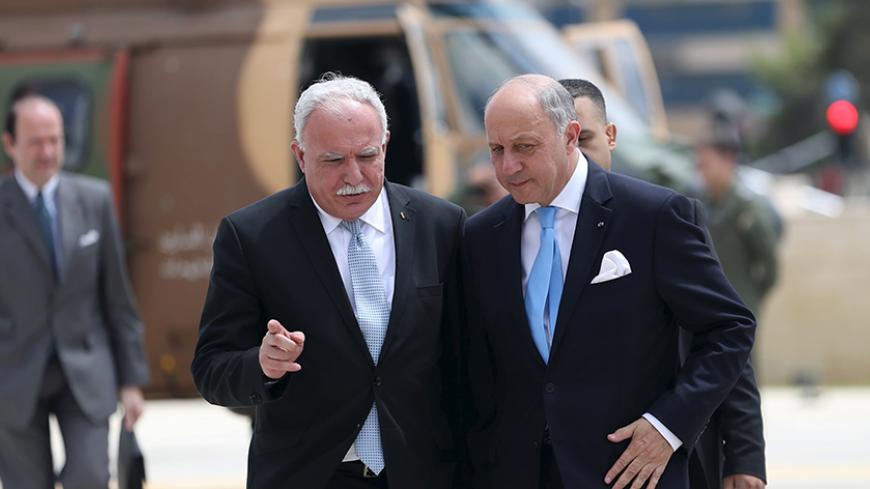 The boycott, divestment and sanctions (BDS) movement, aiming to boycott Israel diplomatically, economically and culturally, engages for the most part left-wing pro-Palestinian groups around the world. They tend to adhere to it with the hope of weakening Israel internationally. But there is a substantial difference between the somewhat spontaneous activities of the BDS movement and the more structured policy attitudes and decisions by governments of possible sanctions against Israel. These include measures that could serve to pressure the Israeli government to agree to a political process leading to a two-state solution.

The BDS movement, by nature, is more anarchic, without a central mastermind or headquarters. It attracts people and organizations that wish to express solidarity with the Palestinian people under occupation.

The sanctions policies, on the other hand, are debated mostly within the European Union. They focus not on Israel proper, but primarily on Israeli activities and organizations in the occupied West Bank.

Inside the European Union there is an ongoing debate regarding the desirability and scope of sanctions and punitive resources in relation to the Israeli government's settlement policies. According to a senior source in the French Foreign Ministry who spoke with Al-Monitor on condition of anonymity, France is considering sharp economic measures against Israeli goods and businesses east of the Green Line. Settlements, the French official argued, are illegal according to international law and the EU should not apply its agreements with Israel to them. Sharp economic measures would translate into labeling of goods exported from the settlements as such (and not as ''made in Israel''), and excluding Israeli academic, research and development and cultural institutions that are active in the West Bank from any European funds or grants. Brussels, according to this source, has toughened its stance on implementing these policies following Israel's March 17 elections.

The French, the official added, are considering taking even more severe measures if a peace process on the two-state solution is not launched by the end of 2015. France intends to coordinate these policies with other EU countries.

In the meantime, the French themselves intend to rigidly ensure that all exported Israeli goods emanating from Israeli settlements are indeed labeled accordingly, and that any EU funding to Israeli entities will be dependent on the submission of a declaration stating that the entity in question has no direct or indirect links to the West Bank or East Jerusalem. Concretely, the first to be hurt by these measures would probably be Israeli banks with branches east of the Green Line.

Another measure under consideration by Europe is asking Israel to compensate the EU for projects in the West Bank damaged by Israeli settlement expansion. But while EU member states share a clear consensus against the Israeli settlement policies, there is a divergence of views as to the severity of the necessary boycott measures, with Germany, the United Kingdom and the Netherlands being more lenient.

In any case, the French Foreign Ministry sees the issue of the settlement boycott as part of its broader Middle East policy. Hence, it does not intend to launch any new policy steps before an agreement has been reached with Iran. Paris would like to coordinate policy measures with Washington to make a last effort to renew Israeli-Palestinian peace talks and, in parallel, to advance a resolution at the Security Council in relation to Palestinian statehood. The measures regarding Israeli settlements are intended to exert pressure on Prime Minister Benjamin Netanyahu to show flexibility on possible negotiations regarding a two-state solution.

The Palestinian Authority leadership is very skeptical as to the possibility of renewing peace talks, but favors a French move at the UN Security Council as part of the Palestinian diplomatic offensive. Ramallah sees sanctions against Israel as part of the "diplomatic intifada." According to senior Palestinian official Jibril Rajoub, who spoke to Al-Monitor in the aftermath of his move attempting to suspend Israel from the world soccer organization FIFA, Palestine will continue advocating the boycott of Israel within international institutions and by governments. He said, "Israel must understand that it will pay a heavy price for the occupation. It believes that it can continue to dominate and humiliate Palestinians on a daily basis, while maintaining normal life for its citizens. We will ensure that this will not be the case. The occupation is the root of all evil."

His equation for peace is, as it has been since the Oslo process, security in exchange for ending the occupation. He also said that the Palestinian diplomatic intifada will gain momentum in the aftermath of the Iran agreement.

Indeed, we are going through a transitional period on the Palestinian issue while the world awaits the Iran nuclear final agreement and any action by the US Congress. Thereafter, the US administration will have to decide if and how it will re-engage on the Israeli-Palestinian issue, and how to act on the French initiative at the Security Council. And so, for the moment, while waiting for the deal with Iran and congressional action, EU governments also find themselves in a kind of a diplomatic intermezzo, after which they will take more concrete positions on Palestinian statehood and the possible sanctions measures against Israel.

The aim of the various diplomatic efforts should be a peaceful two-state solution. For that, boycotting Israel proper, through the BDS movement, is wrong and not useful. On the other hand, the Israeli government policy on settlements in the West Bank must come under scrutiny. The ongoing settlement construction by Netanyahu's fourth government is intended to eliminate any possibility of a two-state solution. And therefore, settlement-focused EU policy makes sense and can be constructive.