If violence erupts again, Israeli and US politicians would have only themselves to blame, having discouraged the Palestinians from diplomatic negotiations. 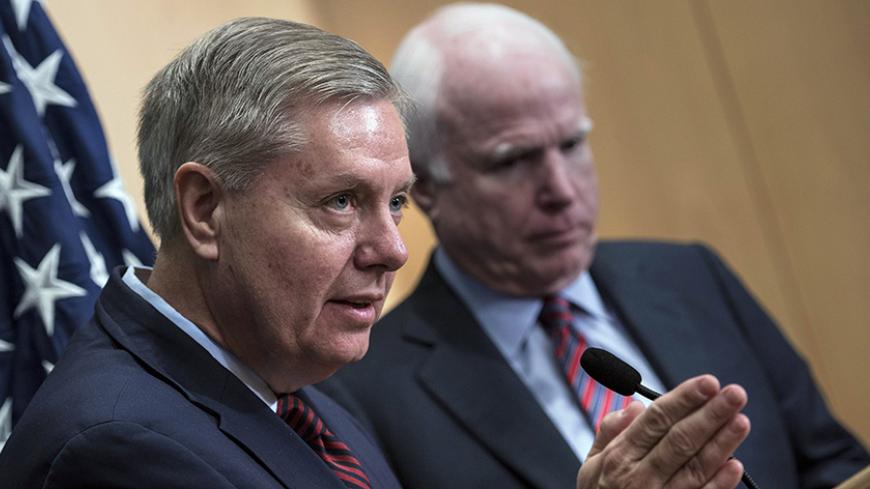 The plight of the Palestinians is similar to that of a cat chased into a dead end. It looks for a way out, meows plaintively, tries to make friends, but after nonviolent resistance fails, it does not surrender. In desperation, the cat bares its claws, pounces on the target and sinks its teeth into the large-bodied enemy. At the start of the occupation in 1967, the Palestinians tried being nice to the Israelis who took over their lands. They tried to befriend the new landlord, helped him build settlements and cultivated the home gardens of their privileged Jewish neighbors.

After baring their claws in the first intifada that broke out in late 1987, the Palestinians recognized Israel within the 1967 borders and pledged to stop their armed struggle. In September 1993, they signed an agreement at the White House that to their understanding was supposed to set them free. Instead, the agreement pushed them into the cages of Areas A and B, and deepened Israel’s hold over 60% of the West Bank.

In the second intifada, which broke out following the failure of the Camp David talks in the summer of 2000, the Palestinians started biting, but the Israelis broke their teeth. Ever since President Mahmoud Abbas replaced late Palestine Liberation Organization leader Yasser Arafat more than 10 years ago, the Palestinian Authority (PA) has aspired to exchange violence for diplomacy. Since then we’ve had the 2003 Road Map, the 2007 Annapolis talks, negotiations in Amman and eventually the 2014 Kerry initiative. What they all have in common is zero progress toward ending the occupation and hundreds of new housing units in the West Bank and Jerusalem.

The ongoing failure of classic diplomacy — namely endless negotiations facilitated by US mediation — has made the Palestinians internationalize their struggle. They identified detours around Washington such as the UN Human Rights Council, the international soccer governing body FIFA, the International Criminal Court in The Hague and soon the International Olympic Committee. These are legitimate arenas for a nation’s struggle for freedom and against a state that settled its citizens in areas deemed by the whole world to be occupied military land. Theirs is a nonviolent struggle, preferable to a violent one. This, of course, assuming that surrender is not an option.

But there are American office holders who do not leave the Palestinians any choice. Until now, those mistakenly described as “friends of Israel” rather than “friends of those objecting to a Palestinian state” made do with cutting aid budgets for the PA. Statements by wealthy people such as Sheldon Adelson against the establishment of a Palestinian state encouraged them to line up all the Capitol Hill conservatives. These officials competed with each other in making anti-Palestinian declarations and advocated for collective economic punishment of the civilian population of the territories. Now they are seeking to hit the Palestinians and their supporters in overseas courts, too.

A striking example was provided by Sen. Lindsey Graham, R-S.C., during his visit to Israel last week. Prior to formally announcing his run for the Republican presidential nomination, the senator threatened to lead a “violent pushback” against the UN if the body advances initiatives imposing an arrangement between Israel and the Palestinians. At a Jerusalem news conference May 27, Graham announced that he would not be satisfied with withholding the US budget allocation to the UN (about a quarter of the organization’s budget).

“We will take action against any country that brings cases against Israeli soldiers to the International Criminal Court in The Hague,” Graham threatened. “I’m not going to ask the American taxpayer to fund an organization that’s going to be used in a way to marginalize our best friend.”

Graham is not the first to market the term “friendship” as automatic and uncritical support for a policy that endangers Israel’s future as a Jewish and democratic state and also undermines US strategic interests. Three days after Graham threatened to react violently to the Palestinians’ nonviolent resistance, another almost certain candidate in the Republican primaries declared his “friendship” for Israel. Speaking to reporters in Nashville on May 30, former Florida Gov. Jeb Bush said he supports moving the US Embassy from Tel Aviv to Jerusalem.

Most Republican presidents, starting with Gerald Ford through to George W. Bush, pledged to move the embassy to Jerusalem — a step that constitutes recognition of the entire city as Israel’s capital. The Republicans even pushed through legislation 20 years ago requiring the administration to relocate the embassy from Tel Aviv to Jerusalem. In April 2004, Jeb Bush declared that Jerusalem is Israel’s eternal capital. His brother was signatory to a series of waivers (signed every six months during his two terms as president) against enactment of the law, citing damage to US strategic interests.

There has been no discernible activity on the Israeli right ahead of a possible inauguration of the US Embassy in Jerusalem. Politicians know that rarely is there any connection between the fawning of presidential candidates and their deeds once they reach the White House. But such declarations of friendship emanating from the mouths of Graham and Bush, together with economic sanctions against those who don’t toe the line of Prime Minister Benjamin Netanyahu, become flagship slogans of those opposed to a compromise with the Palestinians.

The Israeli right waves them about as ultimate proof that there’s no basis to the left’s claims that the occupation hurts ties with the United States and isolates Israel. According to Hamas, those same declarations prove that there is no point in wasting time on sterile peace talks, especially when the broker clearly leans to one side. The idea that brought about its 2006 election victory shortly after Israel’s unilateral withdrawal from Gaza — that five years of resistance succeeded where 10 years of diplomacy failed — is hovering again around us.

Those pushing an entire nation into a corner have to know that they bear responsibility for the bloodshed on the day this desperate people bares its claws and fangs.