Finance Minister Moshe Kahlon and his associates have been forced to speak out about the attack by their colleague, Knesset member and former Ambassador Michael Oren, on President Barack Obama. 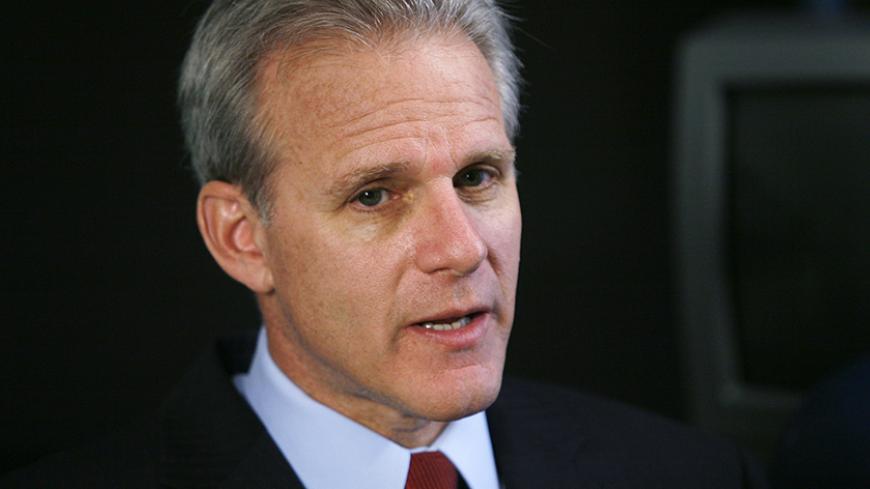 While this article was being penned, the staff of Israeli Finance Minister Moshe Kahlon waited for the next article by their fellow party member, Knesset member Michael Oren. Overnight, former Ambassador Oren has become the latest troublemaker on the White House-Jerusalem front, simultaneously managing to get himself into hot water with the US administration and his political patron in Israel, who has disavowed what Oren wrote.

The spokesperson for Oren, who is on a lecture tour in the United States, informed the party simply that he wrote three articles. The first two have caused a major uproar. “Go figure what to expect in the third article,” said some of Kahlon’s people on condition of anonymity. “He’s acting like he's lost it. It’s hard to believe that we are talking about an experienced diplomat who spent four years as a highly successful ambassador in Washington,” they added.

Oren has become the official re-invigorator of the heated feud between the US administration and Israel in general, and more particularly, between the United States and Prime Minister Benjamin Netanyahu.

In his first article, which appeared in The Wall Street Journal, Oren claimed that President Barack Obama abandoned Israel and violated two basic principles that have been in place in the US relationship with Israel for a generation: “no daylight” (abstaining from public disagreements) and “no surprises” (regarding changes in policies).

In his second article, which appeared in Foreign Policy, Oren claimed that Obama’s attempt to turn toward the Muslim world was “naive and detached from a complex and increasingly lethal reality.” He added that Obama’s attitude toward Islam stems from the fact that he was abandoned as a child by two Muslim father figures. Comments like that about a serving president of the United States, amounting to what many Americans call “armchair psychology,” are considered especially inappropriate.

Exacerbating the situation, Prime Minister Benjamin Netanyahu stubbornly refuses to address what Oren wrote. This approach is very different from that taken by Kahlon, as not only finance minister and Kulanu head but also Oren’s boss, who recruited him as a rising star in his party last winter. Kahlon did respond to the demands of US Ambassador to Israel Dan Shapiro and issued a letter distancing himself from what Oren wrote.

The second article, which was published after the letter, managed to turn up the heat again after the fire had started to die down. Even Deputy Foreign Minister Tzipi Hotovely, who is far to the right of Oren politically, was extremely critical of him. “What he wrote reflects his own opinion,” she said, “and not the opinion of the State of Israel."

The third (and, it is to be hoped, the last) article was published in the Los Angeles Times.

During his term in Washington, DC (2009–2013), Oren was considered an effective, reliable and discreet ambassador. He was welcome in the White House, unlike current Ambassador Ron Dermer, who is snubbed by the administration. In contrast, Oren was a beacon of professional diplomacy.

Ever since Dermer landed in Washington and became Israel’s official ambassador (some say to Las Vegas, as he maintains, much like Netanyahu, in close contact with casino mogul Sheldon Adelson), sources in the State Department and White House have expressed how much they miss Oren as ambassador. And yet all of that goodwill disappeared without a trace when Oren’s first article appeared June 16. The Americans were flabbergasted. An outraged Shapiro in Tel Aviv called Kahlon as well as Netanyahu’s associates to demand an official apology.

Netanyahu replied that Oren is not a minister in his government, so he has no obligation to comment on what he says. The White House responded with derision. “Oren is saying out loud what Netanyahu says behind closed doors,” one unofficial American source speaking on condition of anonymity told Al-Monitor this week. “He is expressing Netanyahu’s real opinions and doing all the dirty work for him. Netanyahu has good reason to be pleased. On one hand, he is not responsible for Oren, while on the other hand, the message got through and is reverberating across America.”

So what got into Oren? That’s the big question being asked today across the Israeli political arena and elsewhere as well. It is especially surprising, considering that Oren has never been one to go on the attack. In fact, he did the exact opposite and was a respected historian with an international reputation, whose book about the 1967 Six-Day War is considered one of the most comprehensive historical works on the topic.

Oren was born in the United States. He immigrated to Israel, where he served as a paratrooper, and then turned to history before becoming a polished and promising diplomat. How did he, of all people, become the latest torchbearer in the ugly war of insults and invective now underway between Jerusalem and Washington?

There are three possible answers to this difficult question. The first is that Oren simply wanted to sell books. His latest, "Ally: My Journey Across the American-Israeli Divide," is slated to hit bookstands tomorrow, June 23, and Oren wants to create interest. The issue is even more complicated because Oren is caught in a Kafkaesque situation. In a conversation with him about two weeks ago, he told Al-Monitor that he made a commitment to his publisher, Random House, to participate in an intense series of promotional events and lectures once the book is released, but that he now finds himself “imprisoned” in the Knesset. With Netanyahu’s fragile coalition resting on a one-seat majority, it has banned its members from leaving the country. Oren did try to get someone from the opposition to “offset” his absence, but he came away empty-handed. What he eventually did was take advantage of a trip overseas by a Zionist Camp member to Poland as part of a delegation organized by the speaker of the Knesset to make a quick trip to the United States. Is it possible that Oren realized, even if only subconsciously, that he would be unable to fulfill his commitment to his publisher and decided to publish more outspoken articles than originally planned to promote his book?

The second version is that Oren is writing what he really thinks. It is his personal opinion, which crystallized over the four years he served in Washington. Oren is hardly a political animal. He was recruited by Kahlon to Kulanu because of his diplomatic record and Anglo-Saxon origins because that was what Kahlon’s party list needed just before the elections. Perhaps Oren had no idea that he could be dragging his boss into this kind of scandal.

The third version is that Oren is simply carving out a path for himself into the ruling Likud. He has concluded that Kulanu won’t survive very long, and its chairman Kahlon will eventually rejoin Netanyahu or integrate into some other political framework. Perhaps Oren concluded that his preferred political home on the day after would be the Likud. Such a journey back, at Obama’s expense and while Netanyahu swoons in pleasure, can only help Oren.

Sources in Jerusalem describe the US administration’s response to Oren’s articles as borderline hysteria. The administration usually responds to Israeli provocation. But senior diplomatic sources in Jerusalem, speaking with Al-Monitor on condition of anonymity, claimed that its response this time was completely out of proportion, especially since the offending words were not official Israeli statements but comments in a book and in articles from a rank-and-file member of the Knesset. The explanation given in Netanyahu’s circles is that Oren’s comments are hitting Obama at a particularly lethal moment. According to one source close to the prime minister, with the deadline for negotiations over a nuclear agreement with Iran just days away, Oren can be perceived in Washington as an expert witness on the topic. It would cause a serious problem for the administration, which is pouring all its efforts into proving how effective and essential the agreement is, if suddenly Oren pops up and ridicules the whole process. The Americans didn’t respond the way they did out of nowhere, he concludes.

Regardless of what is really going on, the prime minister’s office is enjoying every minute of it, while Kahlon is struggling to keep his anger in check as one of his own people lashes out against the US president. “This guy is getting us in trouble with a serving American president,” one of Kahlon’s senior aids told Al-Monitor this week on condition of anonymity. “Given the situation, we had no choice but to repudiate what he is writing and saying. He wrote his book before he joined Kulanu. What it all boils down to in the end is that there is a state, and Kahlon is its finance minister. While Netanyahu can allow himself to keep silent about what Michael Oren is writing, Kahlon cannot.”

What happened June 21 was timed especially poorly. While everyone was waiting for the next round of mud slinging, Judy Shalom Nir-Mozes, the wife of Deputy Prime Minister Silvan Shalom, tweeted one of the most miserable jokes on Twitter. She wrote, “Do u [sic] know what Obama Coffee is? Black and weak.” Nir-Mozes has 75,000 Twitter followers, an enormous number by Israeli standards. She is a very colorful public figure in her own right and apparently has a hard time being careful with her words, frequently getting herself into trouble with her public statements and tweets. She is considered an Israeli princess, a member of the family that controls the newspaper Yedioth Ahronoth and the wife of Shalom, one of Israel’s most established and best-connected politicians.

Shortly after she posted her tweet, Shalom issued a long string of apologies in Hebrew and in English, which only served to ensure that her tweet became viral. In one of her later tweets, Nir-Mozes expressed her hope that when her husband lands in London and sees what she did, “she will still be married.” I imagine that their marriage will survive this little crisis. The real question is what will happen on another front: the seemingly endless front between Jerusalem and Washington, which is heating up again after it looked like it was about to calm down. Obama is finding that he is the punching bag of every social leper and misfit in the Israeli public. And this is all happening before we even reach July, the deadline for the current negotiations between Iran and the superpowers.