Is there hope for Egypt’s first space odyssey?

The establishment of an Egyptian space agency is not too distant a dream, as several scientists and politicians are promoting an Egyptian law to promote such an agency. 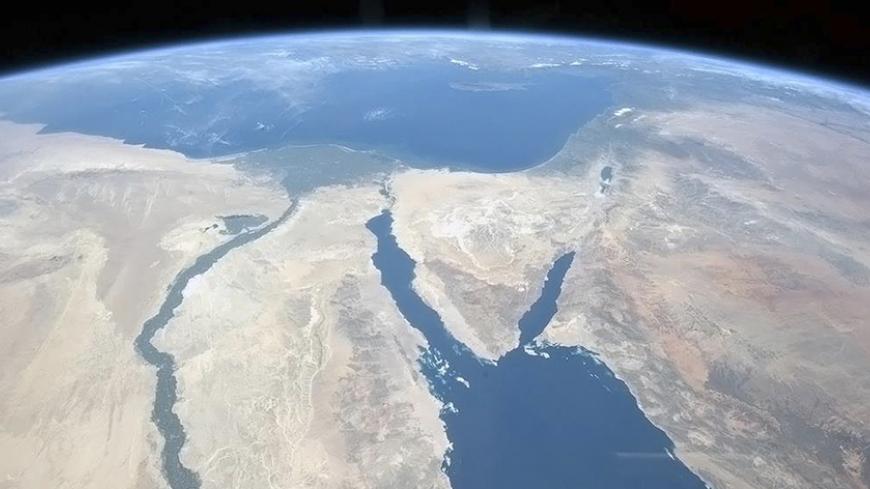 The Nile and the Sinai Peninsula are pictured in this handout photo courtesy of the Canadian Space Agency's Col. Chris Hadfield, who's photographing Earth from the International Space Station, taken March 20, 2013. - REUTERS/CSA/Col. Chris Hadfield/Handout

CAIRO — The Egyptian dream of establishing a national space agency has often enticed the country’s scientists. Yet, after the June 30 Revolution, the idea has again been revived. The National Authority for Remote Sensing and Space Sciences (NARSS), a center affiliated with the Ministry of Scientific Research, submitted a draft law in September 2013 to then-interim President Adly Mansour to create an Egyptian space agency.

In 2013 and 2014, Essam Heggy, a scientific adviser to Mansour, said the presidency was formulating a draft law to establish an Egyptian space agency. He added that the goal of this agency would be to study Egypt’s water resources, study climate change and search for available subterranean water sources.

Heggy previously worked for NASA. He was appointed by presidential decree as Mansour's adviser for scientific affairs in July 2013, before current President Abdel Fattah al-Sisi accepted his resignation in June 2014. His resignation was not attributed to any apparent political reasons.

Mosalam Shaltout, chairman of space environment research at the Egyptian Space Program and vice president of the Arab Union for Astronomy and Space Sciences, said that an Egyptian space agency indeed already exists, as 100 acres have been allocated for it in the Fifth Settlement in the Cairo suburbs. He said this area has been named “Space City,” and a part of it was designated to establish an African space agency.

Shaltout told Al-Monitor that the lack of official work toward establishing the agency stems from Egypt being in a transitional phase, with its priorities focused on economic development. He said the new Suez Canal project has preoccupied the state. “The time will come to establish the Egyptian Space Agency," he said. "This project will be part of what distinguishes the country in the region and on the African continent, especially since Egypt is technologically and scientifically qualified to have its own space agency.”

NARSS Chairman Medhat Mokhtar attributed the delay in establishing an Egyptian space agency to the political leadership, which is not convinced of the need for such an organization. He said that he had submitted a request to the presidency a year ago to establish the agency, but had yet to receive a response.

In press statements just in April, Mokhtar said that the delay in the launch of an Egyptian space agency was causing a migration of Egyptian scientists, noting the importance of a speedy decision on its establishment.

Egyptian space scientist Farouk El-Baz, director of the Center for Remote Sensing at Boston University and a member of Sisi’s advisory board, said that Egypt had already entered the field of space science through NARSS, yet limited capabilities posed an obstacle to the country expanding in this domain.

Baz said in May 2015 that the lack of an Egyptian space agency has set Egyptian satellite technology back 50 years compared to the United States. “Egypt does not have radar satellites, nor those that take thermal images,” he said.

Shaltout said there are challenges facing the establishment of an Egyptian space agency, first and foremost the need for a decision by Sisi to establish it, especially since the draft law for creating the agency was presented to Sisi by Mokhtar when the president assumed office in June 2014.

Shaltout told Al-Monitor that the second challenge facing the agency’s establishment is funding, emphasizing that creating any space agency would require at least 1 billion Egyptian pounds ($131 million). “The funding problem can be overcome through cooperation between the Egyptian Space Program and Saudi Arabia’s space program, to achieve integration," he said. "Furthermore, there is the possibility for financing from a number of Gulf states such as the UAE, for the project to serve as a nucleus for the establishment of a unified Arab space program in the coming period.”

Ayman El-Dessouki, former NARSS chairman, said that creating an Egyptian space agency has become an urgent necessity, as its establishment would provide considerable support to the country’s space program. “From a scientific, strategic and security standpoint, Egypt needs to establish a space agency," Dessouki told Al-Monitor. "Egypt needs more advanced technology at the current time, and could use a space agency to monitor the country’s borders and coastlines through satellite imagery. In addition, it could take advantage [of this technology] for border demarcation.”

As for the money needed for the agency, Dessouki said it is difficult to place a preliminary estimate on how much financial support would be required. Regarding timing, he noted that one year would be sufficient to establish the agency, during which a strategy would be developed for it, in addition to developing an integrated organizational structure.

The former NARSS chairman said that statements claiming that everything was in place for the creation of a space agency and all that remained was a decision from Sisi, were overly optimistic. He said that many procedures are required before work can begin to establish the agency, including taking some 15 years to develop a strategy, in addition to training human resources and identifying the agencies that will coordinate on space science.