The last round of talks between the P5+1 and Iran are focusing on two sticking points as the deadline approaches. 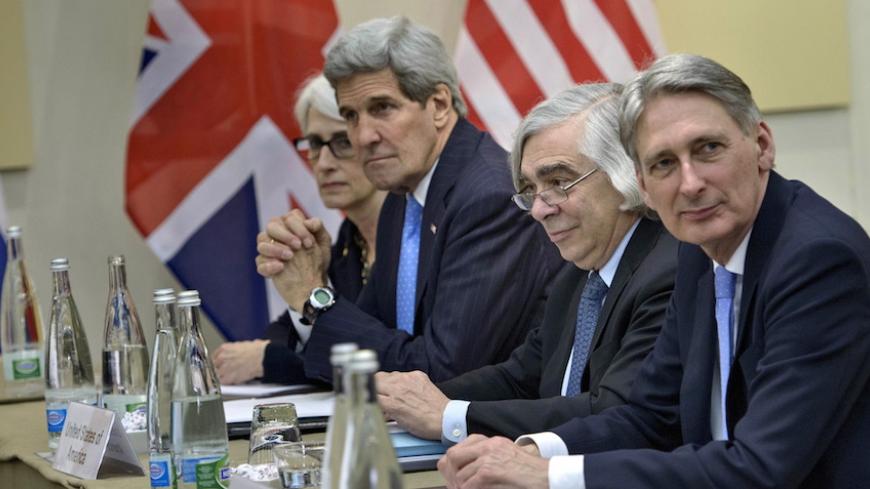 LAUSANNE, Switzerland — Iran and the six world powers (the five permanent UN Security Council members plus Germany, or P5+1) could be poised to reach a political understanding on a final Iran nuclear deal by March 31, if they are able to overcome two core issues still under discussion here.

They involve the scope of research and development that Iran could conduct in years 11-15 of a final accord, and what happens on UN Security Council sanctions, according to a senior US official.

The aim this round, as the last foreign ministers from the P5+1 arrived in Lausanne on March 29, is to reach a political understanding on major parameters of a joint comprehensive plan of action, but it will not be written here, the US official, speaking not for attribution, said.

Though any preliminary agreement reached here may not include a public text, US negotiators understand they will have to explain the potential solutions agreed, even if behind doors in classified briefings to members of Congress.

If a political understanding is able to be reached here in the next days, it would hardly be the end of the negotiations, the official stressed. But rather, it would be followed by continued, intense negotiations on every word of a far more detailed and lengthy comprehensive accord document that is due to be completed by the end of June, the US official said.

As to whether even the preliminary agreement for a final deal can be reached, diplomats at the talks said they were hopeful, but they did not know yet.

“I am not paid to be optimistic,” Russian Foreign Minister Sergey Lavrov said wryly, when he was asked by Al-Monitor on March 29 if he was optimistic about reaching a deal here.

“You are not paid enough to be optimistic,” US Secretary of State John Kerry quipped.

Everybody is working in a focused way to get there, but it’s tough, according to the US official at the talks. Officials said they would not be at all surprised if the talks went all the way through until the March 31, given that tough negotiations often run up against the deadline.

Iranian officials also projected cautious optimism, while saying Iran had made more important concessions and it was time for the Western powers to compromise on more sanctions relief in a deal.

“There are only a few issues left without a solution,” Iranian Deputy Foreign Minister Abbas Araghchi told Iranian media in an interview March 29. "We are trying to find solutions for all the issues."

Though officials from all sides projected cautious optimism about prospects for clinching a provisional agreement here, the brinkmanship going down to the wire concerned some analysts.

“My real concern is they leave the brinkmanship until the last minute, and they run out of time, which is based on the working calendar of the ministers,” Ali Vaez, senior Iran analyst at the International Crisis Group, told Al-Monitor. “I really think, it is expedient, in their own interest, for one side to take the first step to get us out of the condition we are currently in, waiting for the other side to move.”

“We are really not talking about any new solutions at this time,” Vaez said. “Now we are at the point of decisions, not solutions.”

Talks between foreign ministers from Iran and the six world powers are due to get underway here the morning of March 30, after the arrival of Lavrov, Chinese Foreign Minister Wang Yi and British Foreign Secretary Philip Hammond here March 29.

If an agreement is reached, an announcement is likely to be made in Geneva, officials have said.