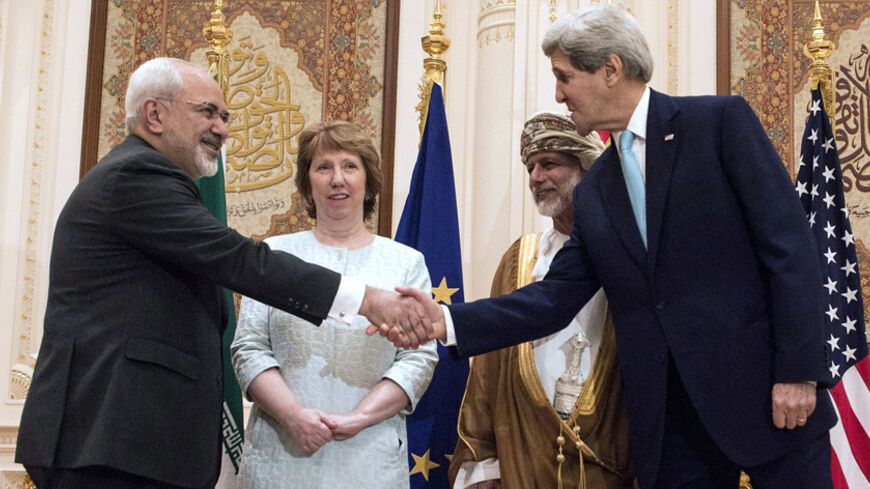 In an interview on Supreme Leader Ayatollah Ali Khamenei’s personal website, top nuclear negotiator and Deputy Foreign Minister Abbas Araghchi talked about the the supreme leader's influence and support for the negotiators and the negotiation process.

In the Q&A, published Nov. 9, Araghchi reiterated that the “insight” of the supreme leader led to Iran’s nuclear achievements.

Araghchi said the administration is simply the executive branch of the government, and that the nuclear file belongs to the Islamic Republic of Iran, which is led by Ayatollah Khamenei, and cannot be confined to one administration or another, even though the different administrations and negotiators have had different approaches.

He said he viewed Iran not submitting to the world powers over the last decade with respect to its nuclear program as a victory that was “indebted” to Ayatollah Khamenei.

Araghchi also said Iran “will never suspend enrichment,” explaining that there was once a time when the United States would not accept Iranian enrichment, but now the issue is simply a matter of the number of centrifuges.

According to Araghci, Ayatollah Khamenei’s support for the nuclear negotiators, at one point referring to them as “children of the revolution,” was very “effective and heartwarming.”

The article, published under the headline “A narrative of the role of the leader of the revolution in the nuclear negotiations,” featured a brief video of the interview and a photo gallery. The interview can been seen as a sign of endorsement and support as lead Iranian nuclear negotiator Mohammad Javad Zarif conducts trilateral talks in Oman with US Secretary of State John Kerry and former European Union Foreign Policy chief Catherine Ashton as the Nov. 24 deadline approaches.

Taken during these talks, a picture of Zarif shaking hands with Kerry as Ashton and Omani Foreign Minister Yusseff bin Alawi look on made the front pages of not only Reformist publications such as Shargh Daily, Etemaad, Arman daily and the administration's own newspaper Iran, but also that of conservative stalwart Kayhan. Kayhan's two top stories did, however, reiterate that parliament had set red lines for the nuclear negotiations and quoted Zarif’s Press TV interview insisting on Iran’s right to enrichment and demanding the lifting of sanctions.

Popular conservative newspaper Vatan Emrooz featured the Revolutionary Guard Corps’ latest achievements in missiles as its top story, with a picture of a missile launching that spanned the entire front page. On the margins was a story about the nuclear negotiations with the picture of Zarif, Ashton, bin Alawi and Kerry standing side by side. The article read that President Barack Obama would like to see a nuclear deal before Republicans assume the majority in Senate in 2015, but if there is another extension in the nuclear talks, it will show that the United States is not serious and using an “excuse” to increase pressure on Iran.