The new politics of Israel's 'Minister of Facebook Affairs'

Over the last 12 months, social networks have taken over Israeli politics with Finance Minister Yair Lapid and Knesset member Stav Shaffir especially making effective use of communicating with the public in this way. 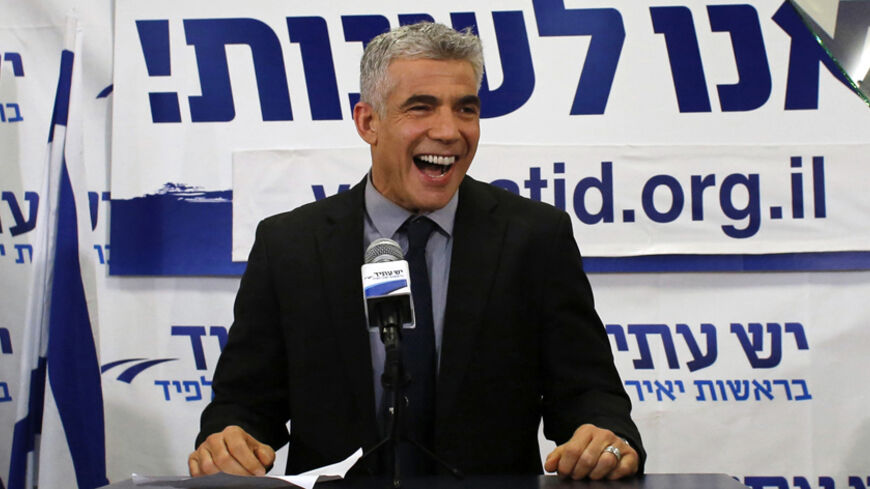 “Minister of Facebook Affairs” was the favorite nickname used by ministers in the previous government when they wanted to mock Finance Minister Yair Lapid, after he left his job as host of the prime-time news magazine show ''Friday Night Studio'' on Israeli TV Channel 2 and took the plunge into politics. At the time, it wasn’t at all certain that the next round of elections would be moved up. Experienced politicians and political pundits contended that if elections were held on schedule in 2013 — as actually happened — support for Lapid would gradually wear down, until it finally disappeared entirely.

Yes, there was a lot of interest in Lapid, because he was such a familiar face in just about every home across Israel. The TV show he hosted on the prime TV station had a huge audience, and he also wrote a popular column for a major newspaper. But even with the curiosity his candidacy evoked, there was also considerable doubt about his ability to survive in politics without any prior experience.

But the new candidate knew exactly what he was doing and where he was heading. He founded his party, Yesh Atid, three months later, and recruited thousands of volunteers through Facebook. Lapid himself spent considerable time every day updating his Facebook page, communicating directly with the people who surfed there. That made him one of the first people in Israel to recognize the vast potential of the Internet in building a political force. At that time, most Knesset members and ministers didn’t understand what Lapid found in Facebook and assumed that it was just some puerile and insignificant virtual space. But Lapid managed to educate them. While some of those politicians did have Facebook pages that their spokespeople started on their behalf, they themselves had no idea how and why they should be used. As a result, they made only minimal use of Facebook, and when they did, the result was rather bland.

By the time it clicked for all the veteran politicians, Lapid was already galloping full speed ahead. He also managed to evoke considerable interest among the masses that took to the streets in the social protests during the summer of 2011. They came to regard him as a promising new kind of leader who spoke their language. That made it easy for them to hang their hopes on him, expecting him to bring about the change that lay behind the protests in the first place. He spoke to them through meetings on Facebook every day, deciphering the most painful issues that preoccupied the young middle class: equality among all Israeli citizens in sharing the burden, housing prices and the cost of living.

He realized that these people were dissatisfied with the existing economic system and were looking for something new. He saw that they were less interested in the diplomatic process and far more concerned about what the future held for them economically. All of that was valuable information. Lapid based his “Where’s the money?” campaign on it. He formulated a series of messages and objectives, and started taking them across the country.

The polls weren’t kind to Lapid, at least until the elections. This was largely because the pollsters failed to identify emerging new trends among the Israeli public. It was only when the results of the exit polls started being released on the night of Jan. 22 that Lapid realized that he had done it. Just one year after the day he entered politics, he was head of a new party with 19 seats, making it the second-largest in the Knesset. As a result, he would have decisive influence over the composition of the coalition.

It is probable that the Yesh Atid Party phenomenon would never have happened were it not for the technological revolution that gave the world the social networks. Similarly, the growth of Economy and Trade Minister Naftali Bennett’s HaBayit HaYehudi Party from three to 12 seats can be attributed to Bennett’s extensive use of Facebook. It is also worth noting that former Labor Chairwoman Shelly Yachimovich used her Facebook page to recruit thousands of volunteers, who helped her defeat Minister of Environmental Protection Amir Peretz, a whiz at primaries' traditional party members enlisting campaigns, when she challenged him in 2012 for the leadership of the Labor Party.

Astounded by the phenomenal success of Yesh Atid’s chairman in the last elections, all the other politicians were quick to follow his lead on the social networks. Still, every one of them, including Lapid, learned over the past year that Facebook may have many advantages, but the Internet can also be fickle and cruel. This was well illustrated in the phenomenon that has earned itself the nickname, “dictatorship of the masses.” Whenever the finance minister acts in a way that is counter to one of his election promises or the will of the masses, he is subjected to harsh online attacks.

Lapid doesn’t have a Central Party Committee to deal with. He doesn’t bother with conventions of politicos and party activists. He picked his party’s Knesset list himself, as well as the people who would serve as ministers. No one can remove him as head of the party, except, of course, the “dictatorship of the masses” on the social networks. For example, he understands that if he goes into the next elections without having achieved anything in the housing issue, the same network that led to the rise of Yesh Atid would send it crashing down.

First coined in the last elections, the term “new politics” has come to be identified with two new players in particular: Lapid and Bennett. While it has been mistakenly interpreted to describe their behavior as cleaner, more ethical than the behavior of more veteran politicians, the proper meaning of the term is that the old rules of the game have been replaced by new ones. It is no exaggeration to say that the new politics is seething upward and destroying old established political frameworks. The old parties like Labor and Likud still operate according to the old systems through their traditional institutions. But even they are challenged daily by the ''dictatorship of the masses'' — a public that could unite via the Internet instantly over an idea or an objective to pressure the government. This process of uniting behind a goal can derive from some new information revealed to the public. The public response is quick, on-the-spot and even cruel at times. People won't wait any longer for elections to express their opinions.

Before the social networks emerged, a small group of people was able to control information. Today, however, increasing volumes of information are accessible on the social networks. At times, information is revealed by a person exposed to new data, or it could be a politician with his own personal agenda. This accessibility generates a transformative effect on politics. All it takes to see this in action is to follow the activities of the Knesset’s youngest member, Stav Shaffir, who uses her Facebook page to disclose more and more data about money being transferred to settlements at the expense of poverty-stricken areas — data, it is worth noting, which was somewhat of a state secret until a few months ago. By doing this, she provided the public with a window into the sealed rooms of the old politics, where all the deal-making verged on corruption.

“Do you know where our money went during the last war? While they were telling us to keep our mouths shut while the cannons were still roaring, while they were telling the residents of the south to sit quietly and not ask for anything, 70 million shekels [about $19 million] was transferred to the religious councils,” she wrote on her very active page on Sept. 6.

Underground trends brought by the new politics only intensified during the Hebrew year 5774 (September 2013-14), and these continued to challenge and change the old political order. One excellent example that exemplified the process was the presidential election. Veteran politicians fell out of the race one after the other, after coming under suspicion of having allegedly committed criminal acts years earlier, even though those acts did not prevent them at the time from climbing up through the political hierarchy and even from serving as senior ministers. One thing that has changed since then is that the public came to demand transparency, and the social networks inflamed, preventing the issue at stake to be silenced or covered up. The secrets allegedly covered-up all those years by the presidential candidates were suddenly subjected to trial by the public.

It is hard to predict what Israeli politics will look like by the end of this process, but one thing is certain: Israeli politics will continue to change in the coming year. It will change and become even more transparent and more exposed to the influence of the masses. This path of change will lead to the end of old politics and its institutions, which in many cases took care only of themselves.