Richard Stengel, the latest US official tasked with trying to improve the US image abroad, concedes that trying to rebut those who believe the US created the Islamic State sometimes provokes the feeling that "you are beating your head against a wall." 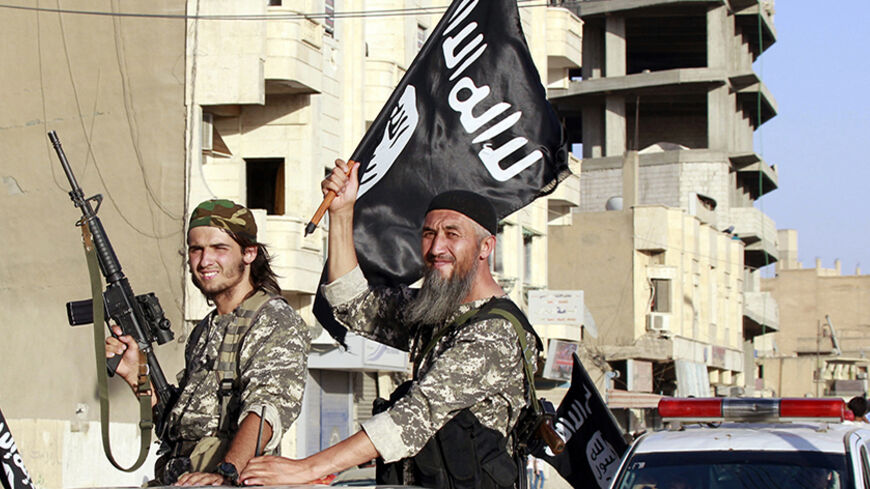 The Barack Obama administration is focusing its public diplomacy efforts on persuading “swing voters” in the Muslim world that the group calling itself the Islamic State (IS) is a bigger threat to them than US policies, the State Department’s top communications official says.

Richard Stengel, a former managing editor at Time who became undersecretary of state for public diplomacy and public affairs six months ago, told a Washington audience Sept. 16 that the US aim was not to fight a “battle of ideas” with committed members of IS, which he called “a criminal, savage, barbaric organization.”

Asked by Al-Monitor how the United States could convince the wider Muslim audience that the country was not somehow responsible for the rise of the terrorist group — a commonly held view in the Middle East because of the US invasion of Iraq and support, albeit tepid, for opposition to the Bashar al-Assad regime in Syria — Stengel conceded, “This is a very difficult problem. The good news is that pretty much everybody hates [IS]. The bad news is that a lot of people think we are responsible, which is absurd.”

“How do you rebut a lie?” Stengel continued. “Sometimes you just feel like you are beating your head against a wall.” His aim, he said, is “not so much to persuade the people who think we are the root of all evil but the swing voters.”

Stengel is the latest in a series of political appointees — who include former Madison Avenue executives, domestic campaign advisers and former journalists — to try to devise breakthrough messaging with an audience prone to conspiracy theories and often angry or disappointed with US policies. Among those who have toiled in the job since 9/11: Charlotte Beers, best known for marketing Uncle Ben’s Rice, and Karen Hughes, a close adviser to George W. Bush whose efforts to promote women’s rights in Saudi Arabia fell flat when women there rejected her comments as patronizing.

IS poses special challenges because of its recent battlefield successes, large financial resources and sophisticated use of social media. Stengel, who just returned from accompanying Secretary of State John Kerry to Jordan, Iraq and Saudi Arabia, acknowledged that the group is “very adept at digital warfare, laying a predicate for what they do in battle.”

Stengel pointed to interagency US efforts such as the Center for Strategic Counterterrorism Communications, which seeks to use IS propaganda against it by underlining the ways in which the group’s brutal actions violate the tenets of Islam. He said the United States was “looking for allies” in the communications battle against IS, and that Arab states “want to participate” but that he was not in a position to provide details about how they might contribute.

US Arab allies have been reluctant to describe their roles in the anti-IS coalition the Obama administration is trying to build, and Turkey did not sign a recent anti-IS communique. Iran, which was not invited to anti-terrorism conferences in Jeddah and Paris, says the United States has also reached out to it to coordinate against IS but that Iran rejected the overtures. Iranian media have actively promoted the claim that the United States created the group to contain a “resistance bloc” led by Iran and Syria.

Stengel, in response to questions, said that longer-term, the only effective counterweight to IS was to improve the economic situation in countries where disaffected youth have been attracted by the jihadists. In the short term, however, he said it was important for the United States to be “part of the conversation” on social media with potential IS recruits, who are heavily influenced by what they see and read on the Internet.

“We need to figure out what to say when they talk back to us,” he said, and “explain why we have come up with these policies.”

One impediment to conducting this conversation successfully, Stengel said, is the increasing tendency of authoritarian governments to try to limit the space for free sharing of information by filtering the Internet.

Dan Whitman, a former State Department employee who worked in the public diplomacy field for 40 years, told Al-Monitor after the event at the American Security Project that Stengel was “the least bad” undersecretary in the field “we’ve had for a while.”

Whitman said Rick Ruth, an adviser to Stengel and many of his predecessors, once described the job this way: “‘We’re not trying to communicate with those who want to kill us. Our target audience is those who hate us but are inclined not to kill us. We want to encourage them in that direction.’”