The Syrian government, which has recently engaged the Islamic State of Iraq and al-Sham (ISIS) in battle, might share an interest with the United States in defeating the terror organization. 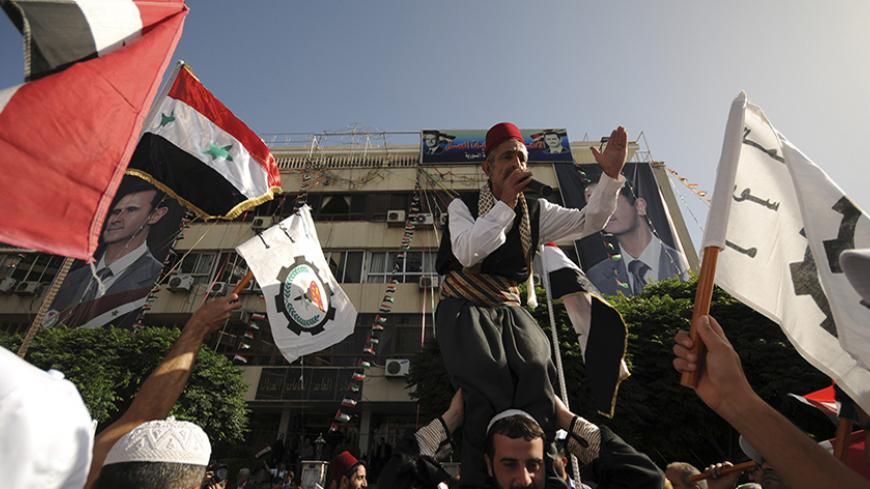 The military advances by the Islamic State of Iraq and al-Sham (ISIS) and its coalition of Sunni allies in Iraq and Syria threaten to establish the pre-eminence of ISIS in the heart of the Mashreq and in the process divide Iraq. The Barack Obama administration now faces the cost of its failure to realize that the real prize in the battle for Syria, especially for the Syrian revolt’s paymasters in the Gulf, was Baghdad.

With the Iraqi capital now in the sights of a nascent Sunni army drawing its own map of the contested region reaching from Damascus to Baghdad, the most bitter fruits of supporting the revolt against Damascus cannot be avoided. Today, Washington simply cannot lend its hand to a campaign against ISIS in Iraq, which poses an existential threat to a key US ally, while tolerating if not encouraging policies and alliances in Syria that (whether it likes it or not) are meant to have exactly the opposite effect.

To be true to the presumed American interest in preserving the integrity of Iraq and Syria requires a reconsideration of the rationale for supporting the Syrian opposition and regime change as US policy pivots to a "colorblind" regional strategy based on counterterror. The startling advance of ISIS to the very gates of Baghdad has focused Washington's attention on the contradiction long at the heart of its Syria policy in a way that the mayhem in Syria was never able to accomplish.

True, more than a year ago Washington fine-tuned its strategic interest in Syria — maintaining the demand that Assad had to go, but also acknowledging an interest in assuring the integrity of Syrian institutions. When Washington officials speak of preserving Syrian national institutions, they are not talking about the post office, but about supporting Syrian security institutions, suitably and miraculously reformed by a coalition of Free Syrian Army officers and former colleagues still in the regime’s ranks. In this spirit in recent months, a tentative resumption of intelligence sharing with Damascus on jihadis, cautiously led by some European intelligence services, commenced.

Demonizing Syrian President Bashar al-Assad created an environment hostile to challenging Washington’s wisdom, even as ISIS emerged as the most powerful opposition force. No one wants to support a blood-thirsty dictator, but as it became clear that ISIS had been best able to take advantage of Syria’s travail, voices of dissent began to rise from within the heart of the US foreign policy establishment.

In the closing days of 2013, former US Ambassador to Iraq Ryan Crocker established an authoritative address for such views, writing in The New York Times, “It is time to consider a future for Syria without Assad’s ouster, because it is overwhelmingly likely that is what the future will be. … Better armed, organized, supported and motivated, Assad isn’t going. Most likely, he will get the country back, inch by bloody inch. Perhaps Al Qaeda will hold a few enclaves in the north. But he will hold Damascus. And do we really want the alternative — a major country at the heart of the Arab world in the hands of Al Qaeda? We need to come to terms with a future that includes Assad — and consider that as bad as he is, there is something worse.”

“We need to start talking to the Assad regime again,” Crocker had explained on an earlier occasion. “It will have to be done very, very quietly. But bad as Assad is, he is not as bad as the jihadis who would take over in his absence.”

Establishment guardians Frank Wisner and Leslie Gelb offered a menu of prescriptive measures the Obama administration would need to take to save its Syria policy. “Step one is for the Obama team to redefine U.S. objectives sharply and publicly. The first and key goal must be to devise and support collaboration between the Assad regime and the moderate rebels against jihadi extremism, the overriding threat to almost all Syrians and their neighbors. There must be a working arrangement between Syria’s moderates and the Assad government, even if it includes Assad, at least for the time being.”

The Obama administration listened to such advice, but it did not fully hear it. The recent US decision to “ramp up” limited support for the “local vetted opposition,” always inadequate, is now all but irrelevant given the arsenal of tanks and other offensive weapons systems ISIS is assembling in Iraq, backed by a treasury reported to be more than half a billion dollars in looted gold and currency. The United States and its friends cannot hope to match this.

The prospect of the introduction of such capabilities in Syria has even prompted the Assad regime, for the first time, to target ISIS in the ungoverned space on its Iraqi frontier. What constrains Washington from acknowledging the need to engage Damascus is not the strategic imperative to do so, and not even an understandable visceral antipathy toward the Assad regime, but rather a failure of imagination.

At a moment when all the players in this bloody drama — from Cairo to Riyadh and Tehran and even among the ranks of the opposition — are coming to terms with the fact that the road to confronting ISIS runs through Damascus, Washington is having difficulty letting go of its insistence, in the words of Secretary of State John Kerry, that there is “no way possible in the imagination” to work with Assad. US interest, however, requires that Washington do exactly that, unless it is ready to concede Syria and Iraq to endless conflict and ISIS enclaves.

Assad, for his part, has certainly not made such a decision any easier by his conduct of the war. We are not talking here about a handshake or an embrace. The United States can work through intermediaries, like Russia, to keep a healthy distance and allow Washington to say, “We are not dealing with the Syrian government,” if so inclined. This all comes, however, with the recognition that US policy finally acknowledges that Damascus can play a role in beating back developments that pose the most potent threat to US interests in the Middle East in recent memory. 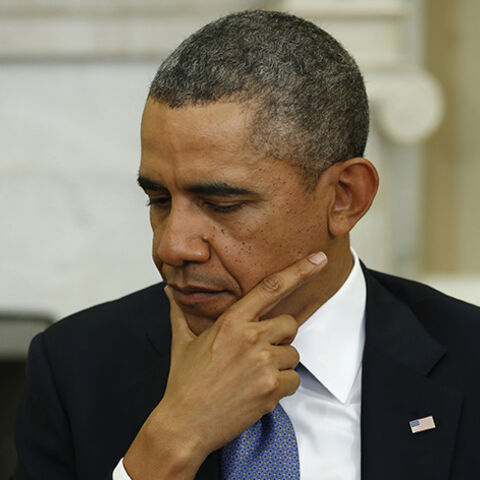