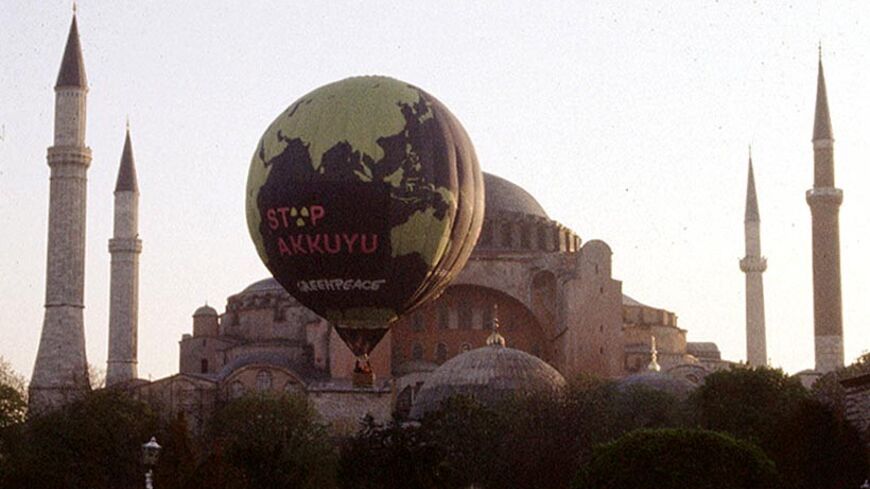 Turkey is a country that relies heavily on foreign energy supplies. In 2013, energy products accounted for $55.9 billion among $251.6 billion in imports. With 2013’s current account deficit of $65 billion, the burden of energy imports on the economy becomes even more striking. Turkey has drawn up a long-term action plan to ease that burden. The Ministry of Economy’s latest projection lists the following objectives for 2023 for boosting energy production:

The objectives for 2023, the centenary of the Turkish republic, include the construction of two big nuclear power plants — one in Akkuyu, on the Mediterranean, to be built by Russia, and the other in Sinop, on the Black Sea, to be built by Japan. When the two plants become operational, Turkey’s 50-year nuclear energy dream will come true.

In the wake of the Fukushima nuclear disaster in Japan, safety measures for Turkey’s first nuclear power plant, the one in Akkuyu, are being beefed up. The surveying and planning phase has been extended by one year to allow for extra studies and development of enhanced safety measures. That is one of the main reasons behind the delay in construction.

The safety measures will be maximized as much as possible at both plants to guard against natural disasters, such as earthquakes and floods, as well as accidents, such as plane crashes. The facilities will be resistent to quakes as strong as 9 on the Richter scale and will remain functional for 60 years.

The construction of the nuclear power plants will introduce Turkey to an unfamiliar technology. More than 200 Turks have been sent to Russia for training in nuclear energy over the past three years, and their number will reach 600 in time. They will be employed at the Akkuyu plant.

The Sinop plant will be overseen jointly by Japanese and Turkish engineers. Services worth $18 billion will be bought from Turkish companies during construction, which is expected to largely enhance local industry’s capabilities. In 10 to 15 years, Turkish producers are expected to be able to manufacture 80-90% of the 515,000 components needed for a nuclear power plant. Turkey's two plants will require $42 billion in foreign investment — $20 billion at Akkuyu and $22 billion at Sinop. It will be the largest foreign investment that Turkey has ever received in a single sector.

Officials from the Nuclear Power Plant Electricity Production Co. told Al-Monitor that they are awaiting the legally required environmental assessment report so that they can start building the Akkuyu plant, which will have four power units of 1,200 megawatts each. The protracted report process has delayed the start of construction, which was originally scheduled for last year. The first power unit is planned to become operational in 2020, instead of 2019. Thereafter, a new unit will become operational each year, with the last one scheduled for 2023, in time for the 100th anniversary of the Republic.

The Japanese in the meantime will be building the Sinop power plant. When both facilities become fully operational, Turkey’s annual energy import bill will decrease by $7.2 billion, the estimated sum Turkey will have paid for the natural gas needed to generate the 80 billion kilowatt-hours per year that the Akkuyu and Sinop plants will produce together.

The Energy Ministry estimates Turkey’s power consumption will reach around 500 billion kilowatt-hours per year in 2023. At present, almost all the natural gas and liquid fuels as well as 30% of the coal used in power generation are supplied through imports. Even if Turkey activated all its energy potential — wind, solar, geothermal, biomass — by 2023, in addition to hydroelectric plants, it would produce only half of the 500 billion kilowatt-hours per year it will need. Hence, the argument goes, the construction of nuclear power plants is a necessity.

Site for a third plant

Planning is also underway for a third nuclear power plant. The site is expected to be chosen next year after Japanese analysts complete studies of several regions. The Japanese currently appear to be the strongest candidate for building the third plant, but Russia is also making efforts to secure a second project.

Istanbul and Artvin, the easternmost province on Turkey’s Black Sea coast, have been floated as the likely sites of the third plant, but it remains a matter of speculation. The site is expected to be close to production areas. In remarks last year, Energy Minister Taner Yildiz said the site for the third plant would be selected in about two years.

Al-Monitor has learned that Russia, the sole owner of the Akkuyu Nuclear Power Plant, is planning to sell 49% of the company to Turkish and foreign investors. Talks are underway with several major Turkish companies and some foreign ones. The Ankara Industry Chamber has applied on behalf of members of its industrial parks to operate one of the four power units. Russia says it is also willing to team up with local and foreign partners in other power plants it aspires to build in Turkey.

The Turkish state holds no stake in the Akkuyu plant. In the Sinop plant, on the other hand, the state-run Electricity Generation Co. (EUAS) will hold a 49% stake. Yet, it will keep only 25%-30% of the shares and transfer the rest to the private sector. The Japanese, who have the 51% majority stake, will team up with France, which, however, will have no stake in the 51% share. At a news conference last year, Yildiz said Turkey had no plans to transfer any of its shares to France.

Turkey wants to have Japan as its main interlocutor in the Sinop plant. The intergovernmental agreement on the project has been signed by Turkey and Japan. The French companies GDF and AREVA will cooperate with the Japanese in the investment and operation phases, a process Turkey will be closely monitoring.