The appointment of Prince Muqrin as deputy crown prince reveals a trend toward multiple power centers within the royal family. 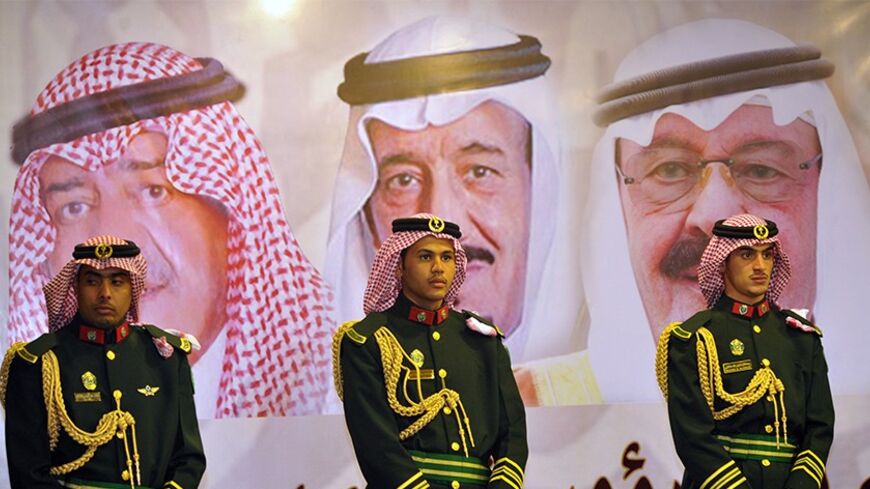 King Abdullah bin Abdulaziz of Saudi Arabia adhered to the unpredictable succession rule that dominates the Saudi system when he appointed Prince Muqrin as deputy crown prince on March 27. Muqrin, an ex-intelligence chief, will become crown prince after Prince Salman, and eventually king when both the king and current crown prince pass away. The Saudi Press Agency reported the appointment as a royal decree that cannot be challenged under any circumstances in the future. The royal statement must have come after months of deliberation among royals, who, like the rest of Saudia Arabia and the world, are impatiently waiting for a resolution of the mystery of succession in the kingdom.

Abdullah missed an opportunity to resolve the succession issue, which sooner or later will have to be passed on to the second-generation princes awaiting their turn to shape the future of the kingdom. He overlooked the seniority principle and chose to elevate a close and loyal aide above not only other surviving brothers of the king, but also the new generation of princes. It was reported that the decision had the consent of 75% of the Oath of Allegiance Committee members, the 34 princes appointed by the king when it was established in 2007. The committee was meant to ensure a smooth succession to the throne as the king urged its royal members to "stand united, settling any differences by transparent dialogue and without allowing external forces to interfere in their private affairs." But the committee was meant to become active only after the death of Abdullah and the crown prince at the time, Prince Sultan. The king lived through the death of two crown princes, Sultan and Naif. Consequently, it became urgent to deal with the unexpected, mainly the succession moving to the second generation as a matter of necessity under the pressure of old age. It seems that the king did not want the committee to meet after his death, as stipulated in the committee’s constitution, and "elect" the future king. He may have anticipated a possible rift and resolved the matter in favor of Muqrin.

Moving the succession to the second generation seems to threaten the balance of power between the various Al-Saud clans and will inevitably sideline a number of them if the succession is to move from its current horizontal line between brothers to a vertical one from father to son. The founder of the kingdom, Abdulaziz ibn Saud, marginalized his brothers when he appointed his own son, Saud, as crown prince in 1932. But this all happened at a time when it was possible to do so. Several decades later, the move is bound to be problematic for a simple reason: The founder’s many sons had already placed their own sons in key positions, and a handful of these sons are now key players in domestic and foreign policy. Take, for example, the son of Naif, Muhammad, who controls almost all aspects of Saudi internal affairs, or the king’s son Mitab, who has established control over the Saudi National Guard. Other clans within the family revolve around the sons of King Faisal, Sultan and Fahd, with several of their sons in control of important positions in the kingdom.

Given the proliferation of royal positions and power holders, it is time to think of Saudi Arabia as a kingdom with multiple heads or several fiefdoms. In this context, the kingdom is no longer a centralized absolute monarchy as it used to be under King Faisal (1964-1975), but a cluster of clans under an honorary king, and over which Prince Muqrin will preside in due course. He will have to acknowledge the interest of each one of these clans and keep balancing the various factions in ways that do not undermine their privileges, positions and wealth. He can only do that by creating more positions that will absorb the growing number of princes within each clan. He will also have to be seen as a neutral arbiter between the various competing factions while not undermining their inherited control over key ministries and government arms.

The pluralism that is currently unfolding among those in power is a mixed blessing. Internally, Saudis are trying to navigate this change and hope to place themselves in a patron-client relationship with at least one clan. They have been denied any say in the way their government is run, and the only available option is to become part of a princely circle of power. If one prince proves to be remote and uninterested, they may seek another, one more in need of developing his own clients to boost his popularity. The multiple princely actors within the state offer opportunities for a population denied any political representation or pressure groups.

Despite the proliferation of state bureaucracy and institutions, politics in the kingdom remain personalized and revolve around the princes. The more Saudi princes there are, the more opportunities are believed to be available. The system works as long as the monarchical myth is sustained. This myth centers on the illusion that in this large pool of princes, there is always going to be one who listens and delivers. This pluralism may work, but it can also reach a dead end and generate chaos. The segmented nature of princely politics can be frustrating and counterproductive among a growing population that needs efficient and rational bureaucracy to deal with its various needs and welfare. The appointment of Muqrin as deputy crown prince may solve the mystery of succession, but it does not resolve the perils of multiple centers of power, each of which is in control of a ministry or branch of government.

Externally, the princely pluralism is a challenge not only to foreign governments but also to anyone who deals with the kingdom. The personalized nature of politics undermines established long-term relationships, as outsiders are not confronted with established institutions but with princes who may or may not be in the same position when it comes time to sign a contract or close a deal. The constant shuffling of princes between various institutions and the competition between them are bound to create uncertainty and undermine the credibility of the regime. It certainly makes Saudi Arabia one of the most opaque countries to do business with, and it is difficult to maintain stable political relations that survive the lifespan of a prince. Countries and businesses find themselves baffled by these reshuffles and desperate for clues to decipher Saudi mysteries. Appointments to government positions are more a tool to balance the Saudi clans rather than a reflection of the prince’s credentials. This will remain a challenge to outsiders, especially those dependent on access to Saudi resources and investment opportunities.

The multiple Saudi clans that are in control of the government and Saudi resources offer real opportunities for their members, but undermine the evolution of the kingdom into a state with institutions that are durable beyond the life of the prince. The king was expected to regulate the transfer of power to the second generation, but he can only deliver an honorary future king to rule over flourishing multiple centers of power, each of which thinks it has a divine right to monopolize the top position. For the moment, the multiple clans will continue to coexist because no one wants to rock the boat, given that the stakes are so high. The alternative to coexistence is internal strife that will no doubt undermine the future of the kingdom.