US government and congressional leaders will weigh the verdict of a handful of nuclear experts about the merits of a comprehensive nuclear deal with Iran. 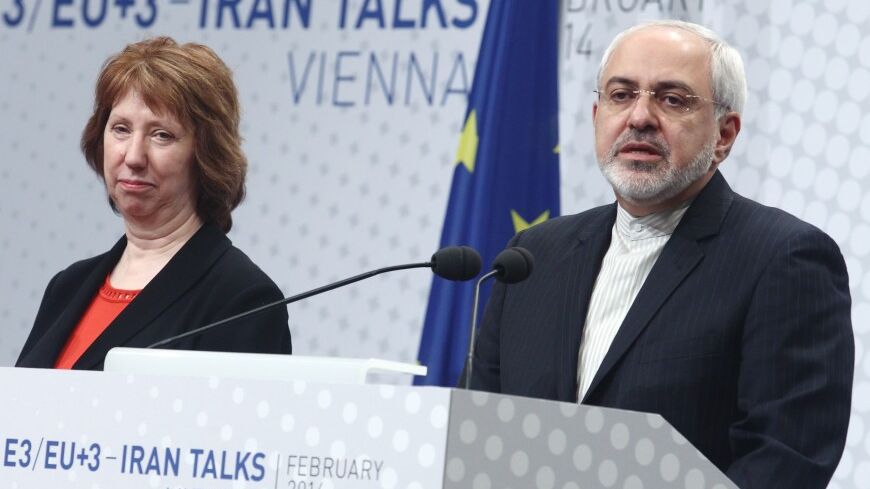 As talks resume tomorrow, March 18, in Vienna on a comprehensive nuclear accord with Iran, a select group of experts and think tanks may play an outsized role in determining how the US Congress and media interpret a potential agreement.

Many of these groups have put out blueprints for a long-term nuclear deal or are working on analyses of what combinations of nuclear facilities and verification might insure that Iran could not easily acquire nuclear weapons. The Institute for Science and International Security, in particular, has carved out a niche by estimating the mix of centrifuges and enriched uranium stockpiles that would provide confidence that Iran could not break out for six months to one year — long enough, in the view of most experts, for any violation to be detected by the international community.

Institute for Science and International Security founder and President David Albright is a frequent witness on Capitol Hill, where he sometimes gets a more respectful reception from both Democrats and Republicans than chief US nuclear negotiator Wendy Sherman.

Senate Foreign Relations Committee Chairman Robert Menendez of New Jersey referred repeatedly to Albright’s analysis in interrogating Sherman last month about the parameters of a comprehensive accord: “David Albright … [has] suggested that for a final agreement … there would be a need to remove between 15,000-16,000 of [Iran’s] 20,000 centrifuges,” Menendez said. “Do you agree with that estimate?”

Sherman declined to specify numbers beyond acknowledging that Iran would have to reduce the centrifuges it currently is using to enrich uranium.

Menendez went on to read other portions of Albright’s not-yet delivered testimony regarding research and development of more sophisticated centrifuges, which was permitted by a Nov. 24 interim accord.

Sherman said the issue would be dealt with in a comprehensive agreement, adding, “I’m not an expert of the quality of Dr. Albright and I have great regard for his assessments.”

Many other experts defer to Albright when it comes to breakout estimates, although some suggest that the Institute for Science and International Security exaggerates Iran’s abilities and makes an unrealistic assumption that Iran would use a known facility if it made the decision to build nuclear weapons.

Mark Fitzpatrick, director of the Non-Proliferation and Disarmament Program of the International Institute of Strategic Studies and a former US deputy assistant secretary for non-proliferation, told Al-Monitor in an email that he regards Albright as “a national treasure for the quality and quantity of the reports that his institute puts out and the speed with which they analyze new information.”

The Institute for Science and International Security timelines are “the industry standard,” said Fitzpatrick, but they are “worst-case” estimates.

“According to the practitioners I talk to in the UK, it always takes at least twice as long as it should in theory,” added Fitzpatrick, who is also regularly consulted by American and European policy-makers about Iran’s nuclear program. “So I tend to double the timelines in my own analysis.”

Indeed, Iran’s nuclear program has been among the most slow-moving in proliferation history, interrupted by revolution and war and severely hampered by international sanctions. Albright, in an interview with Al-Monitor, said that the Institute for Science and International Security has been doing estimates of breakout times for Iran going back more than a decade but realized about five years ago that their figures exaggerated Iran’s capabilities.

Teaming with Houston Wood, a University of Virginia professor who once worked on the US uranium enrichment program, the Institute for Science and International Security devised a new set of estimates showing that Iran could theoretically produce enough fissile material for a nuclear weapon in six weeks — a figure doubled under the interim agreement. The object of current negotiations, Albright says, is to extend the time to six months to one year.

To achieve that goal, the Institute for Science and International Security says, Iran could possess several combinations of centrifuges and enriched uranium, such as 4,000 IR-1 centrifuges and less than 100 kilograms (220 pounds) of uranium enriched to 20% U-235.

In a March 11 publication, the Institute for Science and International Security refined its analysis to suggest in what form this stockpile of low-enriched uranium could be safely kept. Iran — which has suspended producing 20% uranium and is diluting its stockpile — can have either 100 kilograms of uranium gas or 70 kilograms (154 pounds) of oxide powder, which cannot be further enriched unless it is turned back into gas. “With this reduced stock of near 20% LEU, a cap of 4,000 IR-1 centrifuges would result in a breakout time that exceeds six months, which the Institute for Science and International Security assesses is a minimum breakout time for an acceptable long-term arrangement,” the report says.

Gary Samore, a former White House nonproliferation chief in President Barack Obama’s first term and now executive director of the Belfer Center, told Al-Monitor that the the Institute for Science and International Security estimates are “generally high-quality” but that his favorite technical analyst is Olli Heinonen, a former head of safeguards for the International Atomic Energy Agency (IAEA) who is a senior fellow at the Belfer Center. Heinonen told Al-Monitor that he had nothing to add to Albright’s “estimates on breakout times, other than that there are several strategies and David addresses only a couple of them.”

Samore added another caveat: If Iran were to seek to break out, it would likely not use a facility under IAEA inspection but try to do so covertly. So far, however, Iran's efforts to hide facilities — such as the underground enrichment site at Fordow — have failed and been exposed by Western intelligence.

One of the reasons that Albright’s estimates get so much attention is that governments — which do their own analyses of breakout scenarios — classify their findings.

“Back in the early '90s, we did a project on how much [highly enriched] uranium and plutonium there was in the world,” Albright said. “It became a way to have a discourse [on fissile materials]. I see our breakout estimates in the same way. They allow us to talk about the issue on an unclassified basis.”

The Institute for Science and International Security provides another service by posting the quarterly reports about Iran that the IAEA has been producing for the past eight years. While not classified, the reports are not publicly released until meetings of the IAEA board, which typically take place a few days after the reports are finished. Member governments leak the reports to reporters based in Vienna. By posting the information on its website, the Institute for Science and International Security gives interested parties outside Vienna a chance to review and react to the information in a timely fashion — and also guarantees a stream of media calls to Albright and his colleagues.

Colin Kahl, who served as a deputy assistant secretary of defense during the Obama administration’s first term, told Al-Monitor, “I think Albright's analysis is widely regarded as the best ‘open source’ assessments out there. the Institute for Science and International Security's work on Iran is trusted by folks on both side of the partisan divide and it is taken seriously by people in the executive branch and on the Hill.”

State Department officials have said they are consulting outside experts in formulating negotiating strategy with Iran.

In a background briefing for reporters on Friday, March 14, a senior US official said that the United States was beefing up its staff and compared a comprehensive nuclear deal to a “Rubik’s Cube” of provisions carefully crafted to fit together. Technical talks that have been underway since the last round in February “have provided some options that are under consideration that help to close some of the gaps,” the official said.