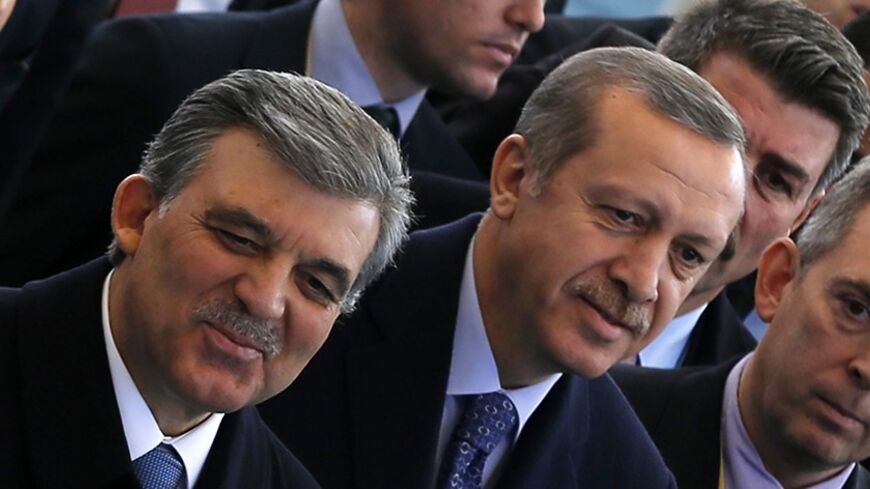 Until Feb. 18, Turkish President Abdullah Gul was the hope of all people who cared about the status and prestige of their country in the international system. Although optimism about Turkey’s near future has been considerably thinned by the rigid, coarse, divisive and confrontational discourse and conduct of Prime Minister Recep Tayyip Erdogan, the "strong man" of the country, the sober, sane and moderate statesmanship of Gul provided some security.

That was until the late evening hours of Feb. 18. When the story broke around 10 p.m. that Gul had signed the controversial Internet bill, the president won his share of the anger directed against Erdogan. About 40,000 Twitter users, out of 4.3 million nationwide, unfollowed Gul’s Twitter account before midnight, in the space of 90 minutes.

Gul was one of the first Turksh politicians to join the Turkish Twitterverse. Turks, delighted to have a president aware of contemporary technological progress, responded en masse to their president’s interest in social media, and Gul’s Twitter followers shot up in a very short period to 4 million in country of 76 million.

Turks were already worried by a new Internet bill that would put their country in the same category as Saudi Arabia, Iran, China and North Korea. A veto by Gul to send the draft back to the parliament would have been a major moral victory for proponents of Internet and individual freedoms against the Erdogan government.

But speaking to journalists in his entourage during his visit to Hungary, Gul hinted that he was going to approve the Internet bill and the draft bill on Supreme Council of Judges and Prosecutors that was passed by Justice and Development Party (AKP) votes after tense debates in the parliament. Nevertheless, there were strong expectations and hopes that Gul, with the reputation of being the most Internet-conscious eminent Turkish personality, would veto the anti-democratic draft bill because of his veiled competition with Erdogan.

Gul, by not taking into account the views of many legal experts, by ignoring European trends and refraining from using his veto power, caused massive disappointment among the groups that have been critical of the strife between the AKP and the Fethullah Gulen movement and have opposed the government’s monopolistic attitude and style of governance.

He may not yet be aware of the dimensions of this disappointment. The tarnishing of the Gulen movement, which was once seen by many as an antidote to the AKP’s Islamism and McCarthyesque purges against the penetration of the state mechanism by the Gulenists, meant more than the exclusion of that movement from power. More importantly, it helped to reveal that Islamist politics have reached their limits and from now on, they will have to contract.

Islamism is no longer an ascendant power, as it started its long and triumphant march in the first quarter of 1994, when Erdogan became the mayor of Istanbul and Melih Gokcek won in Ankara. Gokcek is still in office.

Hence, for Islamism the dictum is that it all started in Istanbul and Ankara, and thus its end has to also start in these two largest Turkish cities, in the elections on March 30.

Gul, by approving the controversial bill that carried the unmistakable stamp of his simultaneous comrade-in-arms and main rival Erdogan, placed himself in the narrow domain of Islamist politics and in a way committed political suicide.

Because of the signals he sent after the 2013 Gezi protests in Istanbul — that he is different from Erdogan — those who saw him as a hope for post-Erdogan period experienced such disappointment that he is now seen in the same class as Erdogan. This change may put into the doubt the future of Gul’s presidency.

The highest expectation was a Dmitry Medvedev-style swap. There were many people in Turkey and especially in Europe who saw Erdogan replacing Gul and Gul taking over the running of the AKP and the country as prime minister as the best-case scenario.

Gul’s approval of the Erdogan-stamped Internet bill and the prediction that he will also approve the bill on the Supreme Council of Judges and Prosecutors, which is seen as a prelude to the transition toward an authoritarian regime in Turkey by ending the separation of powers, made it impossible to perceive Gul as an autonomous figure against Erdogan. He is now perceived as an extension of Erdogan, just like Medvedev is an extension of Russian President Vladimir Putin. In the final analysis, he is seen as remaining with the AKP, the political representative of Turkish Islamism that is way past its expiration date.

This perception could cost Gul his political career because the graft probe that has upended all political calculations in the country seems to have disrupted Erdogan’s ascent to the presidency. If Erdogan abandons the seat of prime minister, the real executive power, he may even face detention because of the corruption probe and whoever becomes president will not and cannot block such a move. This explains why Erdogan’s continuing as the prime minister and leading the AKP in the 2015 parliamentary elections and Gul's retaining the presidency is now being discussed.

We are told that Gul chose to reconcile with Erdogan because of this new scenario and cooperated by approving the Internet bill instead of resorting to confrontation.

Let’s not forget that for the first in time in the republic's history, the president will be elected by the people in August 2014. The election requires at least 50% public approval. Gul was deemed the only name that could, with the support of the opposition, defeat Erdogan, should he run. That could, however, also make Gul a primary target of the mass punitive action that will be directed against Erdogan. That also means being elected president is no longer assured. Gul had based his game plan on “win-win,” but now two more options overtake the situation for Gul:

Naturally, as an outcome of this absurd power struggle, Turkey itself may be unnecessarily losing. The lack of statesmanlike qualities in Turkey’s top officials, such as the inadequacies of Gul and Erdogan, may cost Turkey dearly in the near future.

Until now, Gul served as a beacon of hope, but no more.