Deso Dogg, aka Abu Talha al-Almani, was thought to have been killed in an airstrike, but recent videos reveal that he is alive and active among jihadists in Syria. 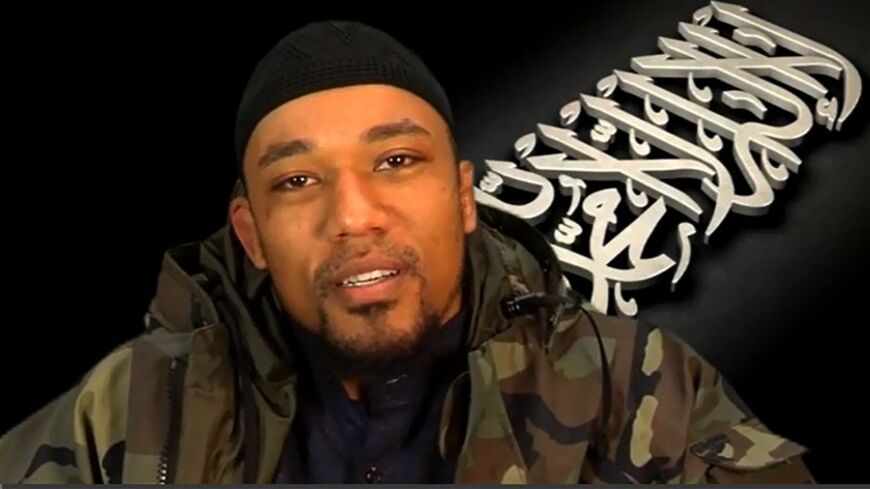 The video shows the apparently lifeless body of a man on a stretcher. His shirt is pulled up, and a rescuer pumps his chest as if the man’s heart has stopped. The shirt is soaked in blood. Additional footage reveals a deep wound to the top of the man’s head. His face is clearly visible and instantly recognizable — Abu Talha al-Almani, aka Deso Dogg, the much-celebrated German rapper-turned-jihadist. Almani turned up in Syria last summer as a sort of poet-mujahid, singing a cappella (in keeping with Sharia) the praises of jihad against President Bashar al-Assad in the land of al-Sham.

The images of Abu Talha were originally posted in mid-November by the German Islamist website Tauhid-Germany. Emerging two months after Abu Talha was reportedly wounded in an attack by the Syrian air force in rebel-controlled territory in northern Syria, the video quickly sparked reports in both the German and international media that the former rapper was dead. Video has surfaced in the meantime, however, indicating that he is still very much alive.

Those who were quick to count out Abu Talha appear to have overlooked a caption in the Tauhid-Germany video. As if announcing an imminent resurrection, it reads, “Coming Soon: Cowardly Attack, Pointed Response: An Interview with Abu Talha al-Almani.”

Abu Talha was born Denis Cuspert in 1975 in Berlin. In late 2010, he would turn his back on his music career, soon thereafter publicly denouncing the rap lifestyle and reinventing himself as an Islamist preacher by the name of Abu Maleeq. By late 2011, he had hooked up with Mohamed Mahmoud, aka Abu Usama al-Gharib, an Austrian of Egyptian origin. Mahmoud is reputed to be the founder of the Global Islamic Media Front (GIMF), a jihadist propaganda platform. In 2008, an Austrian court sentenced Mahmoud to four years in prison for terrorism-related offenses. He reportedly left Austria for Berlin shortly after his release in September 2011. He and Cuspert would turn up later that year in the German state of North Rhine-Westphalia, where they together founded the Salafist association Millatu Ibrahim.

In June 2012, German authorities banned Millatu Ibrahim, following violent clashes between Salafists and police in Bonn that left two police officers seriously wounded. Hundreds of Salafists had gathered in the former West German capital to protest the display of caricatures of Muhammad by local “anti-Islam” activists. Shortly before the outbreak of rioting, Cuspert had led a public prayer for those in attendance.

In a sign of things to come, Cuspert had by this time already adopted the nom de guerre Abu Talha al-Almani. He is believed to have left Germany around the time the order banning Millatu Ibrahim was issued.

Since Abu Talha's departure, much of the buzz surrounding him in Germany has concerned the possibility of his returning to carry out attacks at home or attacking German interests abroad. In his most recent videos, however, Abu Talha shows little interest in Germany. Indeed, since his arrival in Syria last summer, the focus of his proselytizing has been encouraging Muslims in Germany to perform hijra, that is, to leave it.

The interview promoted in the November Tauhid-Germany video would be posted in GIMF's name in early December. (The full interview with English subtitles is available on YouTube.) In it, Abu Talha sends his pointed message to Muslims in Germany: “Emigrate!” He emphasizes that the priority is for Muslims to join the jihad in Syria, but if they are unable to do so, they at least should move to a country like Turkey, where, as he puts it, “somewhat Islamic” conditions prevail. “The countries of the kuffar [unbelievers] are nothing for Muslims,” he proclaims.

Asked what a Muslim should do if he lacks the financial means to join the jihad in Syria, Abu Talha responds with a wry smile, “Alhamdulillah [praise God], the German welfare state has Hartz IV,” referring to Germany's unemployment benefits program. “Save for a few months,” he advises. “You won’t need much.”

Toward the end of the interview, Abu Talha removes his knit cap to reveal a long scar corresponding to the deep wound visible in the Tauhid-Germany footage. Alluding to his injuries, he reveals that he is “partially paralyzed,” but insists that he will continue his “work” in Syria.

In the latest video from Abu Talha, posted at the beginning of February by GIMF, he can be seen distributing winter clothing to children in rebel-controlled territories. Abu Talha notes that the relief aid, contributed by donors in Germany, is being provided to him by Jabhat al-Nusra. Despite being the local jihadist faction officially endorsed by the “core” al-Qaeda of Ayman al-Zawahri, Jabhat al-Nusra has lately been favored by Western policymakers and media commentators as somehow more “moderate” than its rival, the Islamic State of Iraq and al-Sham (ISIS).

Abu Talha makes it clear that he rejects such Western attempts to play favorites among jihadists, noting that he would just as gladly accept an invitation from “the State” (ISIS) as from Jabhat al-Nusra. “God willing, we will all come together under one flag,” he concludes, “the flag of ‘There is no God but God and Muhammad is his Messenger.’”

The number of Europeans fighting with jihadist factions in Syria is currently estimated to be upwards of 2,000. German intelligence estimates that at least 270 recruits have been from Germany. As in the case of their German counterparts, the focus of other European officials more generally has been on the potential threat that these fighters might represent for their countries of origin.

Evaluation of any such threat would undoubtedly need to be conducted on a country-by-country or even case-by-case basis. Abu Talha’s disdain for and simultaneous disinterest in his country of origin is by no means atypical. What is clear for the moment is that the European jihadists represent an immediate threat to the prospects for peace in Syria. 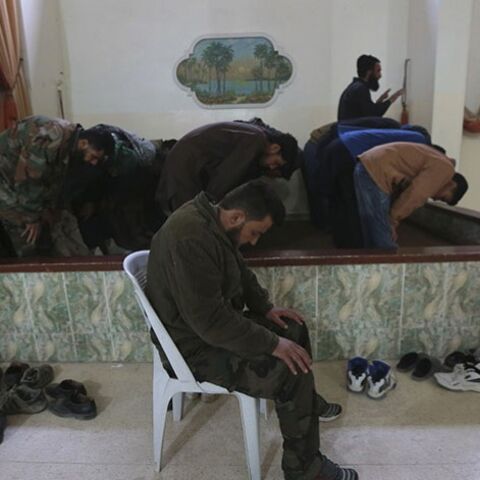