Turkish Foreign Minister Ahmet Davutoglu said the Turkish-Israeli relationship is closer to normalization than ever. 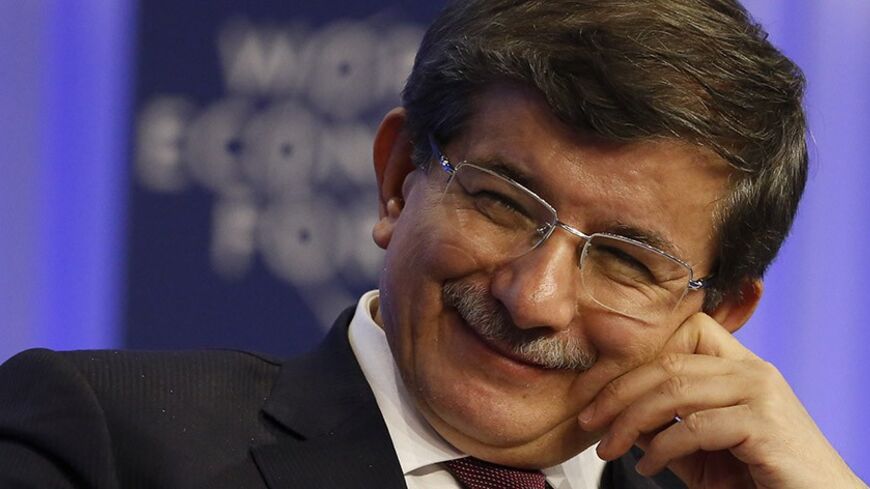 After almost four years of stalemate due to the deadly May 2010 Mavi Marmara incident, Turkish Foreign Minister Ahmet Davutoglu said Sunday [Feb. 9] that the Turkish-Israeli relationship is closer to normalization than ever. Stressing that the two countries have narrowed their differences in the last round of compensation talks begun in April 2013, Davutoglu said, “Compensation is not only important for its monetary value, but it is also an important indicator that we are watching out for the legal rights of our citizens. The talks for the finalization of the deal are ongoing. With the compensation paid, there would be yet another step taken toward shipping humanitarian aid to Gaza and Palestine. The apology was a historic step. It was a historic success. It will be yet another crucial step with the payment of the compensation. We are at the closest point of normalizing relations with Israel.”

While Davutoglu still expects Israel to do more about lifting the Gaza blockade, he hinted on Nov. 8 that Israel has already met Turkish conditions about it. The Turkish government put forward three conditions for Israel to meet after the Mavi Marmara incident: an official apology, compensation and lifting of the Gaza blockade. Israeli Prime Minister Benjamin Netanyahu delivered the apology in March 2013, and the compensation talks sounded finalized. As for the Gaza blockade, Davutoglu said, “To tell you the truth, … the change of power in Egypt has significantly impacted the developments regarding Gaza. And a significant majority of all the aid going to Gaza now is delivered through Israel. The border gate from the Egyptian side to Gaza is closed.”

The Turkish government indeed has been deeply disappointed about the developments in Egypt and Syria, as well as facing some real challenges in relations with Iraq. From talking about having zero problems with neighbors before the revolutionary developments started to storm various Arab countries, Turkey has now moved to living with unstable countries at its borders. What remains unchanged, however, is that Israel remains a strong regional country where Turkey’s trade volume keeps going up despite the political rift between the two sides. Turkey withdrew its ambassador from Israel immediately after the Mavi Marmara incident; Israel has not had an ambassador in Ankara since summer 2011. Both countries lowered their representation to the second-secretary level.

With Davutoglu’s positive outlook, the question is whether this deal could depend on the election timelines in Turkey. While there was much speculation in the Israeli media as well that no deal could be finalized before the local elections on March 30 in Turkey, there is another way of looking at it. Turkish Prime Minister Recep Tayyip Erdogan could present the normalization of relations with Israel as a success story to the people, including his hard-core Islamist-based constituency, stressing that Turkey made Israel meet all three conditions it set. Moreover, Erdogan could also convince his constituency that this would better help Palestinians, and allow Turkey the opportunity to directly engage with the Israelis on this critical issue. And Erdogan might also put the international community’s concerns on hold again about the direction that his policies are taking Turkey, especially since the graft probe became public on Dec. 17, and a war broke out between his camp and the followers of the US-based Sunni religious leader Fethullah Gulen. As Davutoglu framed it in his remarks, this could indeed be the Erdogan government’s long-awaited success story in its foreign affairs.

The critical dilemma in sealing the deal, however, seems to rest on the shoulders of the Turkish government. Israel asked Turkey that all legal steps against Israeli officials and soldiers be dropped, and that the Turkish parliament ratify the deal. While the opposition party members might not be against normalizing relations in principle with Israel, they might spare no opportunity to put the Erdogan government into a difficult position. Because, technically speaking, Erdogan seems to have given a promise to the Israeli side that he cannot legally fulfill. The parliament makes the laws, but it is the courts’ duty to implement those laws. In brief, however low the nation’s trust in the judiciary, the Erdogan government needs to delicately calculate and implement this part of the deal without further hurting the country’s checks-and-balance system. The ultimate question therefore becomes whether they will have the political will to do it.

Erdogan blamed Israel as a conspirator behind the Gezi Park protests of late May and early June, and he has hinted since the Dec. 17 graft probe that the Gulenists in the judiciary and elsewhere were being used as pawns of countries like the United States and Israel. While it won’t be easy to shift the narrative so quickly, politicians are capable of doing unprecedented things. Also, Israel-bashing has lost its effectiveness since the revolutionary developments took over in the Arab world.
Moreover, while Turkey has sort of trapped itself in the region by talking too much about its ambitions, the fact of the matter is that it does not have a healthy, manageable relationship with any of the countries that have hydrocarbon reserves. These countries are Egypt, Israel, Lebanon, Syria (embroiled in a civil war) and Cyprus. However, because these countries don’t have the best relationships among themselves, Turkey could actually play the go-between with its "soft power" once it normalizes the relationship with Israel.

To make a long story short, a Turkey that positions itself in the region with an ambition of asserting the old Ottoman influence is not what these countries with hydrocarbon reserves want to see as a partner and turn into an energy hub. Turkey badly needs a more balanced and nuanced approach to exert its soft power not only to promote its best interests in the region but also regional stability. But it may be only naivete to tie the normalization of relations with Israel to expecting Israel to give Turkey the key role in delivering its natural gas to international markets. Too much water has passed under the bridge while the two sides kept trade ties strong, but hydrocarbon is a key denominator for national security and these countries need to watch out for their interests.

In sum, it could be wiser to approach these two issues separately, while speculating that Israel will wait until after the elections in Turkey before making its final decision about a potential pipeline for its hydrocarbons. Let them first start by being represented at the ambassadorial level in each other’s country.