A recent altercation between a senior Fatah leader and a member of the Palestinian parliament could signal a widening rift among various Fatah factions. 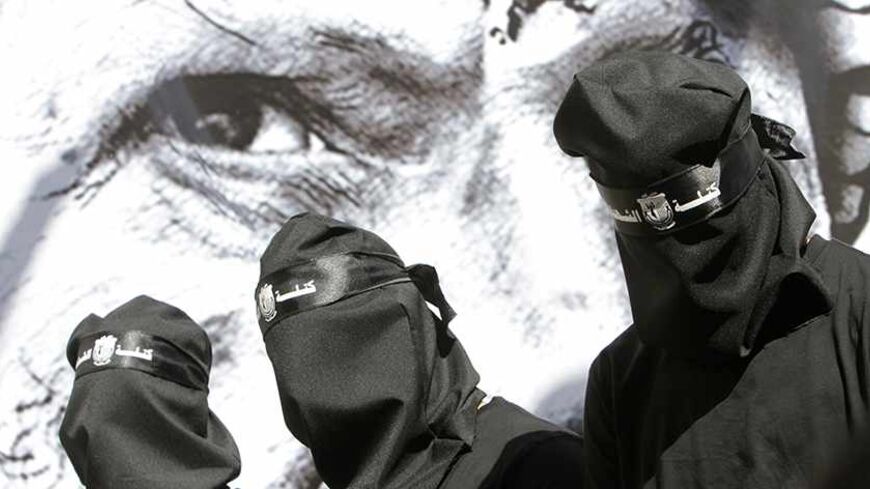 At face value, the slap in the face senior Fatah leader Jibril Rajoub received from a member of the Palestinian parliament does not constitute material for a news analysis. The strike by parliament member Fateh Abu Rub that occurred Dec. 18 in the Grand Park Hotel's lobby in Ramallah was resolved relatively quickly, as the two Fatah leaders issued simultaneous statements saying that they have agreed to forgive and forget.

What makes this altercation different is that it might be an early warning to the leadership tug-of-war that is expected in the aftermath of the reign of Palestinian Authority Chairman Mahmoud Abbas. On Jan. 1, 2014, Fatah celebrated its 49th anniversary with mixed expectations as to its future.

The danger behind what occurred in the hotel lobby, as Palestinians were preparing to meet the Chinese foreign minister, is that it reflects geographic and tribal sensitivities as well as political ones. Supporters of Rajoub, who comes from the Hebron area town of Dura, and Abu Rub, who comes from the Jenin area, were ready to defend their respective leaders.

But the more dangerous struggle that this physical quarrel reflected concerns no other than the controversial Fatah Central Committee leader Mohammad Dahlan. Abu Rub — who also goes by the nickname Hitler — is said to be a supporter of the Gaza leader who is living in exile in the United Arab Emirates pending attempts to reconcile between him and Abbas.

Abu Rub told local media that he slapped Rajoub because the latter’s body guards had beaten him up weeks earlier and that his complaints to the president and Fatah leadership have gone without any comment. After the slapping incident, Abu Rub’s supporters say that Rajoub sent his men to Abu Rub’s home in Jenin and that they attacked his wife. Rajoub denies having ordered anyone to go after Abu Rub, but he did ask for and received a decision by the Fatah leadership to remove the Jenin member of parliament from the national movement. Abu Rub says that he does not recognize the quick decision, which he says contradicts the bylaws of Fatah that among other things require the accused is given a chance to defend himself.

Abbas has been publicly silent on the incident, although Palestinian sources believe that he was happy to see yet another Dahlan supporter being ostracized from the movement.

Abbas, who has not appointed a deputy or stated his preference, is waiting for the reconciliation process with Hamas to happen so that new elections can take place. Abbas does not plan to run for president, although aides believe he will continue to hold the more senior position of the chairman of the Palestine Liberation Organization, which has superior powers over the Palestinian presidency. All the negotiations with Israel are held with the PLO and not with the Palestinian presidency.

Rajoub, who has been active in Palestinian national sports as head of the soccer and Olympic committees, is among a few of the leading contenders for Abbas’ position as president of the Palestinian government but also as chair of the Fatah movement.

While internal fighting within liberation movements is commonplace, the latest row in Fatah is a reflection of the coming tensions within the movement. What is important is that in the nearly 50-year history of the leading Palestinian national movement, differences have never been resolved by extreme violence or assassinations. A slap in the face or a punch in the nose is perhaps the most gregarious act that can take place between warring factions or personalities.

The Abu Rub-Rajoub squabble will be forgotten soon, but the underlying risks of a much more dangerous power struggle between various Fatah factions will unfortunately not end any time soon.